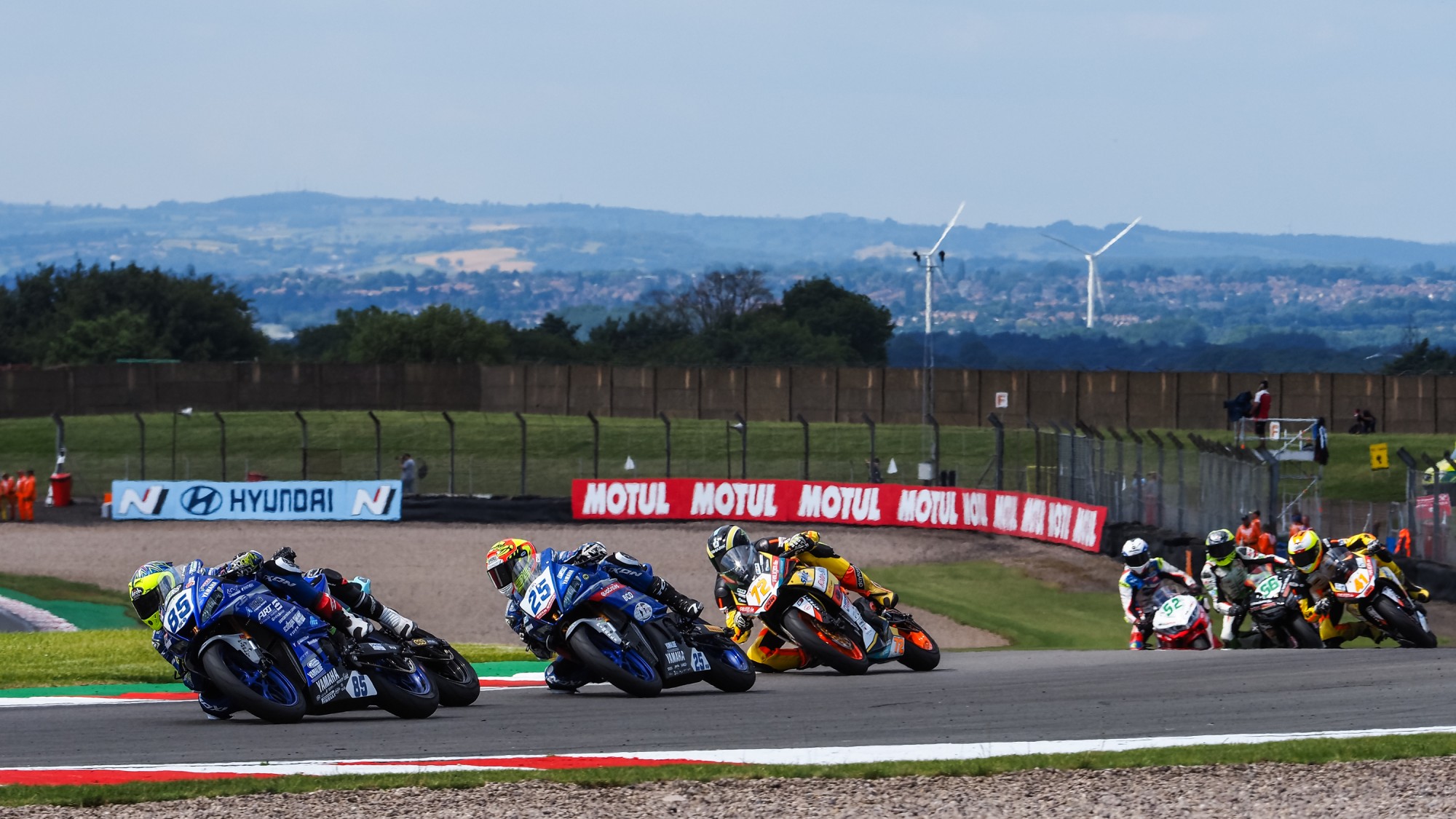 With a podium made up of riders of different nationalities and from outside the front three rows, it was a memorable weekend for WorldSSP300!

WorldSSP300 has never disappointed since it’s inauguration into the WorldSBK paddock in 2017, creating special moments in the sport of motorcycle racing, whilst also making history too. At Donington Park however, it was another special experience, as all three riders came from outside the front three rows to achieve a podium. Andy Verdoïa was scheduled to start from the front row in second place but he, along with pole-sitter Ton Kawakami (BCD Yamaha MS Racing) were sent to the back of the grid for incorrect tyre pressures on the grid.

The podium was the third time this season that there’s been three riders from different nationalities, whilst it was the eighth time overall that it had happened. In fact, in terms of nationalities scoring points on a whole, there were a total of eight different countries inside the top ten, with only The Netherlands getting more than one rider inside it.

Outside of the top half-dozen, it was a best performance in WorldSSP300 for a Czech rider, with Oliver König (ACCR Czech Talent Team – Willi Race) in seventh, after securing the country’s best grid position in eighth. Dino Iozzo (Nutec – RT Motorsports by SKM – Kawasaki) took a career best finish in ninth place, as the South African took the rainbow nation’s first top ten of the season, along with his first points. Tom Bramich (Carl Cox – RT Motorsports by SKM - Kawasaki) was the best Australian, completing the top ten, achieving his first WorldSSP300 points with his best result of the year too.

All in all, seven of the top ten riders achieved career best results and they all came from far back to do it. Whilst Sabatucci came from tenth on the grid, Andy Verdoïa came from the very back, in 35th place. Nick Kalinin always raced up the order, having started 30th.  Jan Ole-Jahnig (Freudenberg KTM Junior Team) came up from 31st to finish fifth, whilst former race winner Koen Meuffels (Freudenberg KTM WorldSSP Team) was 8th, up from 24th.

One place behind Meuffels, Iozzo’s career-best ninth was all the way from 25th. Not one of the point-scorers dropped positions compared to their starting place – the only rider who stayed where he started was Enzo De La Vega (Team MHP Racing – Patrick Pons), as he was rooted to 14th. The records had already started on Saturday, with Ton Kawakami giving Brazil its first EVER pole position, not just in WorldSSP300 but any championship in the WorldSBK paddock.

Watch more history in the making in WorldSSP300, with the WorldSBK VideoPass!