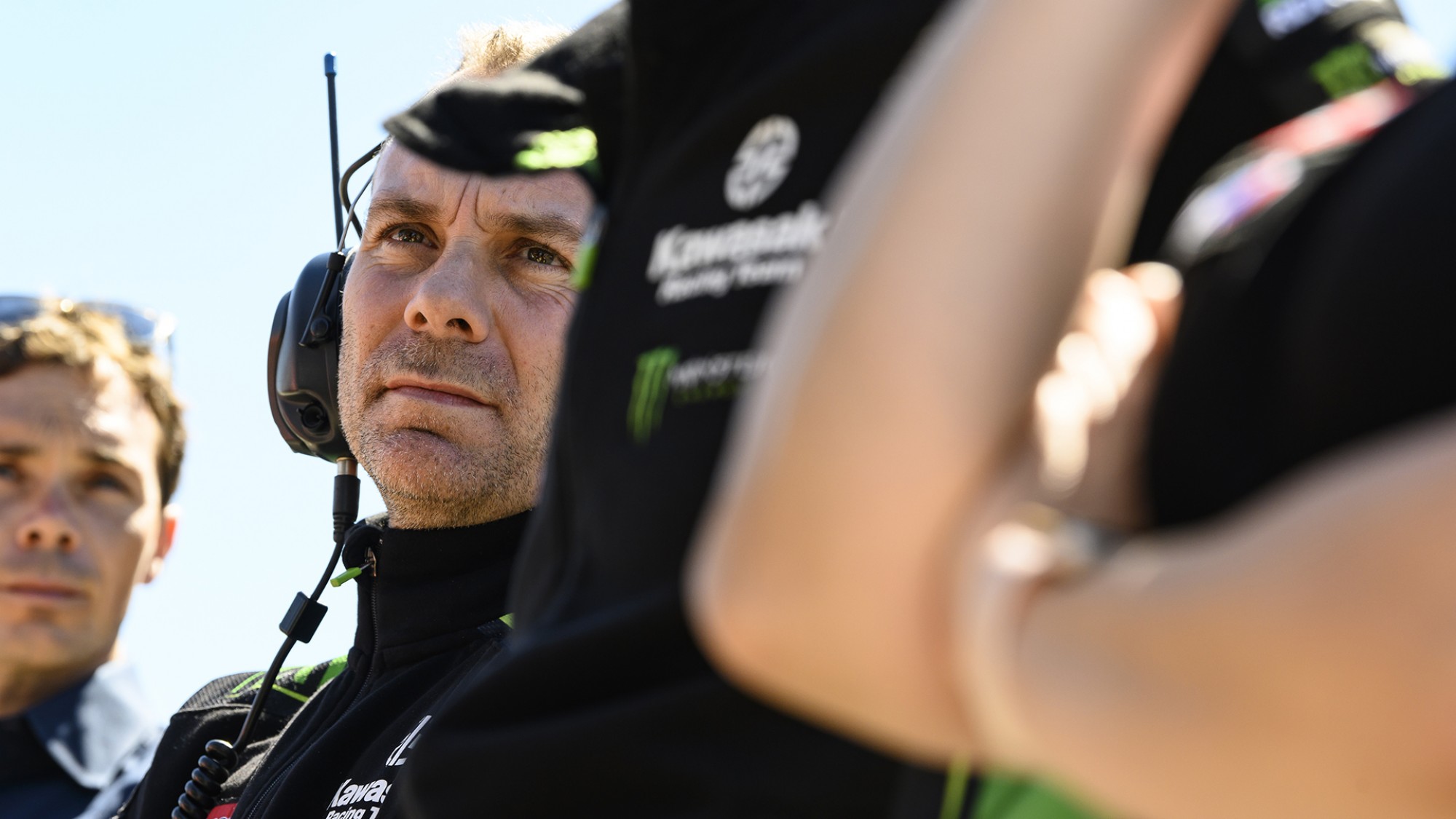 Facing an uphill challenge for the first time since Jonathan Rea (Kawasaki Racing Team WorldSBK) joined the green brand, speculation is already rife over the future steps that Kawasaki will take in the MOTUL FIM Superbike World Championship.

The ZX-10RR, one of the most dominant machines in the series’ history, has so far been unable to match the sensational pairing of Álvaro Bautista (Aruba.it Racing – Ducati) and the Ducati V4 R after four rounds. While focus is primarily on Round Five at Imola – a circuit which has been particularly kind to the four-time champion in recent years – key figures inside the team are pondering long-term solutions that would allow Kawasaki to go toe-to-toe with their Italian counterparts.

Guim Roda, Team Manager for KRT, discussed the future of the Japanese manufacturer in World Superbike with Radio Marca. While the Spaniard was eager not to discuss the topic too openly – “I can’t and mustn’t get ahead of myself!” – he did hint at a possible direction Kawasaki will take in future seasons.

“We’ll have to see, for 2020, future models and future ways to plan the production of our bikes, to which extent can we work with the same philosophy as Ducati, in terms of making small-scale production models”, Roda comments. “Two years ago, we already had the [ZX-10] RR. We’ll have to see if something can be done”.

Pressed further on the issue, he adds: “Right now, what has been spoken about internally is our determination to never give up and to give Jonny a product that would allow him to face up to Bautista. We need to adapt the product to the requirements needed to win a World Championship”.

Future talk aside, motivation is at an all-time high inside the Provec Racing squad, who feel like they have a point to prove this season: “You need to avoid triumphalism when you win; but when you lose you need to find your motivation. Everyone in the team is eager to push Álvaro and Ducati against the ropes as soon as possible”.

How will the green machines fare on the winding track of Imola? Find out as the Pirelli Italian Round gets underway live and OnDemand on WorldSBK VideoPass!