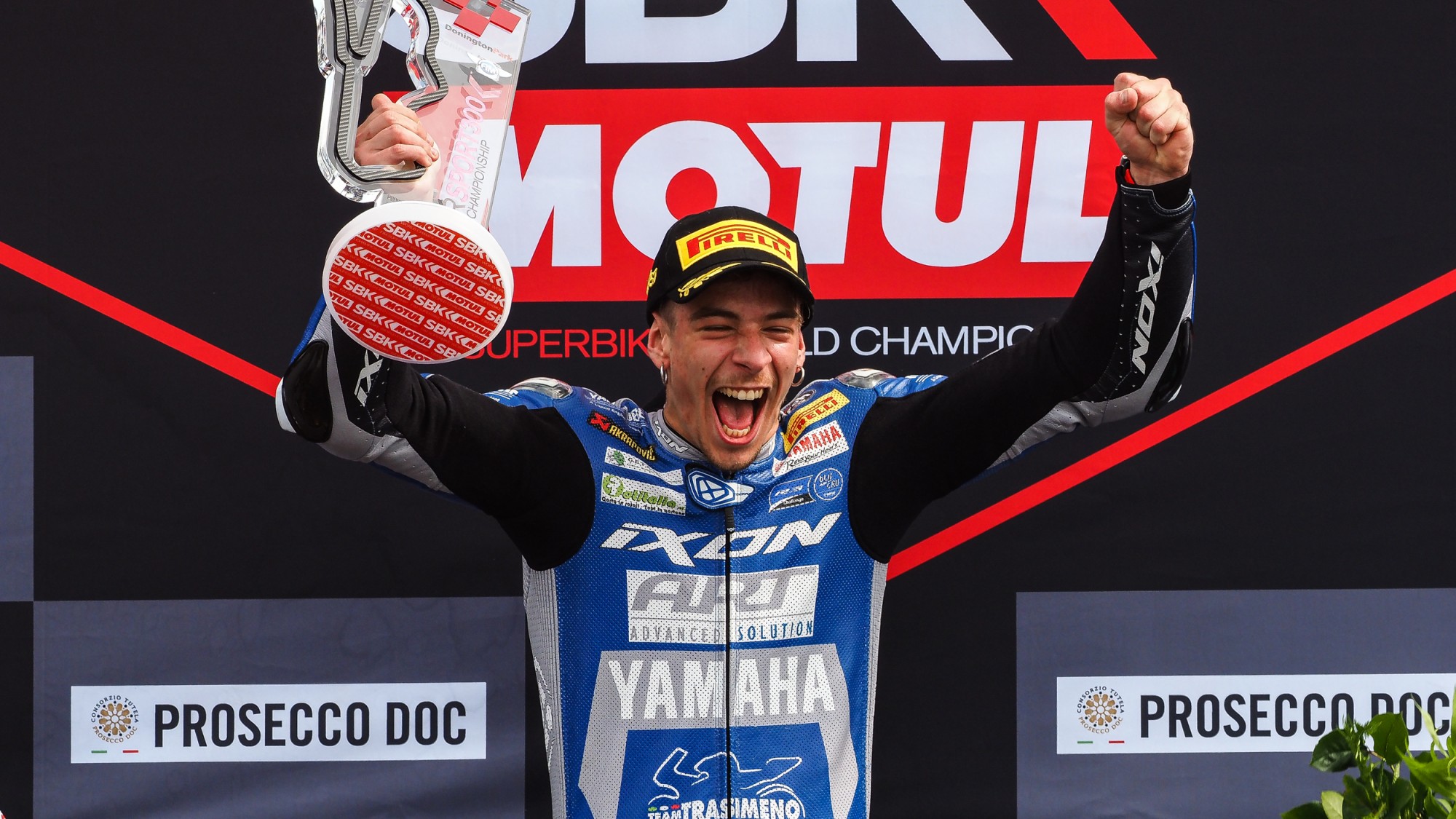 It was chaotic race in which calmness was the key for Italian rider Kevin Sabatucci to take a career first win at Donington Park!

It was a brilliant WorldSSP300 race for Kevin Sabatucci (Team Trasimeno Yamaha), as he took a career first WorldSSP300 victory in a chaotic race of attrition at Donington Park. The Italian gave his nation just its third win in the class, whilst being at the forefront of the third podium of the season to feature three different nationalities. The Italian’s first win was also his first podium in the class this season, adding to the occasion and making it even more memorable.

Starting with Lap 1, Sabatucci made an aggressive start from tenth on the grid and by the end of the opening circulation, was in fifth place. However, it wouldn’t be easy for the 20-year-old, as he dropped back to sixth in what was a feisty chasing group, looking to go after Galang Hendra Pratama (Semakin Di Depan Biblion Motoxracing) and Bruno Ieraci (Kawasaki GP Project). Soon, it was chaos, as the leading duo were caught and passed. Huge De Cancellis (Team Trasimeno Yamaha) crashed out of the lead and took Ieraci with him at the Foggy Esses, whilst with just two and a-bit laps left, Hendra Pratama suffered a huge accident and was taken out of contention at Turn 11.

This left Sabatucci to take the win ahead of Andy Verdoïa (BCD Yamaha MS Racing) and Nick Kalinin (Nutec – RT Motorsports by SKM – Kawasaki), something he was extremely happy about: “The race was very difficult; at the start of the race I saw that Andy Verdoïa was starting from the back, but I also knew that he can come to the front. I said, ‘OK, this is a crazy race, so I must stay calm’ and that in the last laps, I must go in front! In the last laps, I did a good job! On Sunday morning, I woke up and I thought about this moment. But until you win, this is only a thought! However, now it is real, I can’t believe it!”

Now, the Italian is elevated into tenth in the championship standings, having been 21st before the round. Now, with a length break in the calendar, Sabatucci will hope to come back fighting hard in Portugal at the Portimao circuit.