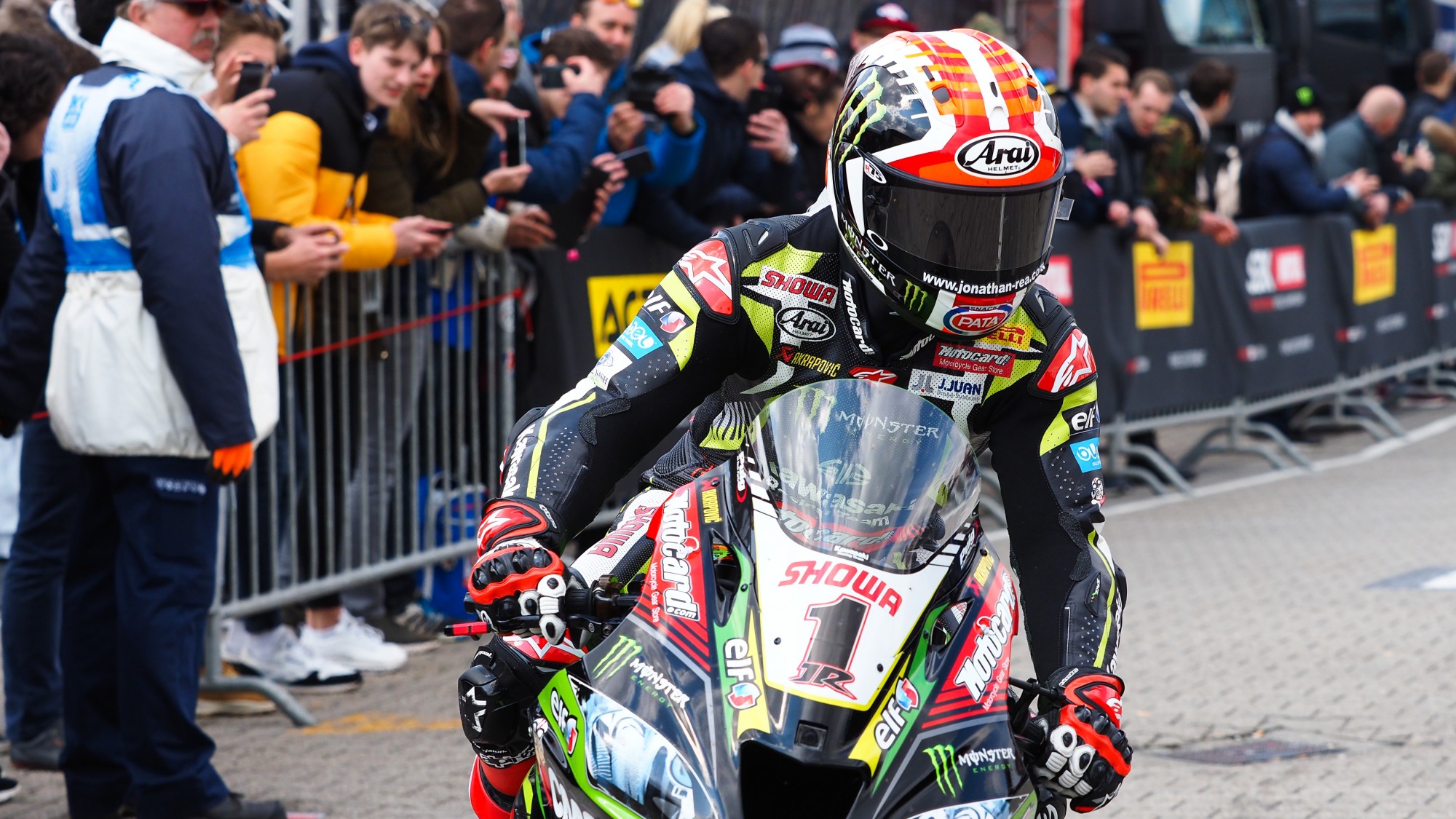 Jonathan Rea’s streak without a race win may have continued at Assen in The Netherlands, but the reigning four-time World Superbike Champion was once again in the thick of the battling for second position, particularly in Race 2. The Ulsterman and home-hero Michael van der Mark (Pata Yamaha WorldSBK Team) clashed on the final lap, as both chased second position in front of the expectant Dutch crowd

Having left Assen without a win for the first time since 2013, Rea remained in a joyous mood after the weekend had been completed, saying: “The only thing that changed this weekend was the amount of time to eat my lunch was shorter! I really enjoyed today, this is like the real Superbike; having two long races in the day to prepare for mentally and physically. In Race 2, I felt OK in the beginning. I got an incredible start, it must have been that lunch! I have no idea how I made that start!”

Having settled down from his lunch – or launch – Rea led the opening portion of WorldSBK Race 2, backing Bautista up into the pack to try and ruffle the Spaniard. Bautista was having none of it however and with 16 laps to go, made his move at Turn 8, a difficult but not unconventional passing place. Despite Rea trying to fight back, Bautista’s teammate Chaz Davies got in on the action and also, momentarily, passed Rea.

“I knew I had to slow the pace a little bit, so no one could find a real rhythm, so that I could be there at the end. When Alvaro came passed me, his pace was incredible, especially in sector two it all the risks I could take to stay at the constant gap. Once I realised there was no chance of the win today, I took less risks and throttled back a bit. But then I had my hands full with van der Mark coming really, really fast!”

As the last lap approached, Rea and van der Mark collided at Turn 10, but both managed to stay upright and it was then down to a run to the finish line to decide in what order the podium would be completed in.

“Unfortunately, I used all my bullets trying to catch up to Alvaro, so I think we maximised the weekend and my team gave me a great bike. I felt really comfortable on the bike and the conditions have been difficult! We move on to Imola with two podiums and we have closed the gap to Ducati, so we will go to Imola and try to go through the Free Practices with a good base set-up and fight for the front again.”

Rea has taken six wins at the Imola circuit, having not finished outside of the top two in the last ten races at the circuit.

Find out what happens at the Pirelli Italian Round with the WorldSBK VideoPass! 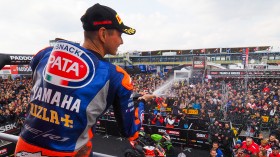