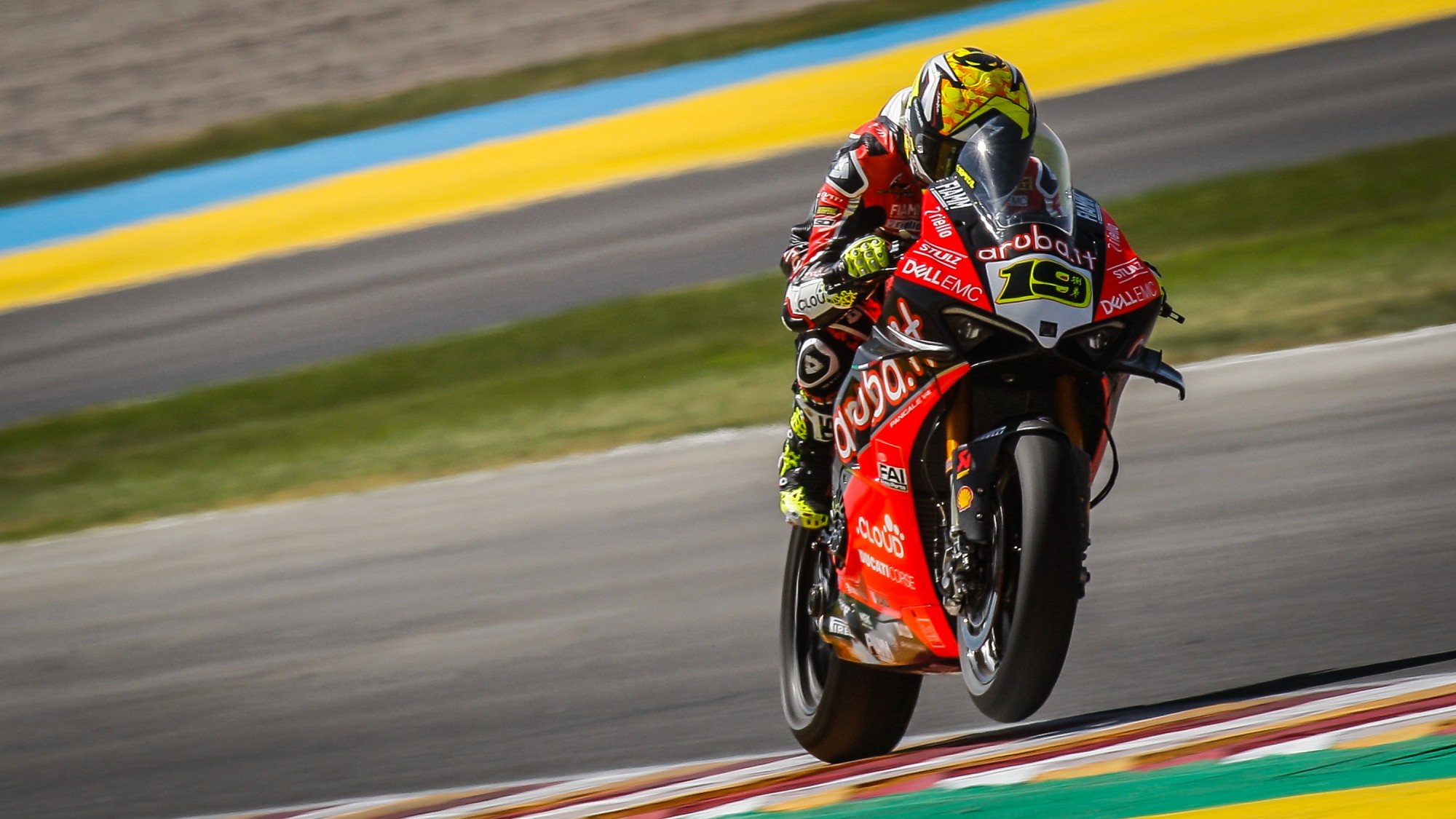 Another Friday has been completed in WorldSBK for Alvaro Bautista (ARUBA.IT Racing – Ducati), with the Spaniard romping to top spot on the opening day of action in Argentina. The rookie, who is guaranteed to be second overall in the 2019 MOTUL FIM Superbike World Championship standings, was just over a tenth quicker than his nearest challenger as Saturday and Sunday promises the prospect of fierce fighting in San Juan.

Having completed more laps on the opening day than any other rider, Alvaro Bautista took his Ducati Panigale V4 R to the top in what will be his penultimate round aboard the bike. Setting consistent lap times and consolidating his strong pace on a track he has never been to before, Bautista looks like he is back to his scintillating best, after a difficult Magny-Cours saw him off the podium in all races. Will he be the rider to beat in South America this weekend?

Speaking after FP2 on Friday, Bautista said: “In the morning, I did a lot of laps and also in the afternoon, I think I was the rider who did the most laps. For sure, it is not easy to learn so in the conditions, I didn’t push to the limit, to have more time to think about the track and not the set-up of the bike.

With Jonathan Rea (Kawasaki Racing Team WorldSBK) already Champion in 2019, Bautista has a big enough gap back to Alex Lowes (Pata Yamaha WorldSBK Team) in third place to relax, with second place becoming unequivocal in his rookie campaign. However, he will still want to raise the bar and win as many races as possible, potentially setting a record in terms of race wins.

Watch more fierce action from Argentina unfold tomorrow, when Tissot Superpole and Race 1 headline the action. Catch it all on the WorldSBK VideoPass!