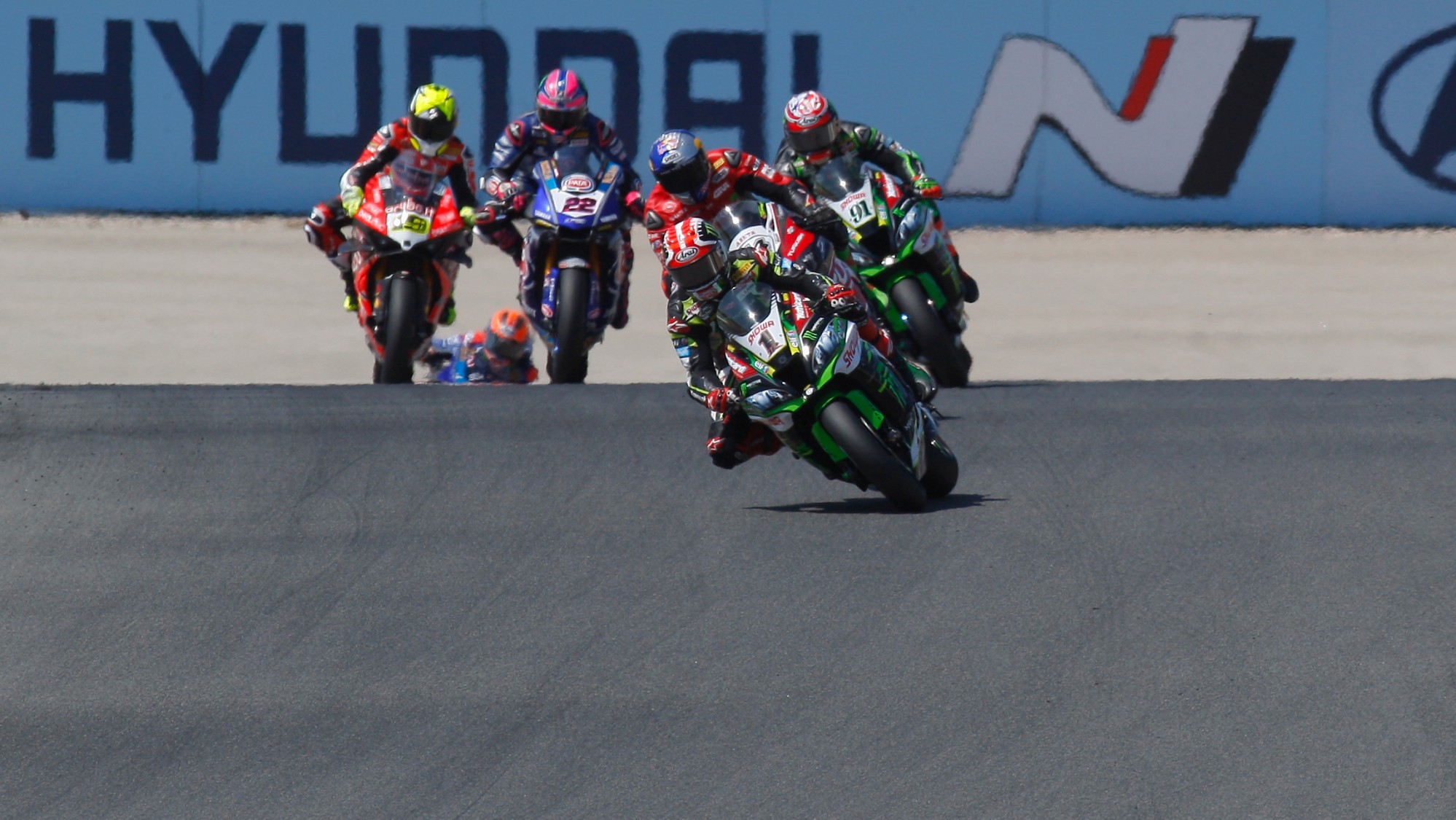 Riveting, electrifying and unpredictable: the MOTUL FIM Superbike World Championship is coming into its final three events of the season, with the final European round of the year taking place at the Magny-Cours venue for the Pirelli French Round. Whilst the championship is still to play for, Jonathan Rea (Kawasaki Racing Team WorldSBK) reaches his first opportunity to make it five WorldSBK titles on the bounce, but there’s plenty of fight left in Alvaro Bautista (ARUBA.IT Racing – Ducati) and the rest of the opposition just yet.

Dogged determination and unrivalled resilience – Jonathan Rea would never have imagined wrapping the championship up at Magny-Cours after the first 11 races of the season. But that is the situation that the Northern Irishman finds himself in, as he goes in search of title number five at the technical French track. Having achieved the double at the track in 2018, Rea’s form at Magny-Cours is good in recent years: three more wins, three further poles and four other podiums. Can anyone topple the championship-elect?

34-year-old Alvaro Bautista is Rea’s nearest – and only mathematical – challenger in the race to the crown in 2019. Having never been to the Circuit de Nevers Magny-Cours, Alvaro Bautista’s prospects of taking points away from Rea seem slim – although 2019 has already dealt the unforeseeable. “Until the mathematics say no, you have to fight” was what the Spaniard declared after his Race 2 win at Portimao and it is that mentality that will keep the fight alive. Will he rock up to another new track and put Rea’s championship celebrations on ice?

The battle for third place in the overall standings is still raging on behind the leading duo, as Alex Lowes (Pata Yamaha WorldSBK Team) heads teammate Michael van der Mark by just five points. Lowes may be under threat from his Dutch teammate if last year’s form is anything to go by, so it could swap around, with a van der Mark podium combined with Lowes’ 18th in Race 1 repeating itself. And should both of them find themselves further down the field, then the third-place race really is on.

Leon Haslam (Kawasaki Racing Team WorldSBK) is fifth in the standings and has three podiums to his name at Magny-Cours, as well as his last pole position to-date coming at the circuit in 2015. Behind Haslam by just six points is Toprak Razgatlioglu (Turkish Puccetti Racing), with the 22-year-old Turkish rider aiming for a podium at a seventh different circuit of the season – will he better his eighth place from Magny-Cours last year? 19 points further back, Chaz Davies (ARUBA.IT Racing – Ducati) will look to utilise his three wins at Magny-Cours in order to close in on the battle for third.

A tricky Portimao for the BMW Motorrad WorldSBK Team has left Tom Sykes right on the edge of the battle for third in the championship, as he is 66 points adrift of Alex Lowes. Sykes was a double winner back in 2013 at Magny-Cours, although BMW as a manufacturer have never achieved a victory. Sykes’ teammate Markus Reiterberger is still fighting for a ride in WorldSBK and heads to Magny-Cours in search of his first top ten since Imola. A best result of 12th at Magny-Cours will see the German rider keen to improve.

At last, it is a welcome return to action for Leon Camier (Moriwaki Althea Honda Team), who has been out of racing since his Tissot Superpole crash at Imola, back in May. The British rider has been undergoing an extensive rehabilitation programme which will see him back in action this weekend. He was a race leader at Magny-Cours for MV Agusta in 2017, although he was ninth for Honda last season in Race 2. Camier, if he passes a medical test, re-joins Japanese teammate Ryuichi Kiyonari, who has never scored points at Magny-Cours in WorldSBK.

The battle for the Independents may be being won by Toprak Razgatlioglu but there’s plenty of battles behind, as the GRT Yamaha WorldSBK riders of Marco Melandri and Sandro Cortese battle for top honours in their team. Melandri has only won once at Magny-Cours, back in 2014, although he has five other podiums to his name – the last one in 2017. Cortese on the other hand has only been there once and will hope to make it two consecutive front rows following his Portimao success.

Never discount other Independent riders either, such as Eugene Laverty (Team Goeleven), Jordi Torres (Team Pedercini Racing) and Leandro Mercado (Orelac Racing Verdnatura) – all of which have had an element of success at Magny-Cours in the World Superbike category. Will more lie ahead for them in 2019?

Watch the Pirelli French Round of the 2019 WorldSBK season with the comprehensive WorldSBK VideoPass!