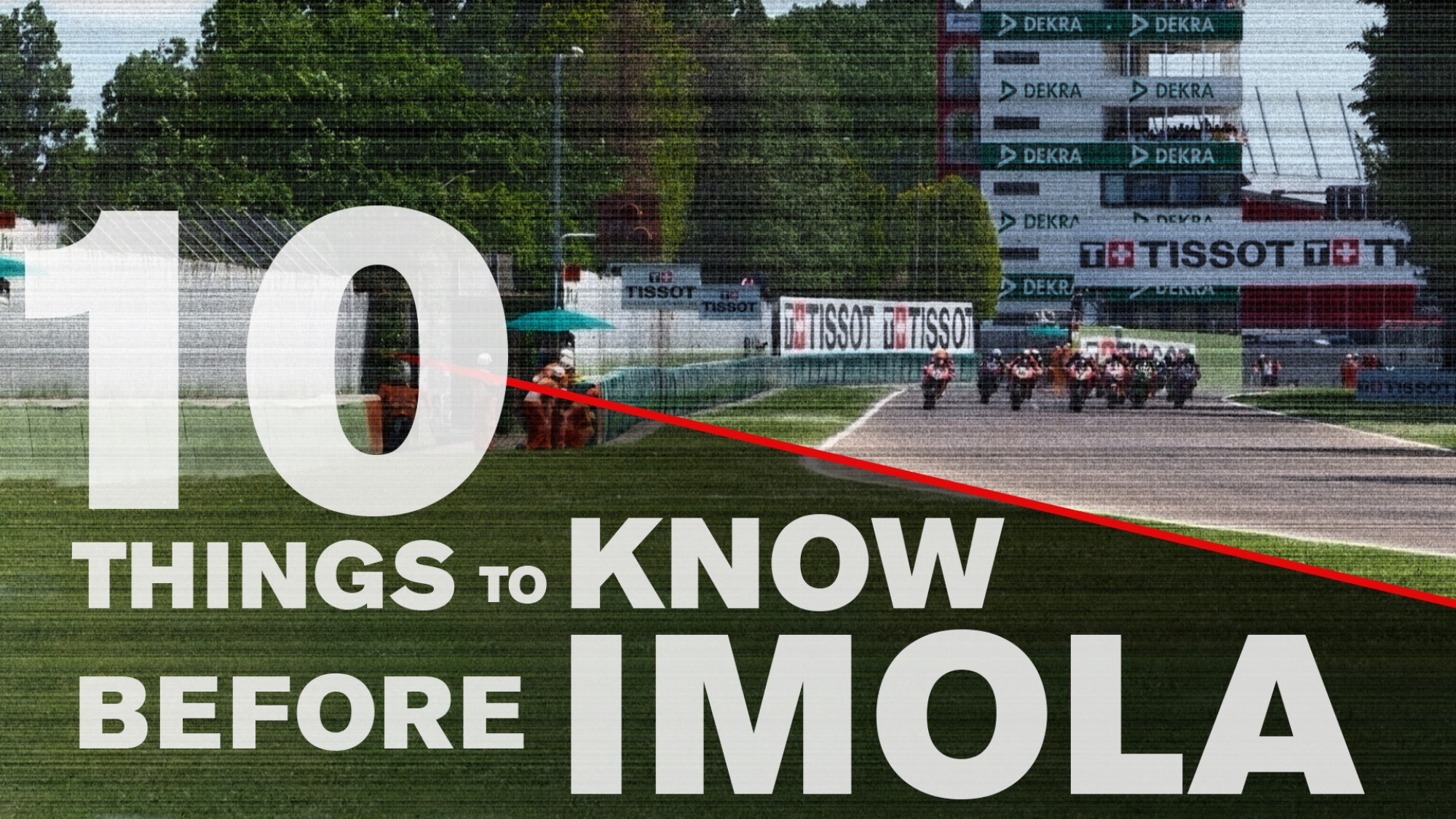 1. At the moment Imola is the 10th circuit for WorldSBK races run: 31. Within striking distance are Brands Hatch, Laguna Seca and Sugo, which have hosted 32 races each.

2. Imola is the track where Spanish riders triumphed the most: the only one in which they won 8 times. Their wins came thanks to Carlos Checa (5) and Ruben Xaus (3).

3. The last twelve races held here were all won by British riders (Sykes, Rea, Davies): a remarkable record for just one country at Imola, as the next best, is a string of three by Spain (all by Carlos Checa) from 2011 Race 2 to 2012 Race 2. The current streak began in 2013 with a double by Sykes.

4. Jonathan Rea is the only rider able to score four consecutive wins at Imola for two different manufacturers: Honda (2014) and Kawasaki (2015).

5. Marco Melandri is the only rider other than Davies, Rea and Sykes to have climbed on the podium here in the last three years, with a third in Race 1 both in 2017 and 2018.

6. Jonathan Rea finished all his last eleven races in Imola on the podium, either in first or second place.

7. So far Imola has had twelve different riders qualifying for pole out of 16 race weekends. The only riders who have scored more than one pole are present in the current field: Tom Sykes with 3 and Chaz Davies and Jonathan Rea with 2.

8. Eight years ago Tom Sykes recorded his maiden career pole at Imola: 47 more followed, to make him the all-time leader for poles in WorldSBK history.

10. 0.021 seconds – This is the smallest margin for a win in Imola: it was recorded in the 2nd 2001 Race, between Regis Laconi – at his maiden win and podium appearance- and Ruben Xaus. Xaus took revenge two years later, winning over Laconi with the most significant margin ever recorded here: 12.038 seconds (Race 2).