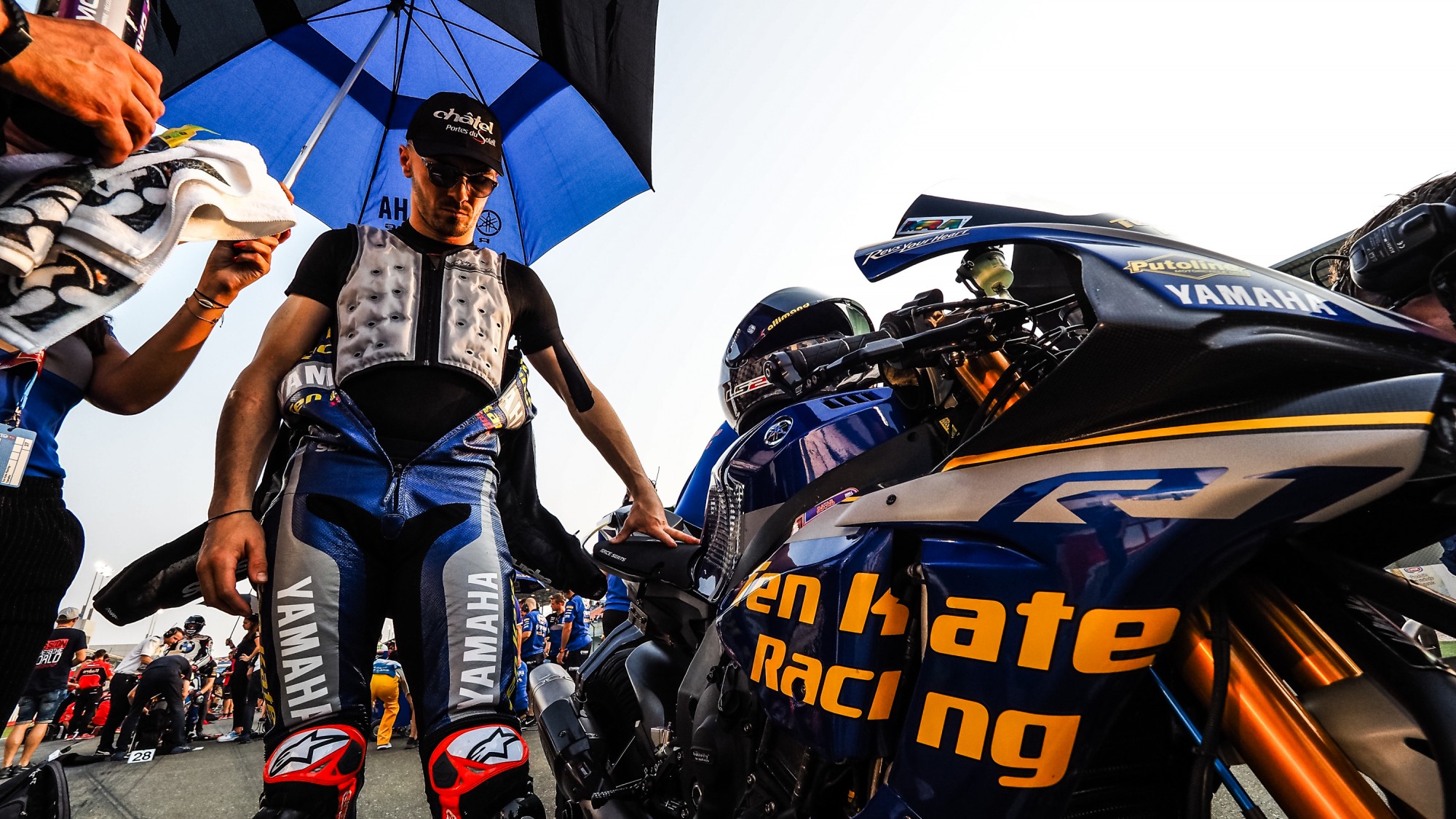 The French star put in a spirited comeback in the final race of the season to make for a 16th top ten finish of the year!

After not racing in the first five rounds of the Championship, Loris Baz (Ten Kate Racing – Yamaha) has had a phenomenal run of results that sees him round out the top ten overall in the 2019 WorldSBK Championship. The charismatic Frenchman’s season started at Jerez and since then, 16 top ten results – including three fourth-places – have helped Baz in to the top ten at the close of the season at the Losail International Circuit during the Motul Qatar Round.

Bad luck and misfortune hampered Baz in Race 2, as he tangled with another rider at Turn 1 and was sent all the way to the back of the pack. Gritted determination and a top ten aspiration motivated Baz to power through the field and at one point – besides the top three – he was lapping faster than anyone else on the circuit.

Baz was up to ninth by Lap 11 before settling down into a good rhythm, catching and passing Leon Haslam (Kawasaki Racing Team WorldSBK) for eight in the race, pipping Jordi Torres (Team Pedercini Racing) for the final place inside the top ten in the title race. Baz was one of four Yamahas inside the top ten at Losail in Race 2 and was less than half-a-second behind Michael van der Mark (Pata Yamaha WorldSBK Team).

Speaking after the race, Baz recapped what happened in the Tissot Superpole Race and in the early stages of Race 2: “We did really well in the Superpole Race. I had a great battle and I recovered step by step. I was able to challenge Michael van der Mark, I passed him a few times, but he always passed me back on the straight. So, I finished close behind him. We made some changes on the bike for the second race. I thought it would bring something positive, but it wasn’t the case. I was unlucky because Leon Camier hit me on the start. I found myself right at the back, but I pushed and recovered.”

The 26-year-old battled on hard throughout the weekend, with a seventh in Race 1 at the Losail International Circuit, and a seventh in the Tissot Superpole Race, up as high as sixth on the final lap. With his strong comeback in the final race of the season, Baz was able to pip both Torres and Sandro Cortese (GRT Yamaha WorldSBK) to the final top ten placing, despite competing in less races.

“I fought my way through to eighth position, fighting for the top five. Once again, I finished close behind factory machines. We were hoping for a podium but that will come. We know that our weak points are the starts and top speed. We will focus on that in the winter. I am happy with my pace in the second race.

“We managed to make a step forward with the bike. We finished 10th overall in the championship, having missed 15 races. Huge thanks to the whole team for all their work! I can’t wait to get back to work for next year. I think we can do some really nice things, having a good winter pre-season ahead of us.”

Watch Baz’s progress throughout the off-season and get all the latest ahead of 2020 with the WorldSBK VideoPass!