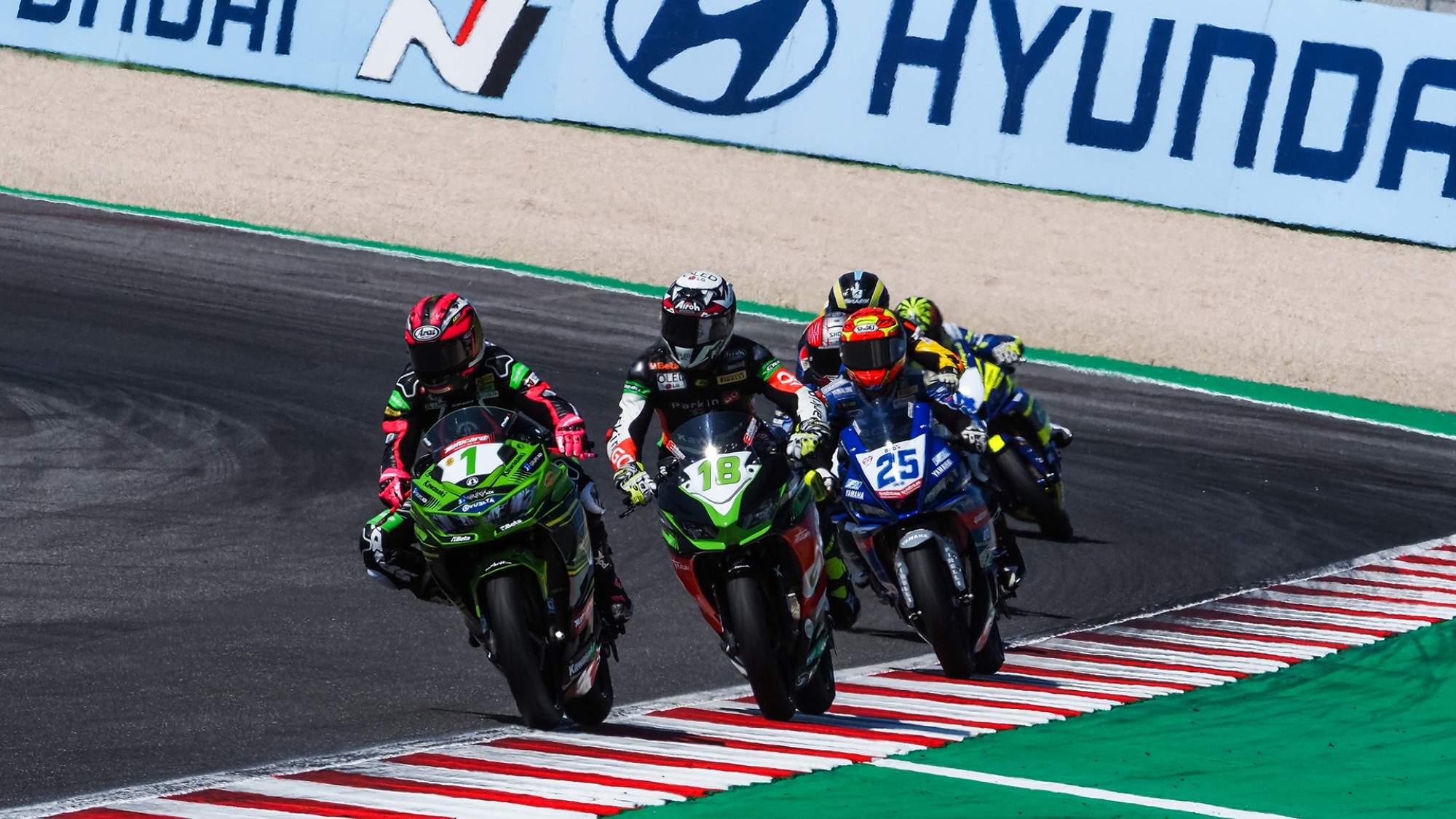 Two Spaniards who have plenty of WorldSSP300 wins: who will come out on top in the battle for champion?

The 2019 WorldSSP season is entering its final third, with the possibility of the championship being won at the next round in Portugal. 43 points separate Manuel Gonzalez (Kawasaki ParkinGO Team) and defending Champion, Ana Carrasco (Kawasaki Provec WorldSSP300), with it being an all-Spanish battle at the front of the field.

Manuel Gonzalez has taken an unprecedented three wins in 2019, with them all coming within the first four races. Coming into 2019 with three previous podiums, people expected great things from Gonzalez but not this great, nor this dominant. Sporting a 43-point lead after the Prosecco DOC UK Round, the 16-year-old Spaniard has the chance to wrap the championship up at Portimao on the return to action.

Speaking about his success, Gonzalez said: “This season is going very, very well; much better than my objectives. Three wins and one more podium is very good, and I think that we can continue in the same way. I want to win the championship in front of my friends because Portimao is near my house. During the tests, the team is working better than I have had before.

“There is no pressure, I am really calm, so the pressure is the same as always. In the holidays, I will try and rest as much as possible for my shoulder and recover in a good way. I need to exercise the shoulder but not force it; but either way, the holidays will be a good time for me.”

However, whilst leading the championship by 43 points from Ana Carrasco, the reigning World Champion’s qualities of resilience and determination will mean that it will not be won without a fight. Carrasco’s first podiums of the year came at Jerez, whilst her first win came with a brilliant, tactically-minded performance at Misano, Italy. Will she be able to put Gonzalez’ championship celebrations on ice?

“At the beginning, it was difficult,” began the defending champion. “I am happy with my performance however, and the team is working well. We are going really fast now, so I don’t think we can do anymore. I think we have to be happy with our work, as we achieved two podiums at Jerez and a victory at Misano. We need to keep working like this and arrive stronger in the second part of the season.”

Carrasco became the first ever female race winner at Portimao in 2017, so will hope to fight back strongly there: “The situation in the championship is quite difficult, but my only goal is to win races, as it is the only way to have an option of the WorldSSP300 championship. I will give my all and I have nothing to lose and only to win.”

Find out if Carrasco will overcome the gap or if Gonzalez will take the WorldSSP300 crown in Portugal with the WorldSBK VideoPass!