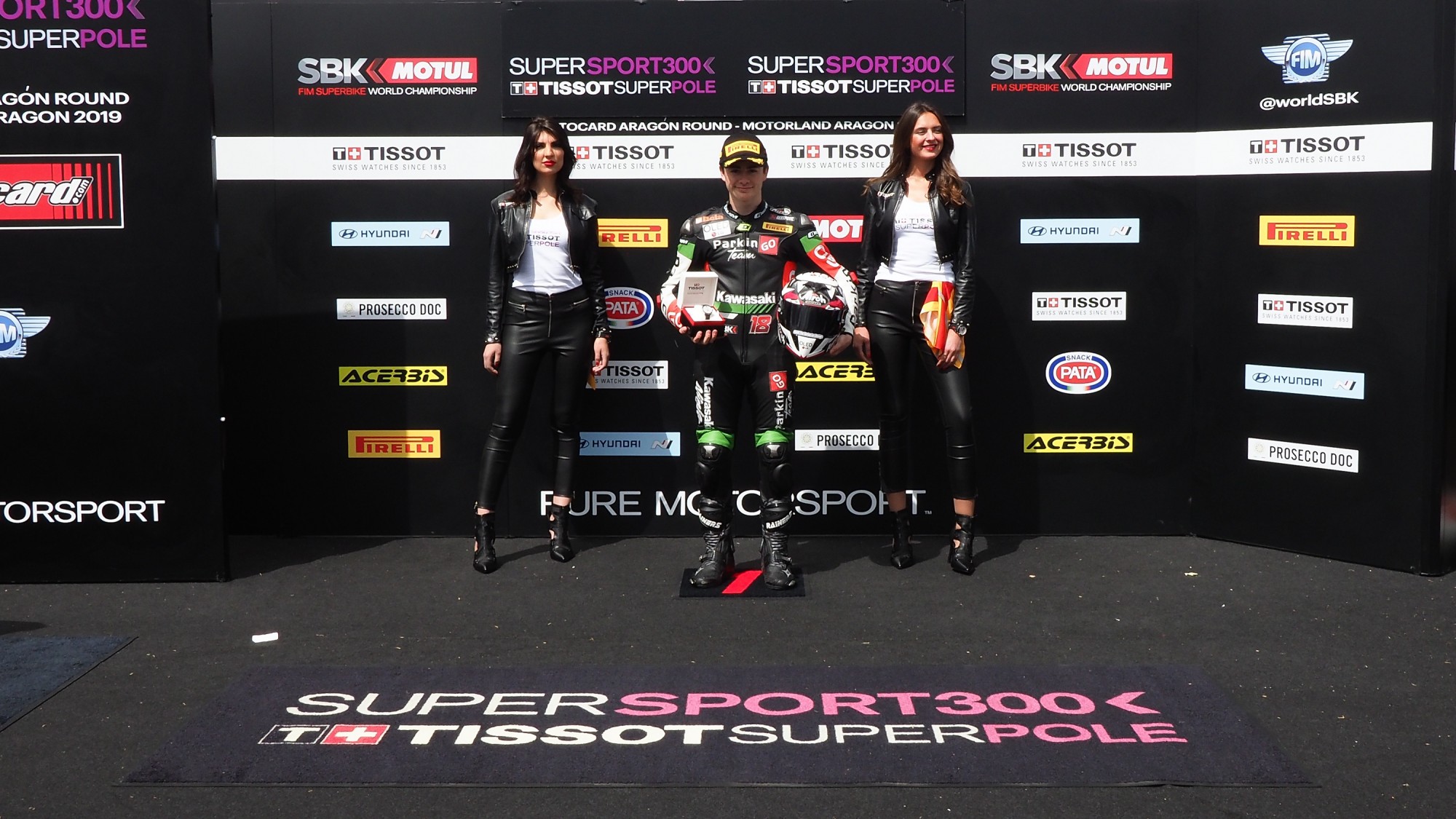 Joining him on the front row also from Group A is Indonesian rider, Galang Hendra Pratama (Semakin Di Depan Biblion Motoxracing) who is second, with fellow Group A rider Hugo De Cancellis (Team Trasimeno) completing the front row. With a gap of just 0.020 between first and second, it really is going to be a hard race to call on Sunday.

Row two sees Marc Luna Bayen (Kawasaki GP Project) in fourth place, ahead of the first of the Group B riders, Andy Verdoia (BCD Yamaha MS Racing), as the 16-year-old placed well in his fourth WorldSSP300 race of his career. Completing the second row is Guillem Erill (DEZA – BOX 77 RACING), making it three Spanish riders on the front two rows at home in Aragon.

Reigning champion Ana Carrasco (Kawasaki Provec WorldSSP300) will start 13th, whilst fellow title rival and 2018 3rd-placed overall Scott Deroue (Kawasaki MOTOPORT) is only 15th. Marc Garcia, the returning 2017 WorldSSP champion could only manage 24th at his home circuit on his come back.

Later on today, the Last Chance Race will take place, allowing the first six riders across the line to join the main grid for the main race on Sunday at 15:15 LT.

You can watch the main race and everything else from the Motocard Aragon Round with the WorldSBK VideoPass! 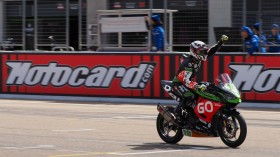 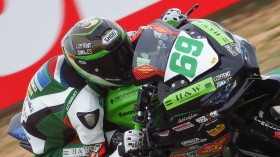 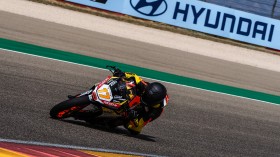