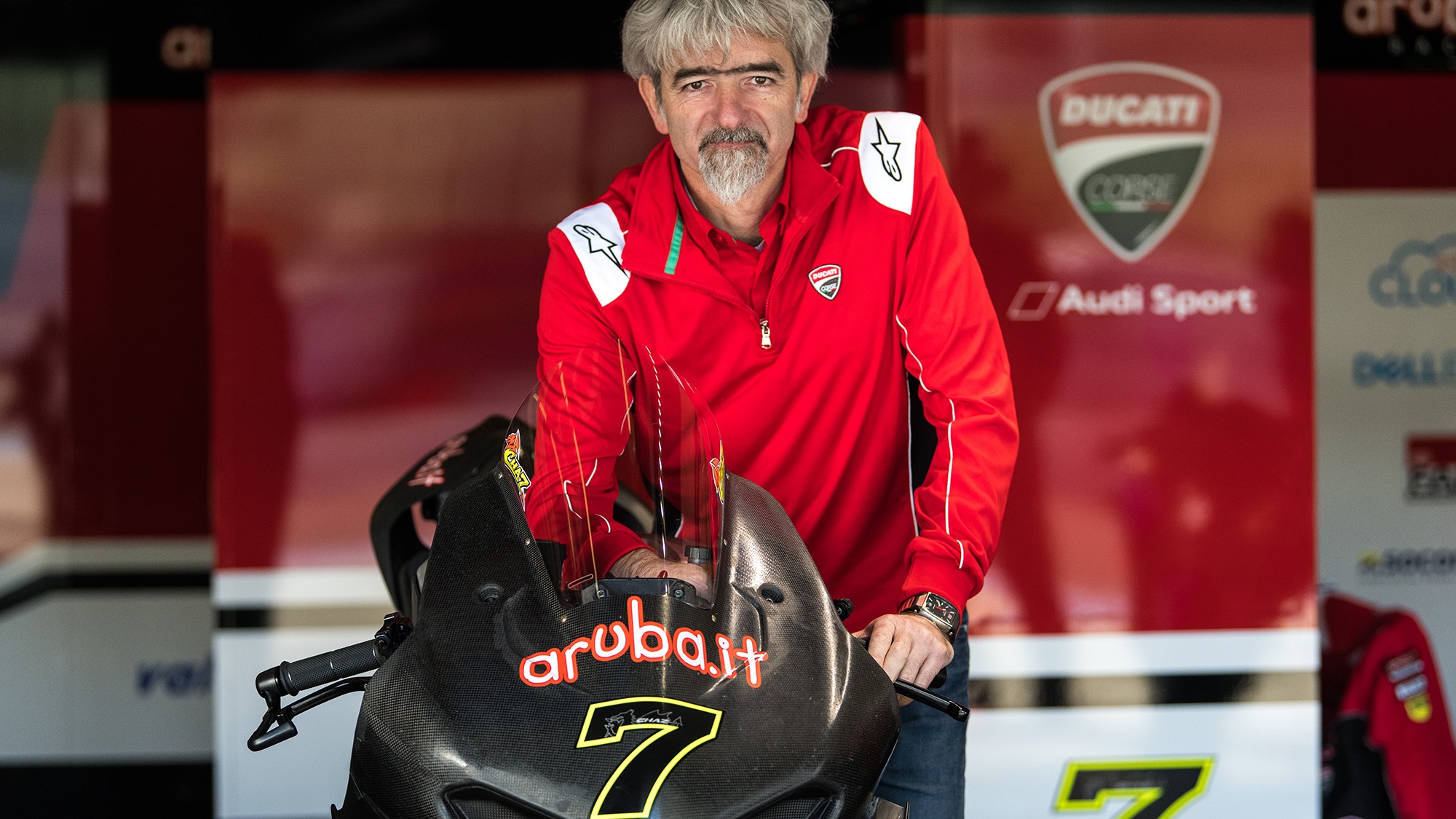 As the much anticipated Ducati Panigale V4 R made its first on track debut two weeks ago around MotorLand Aragon, it was time for its second outing this week at Circuito de Jerez Angel Nieto with both Chaz Davies and Alvaro Bautista at the helm of the beast. With members of Ducati Corse present at the test in Jerez, it was clear how invested they are in their new bike, and Gigi Dall’Igna explained the journey the V4 R has been on so far.

“The project is completely new and is honestly quite young,” began the Italian general manager. “There are some issues to solve and there are some spaces to improve in some areas. If I can give a number, I would say it is maybe at 80%. The reality is that we have improved the bike quite a lot with the test riders, like Zanetti and Pirro. We have a clear idea about the problems to solve.”

Regarding the expectations ahead of 2019, Dall’inga continued: “I think we have this pressure with every project that we do. It is not a real problem because Ducati has to win. Honestly, the pressure that everybody has put on me is nothing in comparison with the pressure that I put on myself! It is not a problem.”

It is well known that Ducati put in a lot of time and interest into both championships, and it’s something Dall’inga is proud of. A smaller factory with mechanics working in both WorldSBK and MotoGP™, he explains the balance: “We support MotoGP™ of course, and also Superbike. This V4 R is completely new and we have to put some more effort in, because when the bike is new you have to follow the evolution from the beginning. It costs more than in the normal evolution when the bike is ready. So this why we go in this direction. A lot of people work for both the championships.”

Bringing experienced MotoGP™ rider Alvaro Bautista over to WorldSBK, along with Eugene Laverty signing for Go Eleven Ducati and Michael Ruben Rinaldi to Barni Racing, there are set to be some changes to the red corner: “We know that Alvaro is a strong rider. I know him very well because together we won the 125cc World Championship, in 2006, and I know he is a very good rider.”

“Eugene is more than a rider, he is a friend for me. So I am really happy to see him on the Ducati. He has a contract with the team, not Ducati Corse and the level of support for GoEleven is under definition. For sure they will use a Ducati bike, but the negotiation between how we can do it and what the team has to do is in progress. It is quite late to have an engineer on that team, so this is the main problem that I have at the moment. I would like to try to solve that, but it is not easy.”

Explaining how the format of having four Ducati Panigale V4 R’s on the grid will work, Dall’inga continues: “GoEleven and Barni will be private teams, it will be like it is in MotoGP™. We would like to have more bikes, not only for the income but also for the information we could gain from different riders and different teams. It is important to develop, and to speed-up the development process of the bikes.”

Keep up with all the Ducati Panigale V4 R’s progress throughout the winter with our test highlights and reaction interviews, all on the WorldSBK VideoPass.