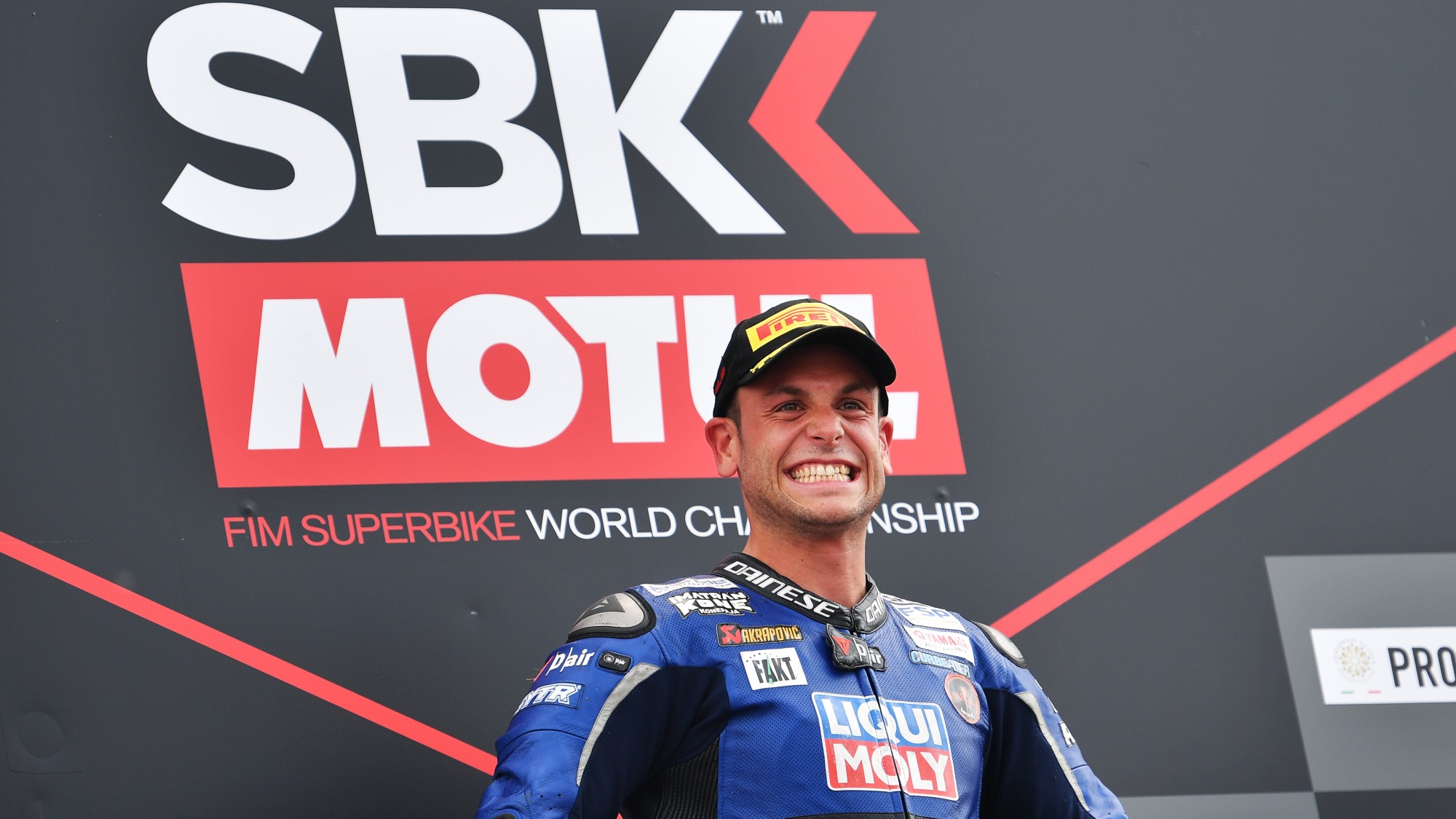 Announcements continue to keep coming from EICMA this week, and it has been confirmed GRT Yamaha will make the step up to the MOTUL FIM Superbike World Championship class in 2019, with the strong rider line-up of Marco Melandri and Sandro Cortese.

Welcoming two world champions to the YZF-R1’s next season, the Italian based team will see four factory Yamaha bikes on the grid and will give fans the chance to see newly crowned WorldSSP champion Cortese make the step up. Cortese has only been in the WorldSBK paddock for one season, but made a massive impact as he took the title in his rookie year.

The 28 year old German will be looking forward to the new challenge ahead of him: "To win the WorldSSP championship and then step up to WorldSBK with the GRT Yamaha Team is like a dream come true for me. I'm super happy to be a part of this new project and, although it's a big step, I am really looking forward to the challenge. I can't wait to jump on the Yamaha YZF-R1 for the first time in Jerez later this month to start the familiarisation process. It will be like Christmas for me; I've never ridden such a big bike before and I am like a small kid who can't wait to get his present!

The bike will be more physically demanding to ride than the Yamaha YZF-R6 and, with three races every weekend instead of just one next year, I will definitely need to work on my fitness over the winter to ensure I'm ready."

Whilst for Marco Melandri, the Italian is still hungry to win in the WorldSBK championship and will welcome a fresh move to the Japanese marque. Last riding a Yamaha in 2011, he took four wins and 15 podiums on the blue machine and will be hoping to relive this in this season.

Filippo Conti, GRT team manager adds: "I am really delighted to be stepping up to the WorldSBK championship with Yamaha, it's like a dream come true. We started this project in WorldSSP and now we are moving up to WorldSBK, which is very important for the team but also for Yamaha's production racing program. It's a big step for us and we know we will be facing a steep learning curve in our debut season, but our two riders bring with them a wealth of experience. Riders don't come more experienced than Marco, who has been a frontrunner in WorldSBK since he came to the championship in 2011.

And while 2019 will be Sandro's first season on a WorldSBK machine, he's the reigning WorldSSP champion and a former Moto3 World Champion, so I expect him to adapt quickly to our Yamaha YZF-R1. We need to learn a lot in this new category, but our target is clear; we want to be as competitive in WorldSBK as we have been in WorldSSP. Maybe this isn't possible in our debut season, but that's the goal for the future."

Keep up with the latest information about the all new Yamaha team, and follow their progress in winter testing, all with the WorldSBK VideoPass.