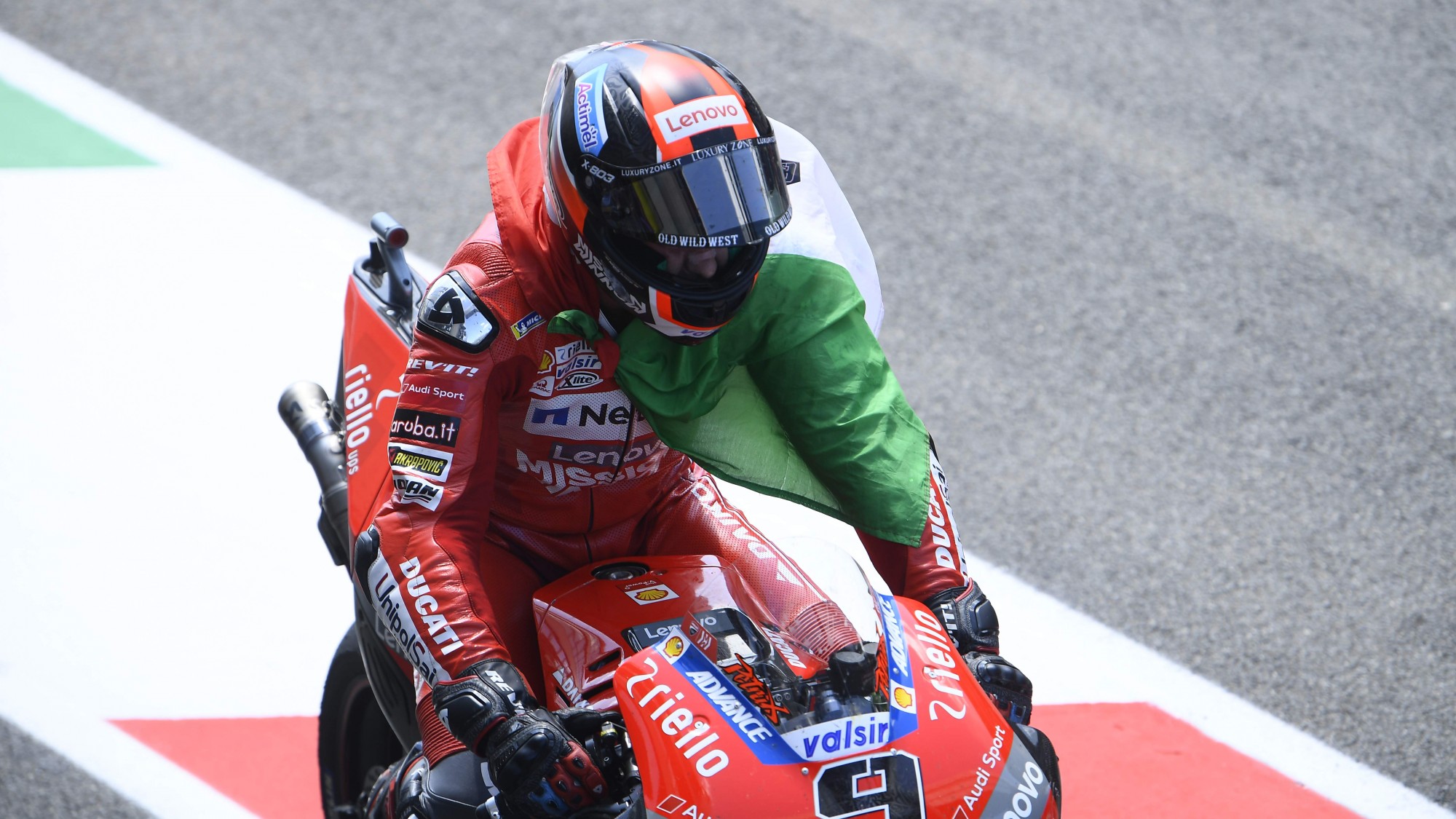 Danilo Petrucci’s inspirational journey from the FIM European Superstock 600 Championship to become a Grand Prix winner is proof that hard work pays off!

Following the success of Danilo Petrucci in the Italian Grand Prix this past weekend, it is important to remember where the Italian came from: the WorldSBK paddock. From European FIM European Superstock 600 Championship and European Superstock 1000 Championship, Petrucci’s presence in the WorldSBK paddock was felt, when he narrowly missed out on becoming Superstock 1000 champion in 2011. Petrucci’s inspirational journey will be one where many riders will look to follow in his footsteps.

In 2008 and 2009, Danilo Petrucci strolled into the WorldSBK paddock as a full-time rider, with Team Trasimeno Yamaha, who currently run Hugo De Cancellis, Omar Bonoli, Finn De Bruin and Kevin Sabatucci in the World Supersport 300 category – Sabatucci has just completed the seventh edition of the VR46 Master Camp. Petrucci’s first season proved to be a learning season, opening his season account with a second at the Ricardo Tormo Circuit in Valencia – which would be his best result of the year. In 2009, he took his first win of his career there, whilst backing them up at Monza and Misano, on his way to fourth overall.

For the next two seasons – which turned out to be his last two seasons in the WorldSBK paddock – he jumped in the European Superstock 1000 Championship, initially with Team Pedercini Racing, taking a best result of fifth at Monza in front of his home-crowd. For the 2011 season, he moved to the BARNI Racing Team, where he would take an impressive four race wins on his way to finishing second in the championship to fellow Italian, Davide Giugliano.

Having nearly quit MotoGP™ in 2014 and wondering what he will do in 2020 if he doesn’t stay with the Mission Winnow Ducati team, it is fair to say that ‘Petrux’ has overcome adversity and proved that you can become successful from the WorldSBK paddock and that if you work hard enough, you can achieve your goals.

In another ten years, will we see the likes of Kevin Sabatucci and Omar Bonoli follow in Danilo Petrucci’s footsteps, in coming from the WorldSBK paddock and going on to become WorldSBK or Grand Prix winners? Michael Ruben Rinaldi, who is currently at BARNI Racing Team, could be another rider that, as his experience is gathered whilst he grows in stature, could become a real championship contender. And all made possible from the opportunities that Independent teams give young, fruitful talent.

Danilo Petrucci’s story from the FIM European Superstock 600 Championship to MotoGP™ race winner will pave the way for many stars of the future, of that, there is no doubt.

Follow all of the stars of tomorrow across all classes at the Acerbis Spanish Round with the WorldSBK VideoPass!