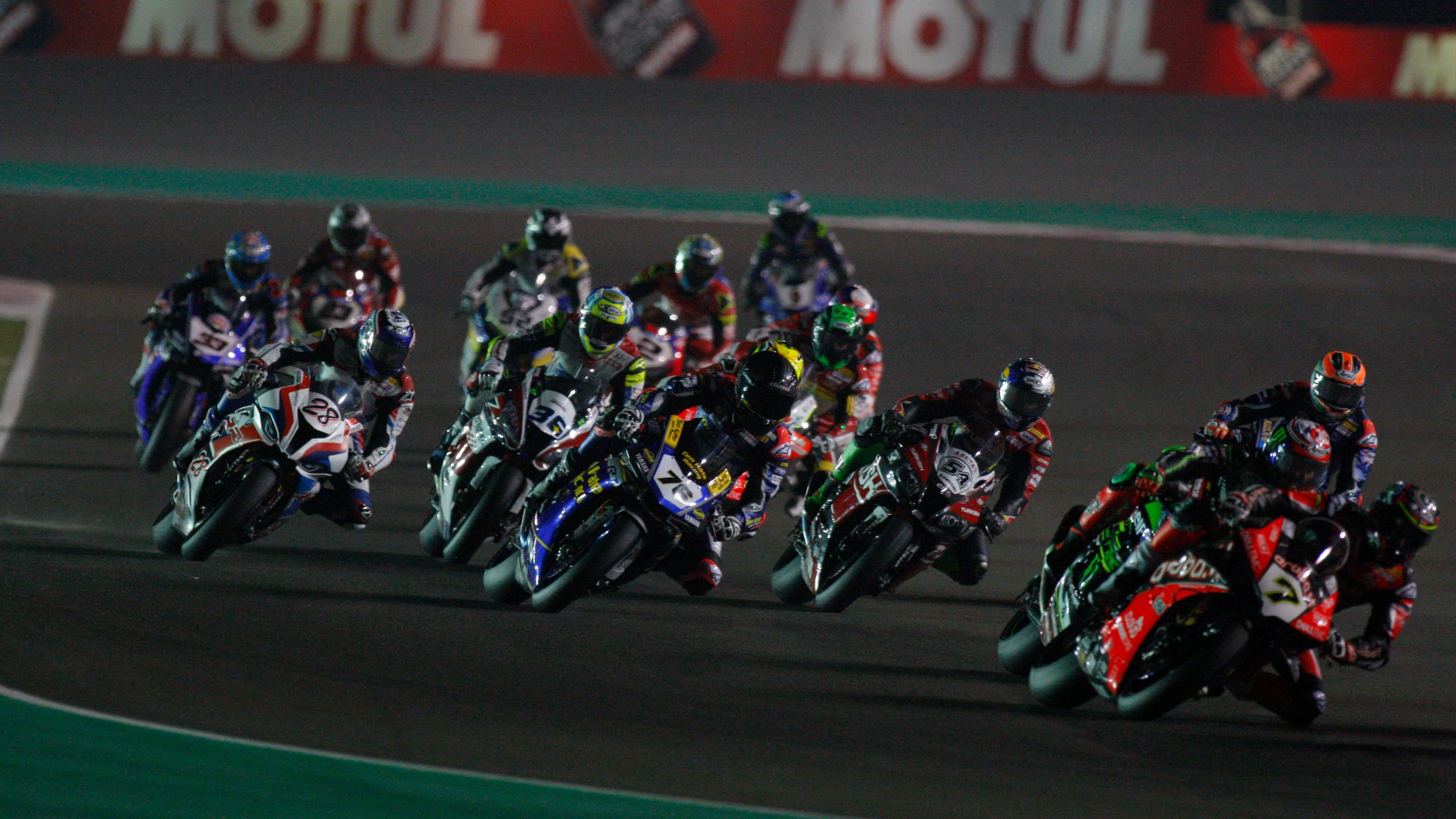 It was a great Race 1 at Losail, as all manufacturers represented in WorldSBK were inside the top ten for a sixth time in 2019, all looking competitive and combative. With victories, Championships, comebacks and podiums galore, Kawasaki, Ducati, Yamaha, BMW and Honda all featured strongly and will look to finish the 2019 MOTUL FIM Superbike World Championship on a high at the Losail International Circuit on Saturday night.

For Ducati, they will need to wait another year for Manufacturers’ Championship glory, but it was a stunning comeback from Chaz Davies from 12th on the grid, finishing second. The Welshman passed Lowes with five laps to go to secure Ducati’s return to the Losail podium for the first time in two years, whilst also setting a record for the furthest comeback from a grid position to the podium at the Qatari venue. Teammate Alvaro Bautista was a solid fourth, whilst Eugene Laverty (Team Goeleven) made it three Ducati V4 Rs inside the top ten. Michael Ruben Rinaldi (BARNI Racing Team) was 13th.

Yamaha completed the podium of three different manufacturers with Alex Lowes, on the Losail podium for a third consecutive season. Starting from second on the grid, the British rider challenged Rea for victory throughout much of the race before fading to third in the final quarter. His teammate, Michael van der Mark, was embroiled in a race-long scrap for fifth, eventually missing out by just 0.018s, taking sixth. Top Independent honours came the way of Loris Baz (Ten Kate Racing – Yamaha) in seventh, right in the battle for top five. It was a race of ‘what could’ve been’ for Sandro Cortese (GRT Yamaha WorldSBK), who crashed out on Lap 6 from fourth place.

BMW’s strong weekend took a serious knock at Turn 1 as Lap 2 commenced, when Tom Sykes (BMW Motorrad WorldSBK Team) tangled with Leon Haslam’s Kawasaki. The 2013 World Superbike Champion crashed out, but there was a strong race behind for his teammate Markus Reiterberger. With no ride confirmed for the German rider next season, Reiterberger showed good top ten pace and stormed to his first top ten since Imola in May, with eighth overall. Both BMW riders will seek to run strongly in the Tissot Superpole Race and Race 2 on Saturday.

Finally, it was more top ten success for Honda, who made it five manufacturers inside the top ten for a sixth time in 2019. Leon Camier (Moriwaki Althea Honda Team) took a strong tenth place as he enters his final weekend for the manufacturer, battling through from 13th on the grid and keeping himself out of trouble. Teammate Ryuichi Kiyonari and Althea Mie Racing Team’s Alessandro Delbianco were also 14th and 15th for the Japanese constructor.

Watch the remaining races of an unforgettable 2019 season and get all the build-up for 2020 with the WorldSBK VideoPass!