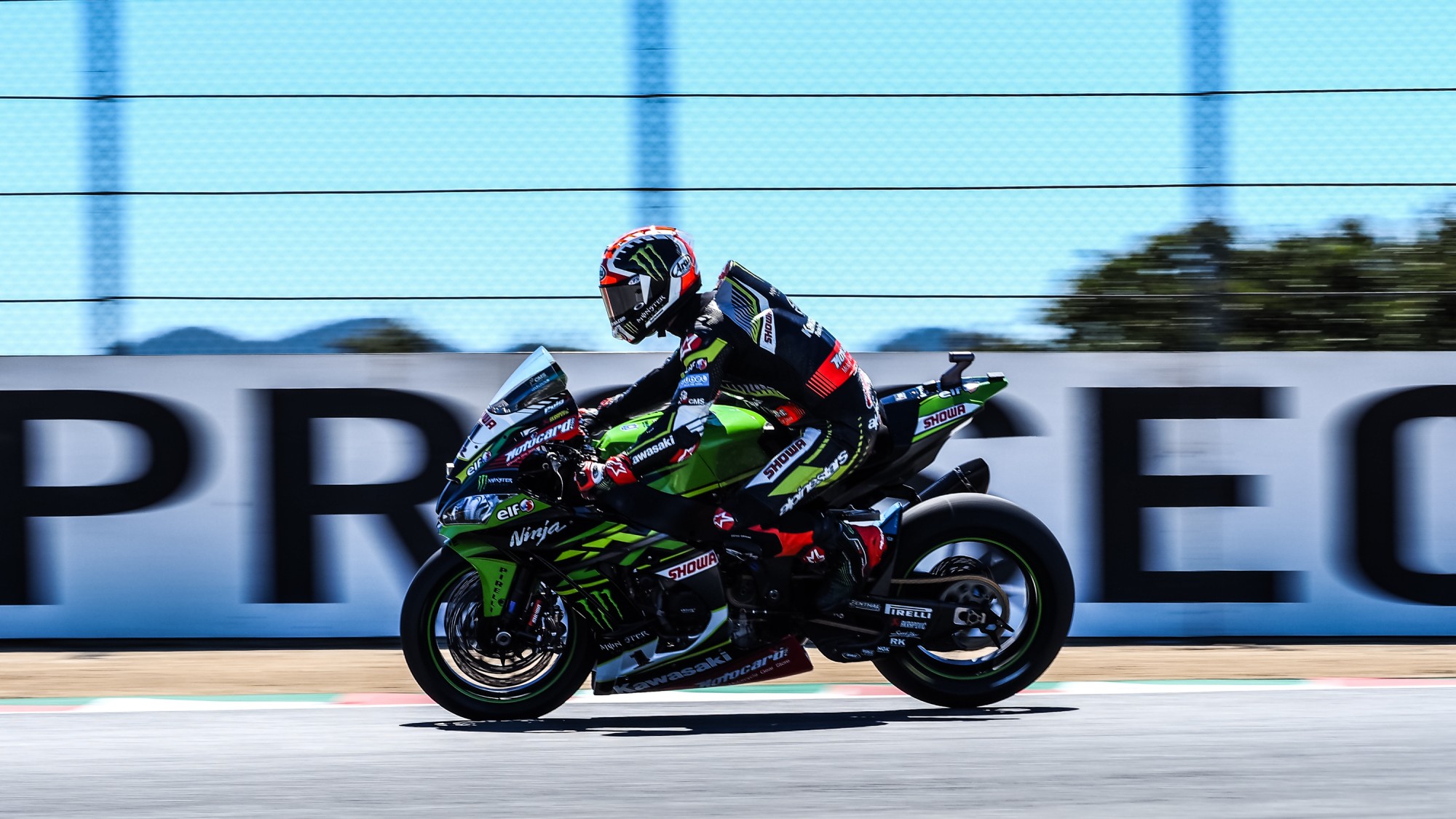 Just one week since his first triple treat of the season, Jonathan Rea topped FP1 at Laguna Seca, whilst Alvaro Bautista was outside the top five!

Sunny skies blessed the WeatherTech Raceway Laguna Seca on Friday morning, as WorldSBK took to the track for their first session of the weekend. The World Superbike class – the only class in action at the Geico U.S. Round, saw British riders romp through the timesheets, with Jonathan Rea (Kawasaki Racing Team WorldSBK) ending the session on top with a half a second advantage.

With track conditions slightly dusty, the sun-soaked Laguna Seca tarmac welcomed the first of two WorldSBK session on Friday. Jonathan Rea looked in a class of his own, as the most successful WorldSBK rider in history at the Californian venue had more than half-a-second on the opposition. Former teammate Tom Sykes (BMW Motorrad WorldSBK Team) was a strong second place, with Toprak Razgatlioglu (Turkish Puccetti Racing) rounding out the top three. Alex Lowes (Pata Yamaha WorldSBK Team) and teammate Michael van der Mark completed the top five.

2018 Laguna Seca pole-sitter Chaz Davies (ARUBA.IT Racing – Ducati) was sixth and ahead of Alvaro Bautista (ARUBA.IT Racing – Ducati), who returns to the Laguna Seca track for the first time since 2013 in MotoGP™. Loris Baz (Ten Kate Racing – Yamaha) was a strong eighth on his return to the circuit, with Marco Melandri (GRT Yamaha WorldSBK) in ninth and Leon Haslam (Kawasaki Racing Team WorldSBK) in tenth.

Outside of the top ten, notable rides included Sandro Cortese (GRT Yamaha WorldSBK) in 13th on his first visit to Laguna Seca, with Eugene Laverty (Team Goeleven) back in the saddle and in 14th, less than two seconds off top slot. Ryuichi Kiyonari (Moriwaki Althea Honda Team) set the second-highest number of laps in the session (25) to go 15th, whilst wildcard JD Beach was 18th.