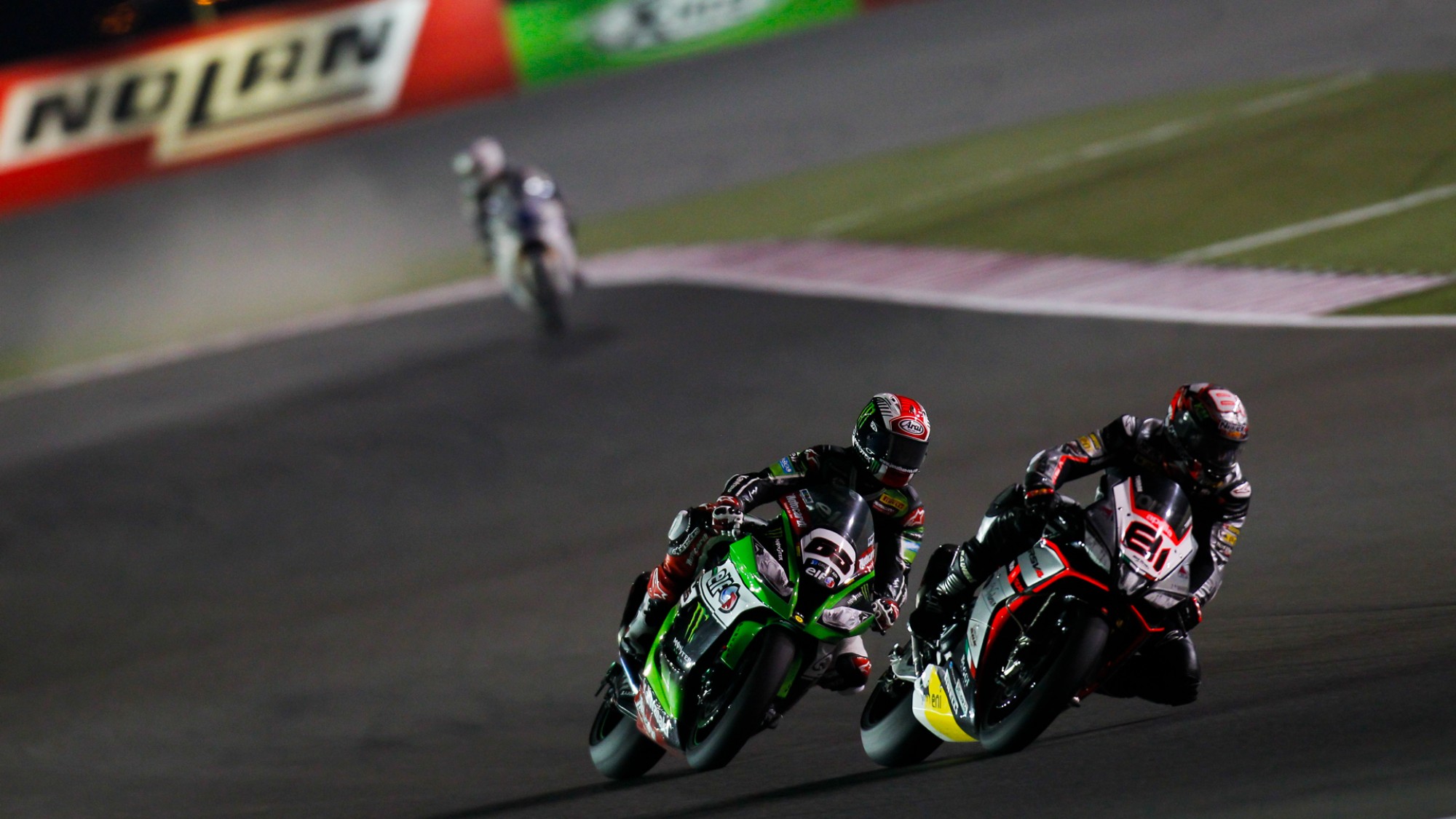 Enjoy four formidable rookies taking victory in Qatar, right from 2005 and Kagayama to 2015 and Torres!

The Losail International Circuit arrived on the WorldSBK calendar in 2005 and despite getting only five days of rain all year, Qatar waited until the very first race in WorldSBK for the heavens to open. Since then, the Losail layout has been hallowed ground for rookies, so we look back at the four rookie victories in Qatar that you can enjoy for FREE!

The first visit would also feature the first of four rookie wins in Qatar: Yukio Kagayama stormed to his first win of his WorldSBK career in Race 2 after finishing second to teammate Troy Corser in Race 1. Kagayama, a complete rookie in his first round of full-time WorldSBK action, led the Championship heading into Round 2 at Phillip Island, where he took his first pole position.

Fast-forward two seasons and Max Biaggi makes his debut for the same Alstare Suzuki outfit and in just as emphatic a fashion. Having qualified second, Biaggi hit the front of his first ever WorldSBK race in Race 1 and took victory, becoming the first rider since John Kocinski to win the first race of the season as a rookie. A second in Race 2 meant that Biaggi, along with eventual Champion James Toseland, was leading the standings.

Two years later and there was another rookie winner in the Qatari desert; starting from a second consecutive pole position, Ben Spies made the opposition pay on his first visit to Losail. Romping clear in Race 1 and backing up his success with a victory in Race 2, Spies was the man to beat going into the remainder of the season. He would be the only rookie winner at Losail to go on and clinch the title.

The most recent rookie winner at Losail was Jordi Torres in the penultimate race of the 2015 World Superbike Championship season. Coming from sixth on the grid, Torres used his Moto2™ World Championship experience at the Qatari venue to pick his way through into the lead, holding on to become the first Spanish winner in Qatar since Fonsi Nieto in Race 2, 2008.

There’s been plenty of other Losail successes too, including the aforementioned Nieto, as well as well as a career-first WorldSBK podium for double World Supersport Champion Andrew Pitt in 2006. A first front row came the way for Xavi Fores at Losail in 2015, whilst the late-great Nicky Hayden took his last front row slot in WorldSBK in 2016 – also Honda’s last to-date.

Watch to see if Alvaro Bautista can make it a fifth rookie victory at Losail with the WorldSBK VideoPass!