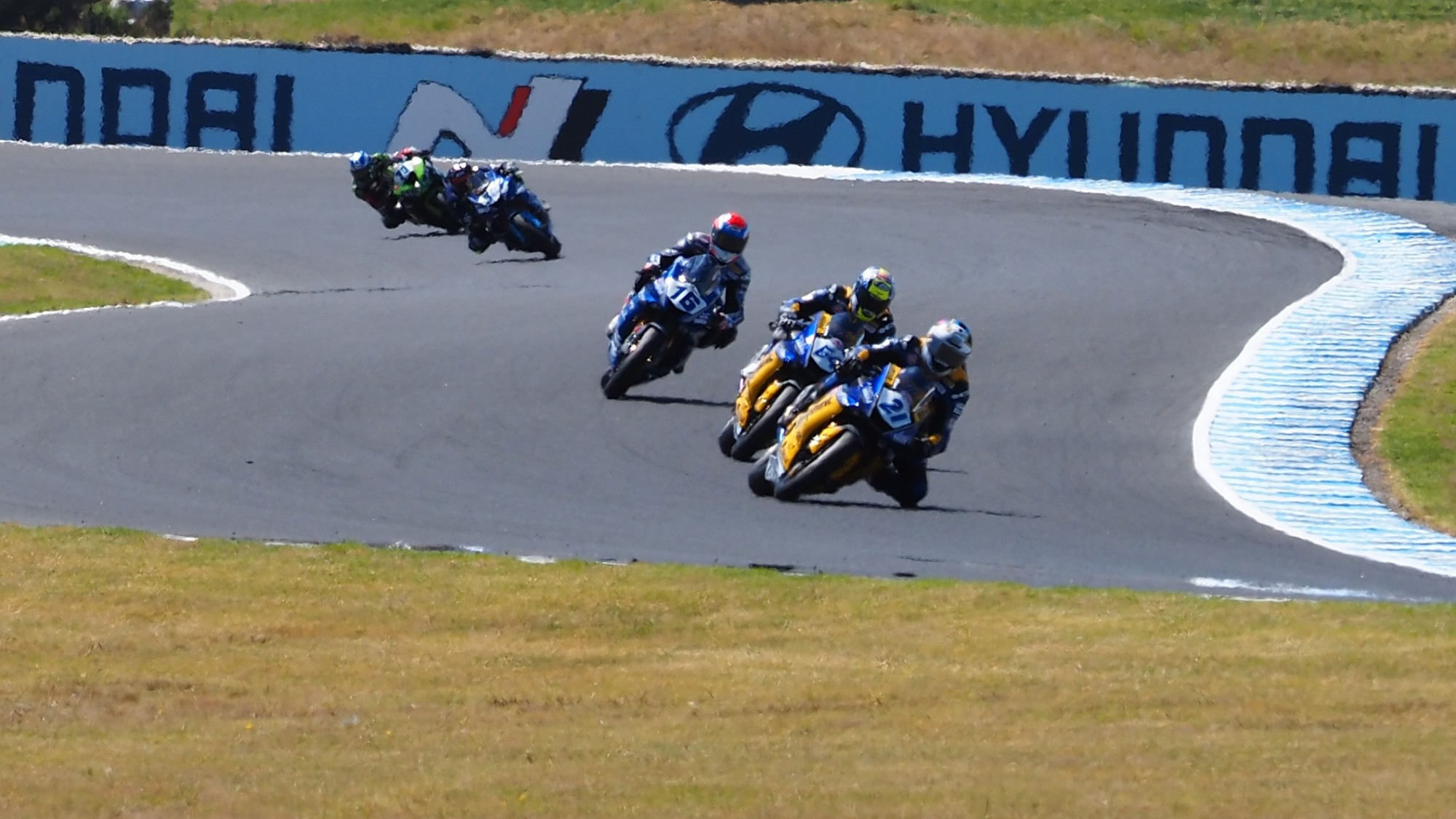 Four different winners from four different countries across three different manufacturers, Chang International Circuit has seen it all in WorldSSP

The FIM Supersport World Championship moves on with great pace into one of the most atmospheric rounds on the calendar: the Pirelli Thai Round. Year after year, battles take place right the way through the grid in WorldSSP, making it one of the best rounds for rivalries to flourish, evolve and blossom and for records to be shattered.

In 2019, it is Randy Krummenacher (BARDAHL Evan Bros. WorldSSP Team) who leads the way on his Yamaha YZF R6. The Swiss rider has a fantastic record at the Chang International Circuit, scoring points in every year he has raced there. Starting with fourth in 2016, he returned to WorldSSP last season and won onboard the same Yamaha he competes with now. Should he win the WorldSSP race on Sunday, he will become the first Swiss rider in the history of the WorldSSP and WorldSBK paddocks to achieve back-to-back wins. Records hang in the balance for Krummenacher.

Jules Cluzel (GMT94 YAMAHA) has a mixed record at the Chang International Circuit in Buriram. The Frenchman has secured one win in 2016 but apart from that, has retired from all three other races in Thailand Cluzel has had two pole positions at the circuit and a fastest lap, so he could be a threat come race day, especially having led for 31 laps over the course of the four seasons in Thailand. The 30-year-old is scheduled to start his 71st WorldSSP race on Sunday.

Federico Caricasulo (BARDAHL Evan Bros. WorldSSP Team) is a WorldSSP winner at the Chang International Circuit, after a phenomenal battle in 2017 with local hero, Decha Kraisart. On the podium last year with a second place, the Italian hopes to return to the podium for a third consecutive season in Thailand. Having been robbed of battling his championship-leading teammate at the Phillip Island Grand Prix Circuit, Caricasulo will almost certainly want to take the battle to him around the 4.554km track. Can Caricasulo capture and overcome Krummenacher and Cluzel this time?

Hector Barbera (Team Toth by Willirace) made a solid start to his 2019 WorldSSP season, with a fourth place at the Phillip Island Grand Prix Circuit. However, the Spaniard knew that circuit well and now comes to a track which he has never competed at – one of just two circuits that he will experience for the first time with the WorldSSP championship. Barbera will hope to carry on his trend of improving race results in every WorldSSP race, and in doing so, achieve his first World Supersport podium. Is he a contender in Buriram?

Austrian Thomas Gradinger (Kallio Racing) started his season with a fifth position in Australia, a better start than last year. Gradinger was 11th at the Chang International Circuit in 2018 so will look to improve on that this weekend. Gradinger is looking to become the first Austrian rider ever to finish five consecutive WorldSSP races inside the top five and, the first Austrian rider ever to mount the podium in a WorldSSP race.

Completing the top six is Japanese rider, Hikari Okubo (Kawasaki Puccetti Racing), who had his joint best result of his WorldSSP career in Australia. With his only other sixth place coming at the Chang International Circuit in 2017, the Thai circuit looks sure to be a venue where Okubo will seek to achieve his best World Supersport finish to date. The last Japanese WorldSSP podium came in 2007 with Katsuaki Fujiwara at Silverstone (3rd). Will Thailand see the end of this long wait?

Other riders to keep an eye on include the 2017 WorldSSP Champion, Lucas Mahias (Kawasaki Puccetti Racing), who achieved pole position and second place last season. Corentin Perolari (GMT94 Yamaha) will seek to continue his good start, whilst Peter Sebestyen (CIA Landlord Insurance Honda), teammate Jules Danilo and Loris Cresson (Kallio Racing) will all fight it out for the remaining top ten positions.

Follow of the WorldSSP action from the Chang International Circuit with the WorldSBK VideoPass!