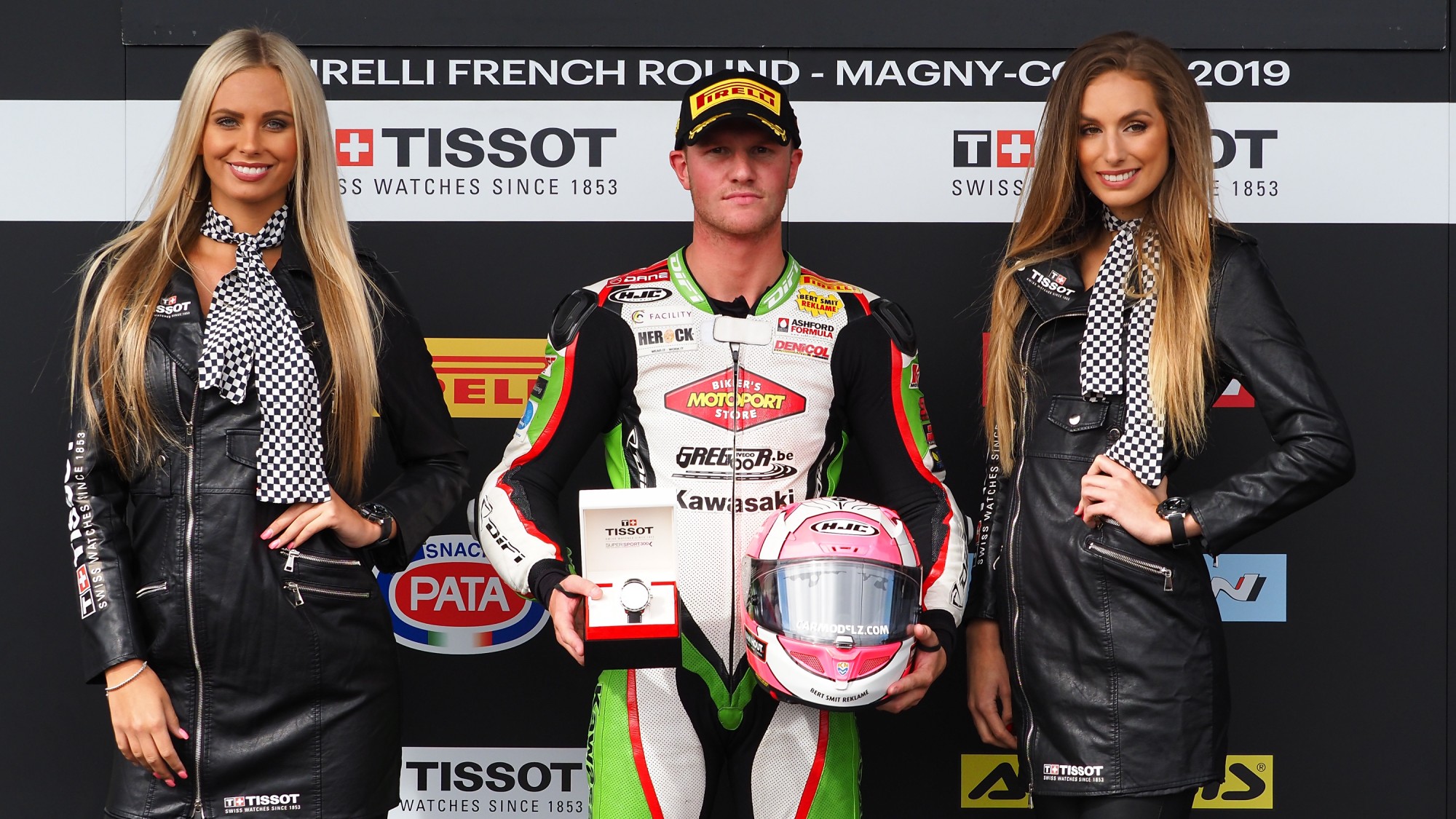 Early rain and a drying track changed the complexion of Tissot Superpole in the WorldSSP300 class. With the championship potentially up for grabs at the Pirelli French Round, Scott Deroue (Kawasaki MOTOPORT) took a much-needed pole position ahead of Ana Carrasco (Kawasaki Provec WorldSSP300) with points leader Manuel Gonzalez (Kawasaki ParkinGO Team) set for a tough battle tomorrow from the fifth row.

Group A have arguably enjoyed the best of the conditions so far this weekend, with the riders involved benefiting from some dry track time in FP3, something that couldn’t be said for those in Group B. However, with conditions steadily improving during Tissot Superpole, running later looked to be beneficial.

Ana Carrasco showed her pace, and experience, on a damp track surface in Group A to lead the way early on. The reigning champion was knocked off the top by Filippo Rovelli (Kawasaki ParkinGO Team) four minutes from the end but Carrasco responded to finish fastest in her group, eight tenths clear of Galang Hendra Pratama (Semakin Di Depan Biblion Motoxracing).

It quickly became clear that conditions were much more favourable in Group B with Mika Perez (Carl Cox- RT Motorsports by SKM - Kawasaki) beating Carrasco’s earlier benchmark on just his third timed lap. Unfortunately for the 2018 championship runner-up, a crash at turn 9 ended his session three minutes early and with times tumbling so rapidly, Perez only just held onto an automatic starting spot in 30th overall.

In the end, Scott Deroue proved too strong for his rivals in Group B, holding off a late challenge from Andy Verdoia (BCD Yamaha MS Racing) to claim his first pole position since Magny Cours last year, giving the best possible chance of extending the WorldSSP300 title race to the final round in Qatar.

With the lap times in Group B proving over 1% faster than Group A, the grid will be determined by alternating the fastest riders in each group. As a result, Deroue will have Ana Carrasco starting alongside in second with Andy Verdoia completing the front row. Galang Hendra Pratama (Semakin Di Depan Biblion Motoxracing) starts fourth ahead of Jeffrey Buis who ensured two Dutch riders will start inside the top five tomorrow. After finishing third in Group A, Filippo Rovelli will line up sixth on the grid.

Much of the focus in Group B was on Manuel Gonzalez, especially once it became clear that a top 15 place was needed to secure automatic qualification for tomorrow’s race. With less than a minute remaining, the championship leader languished down in 13th, leaving him dangerously close to the lottery of the Last Chance Race, but a last gasp improvement saw him climb to eighth, enough for 15th on the grid. 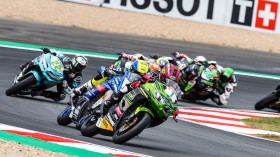 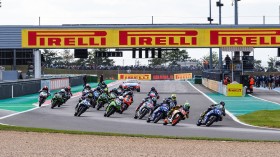