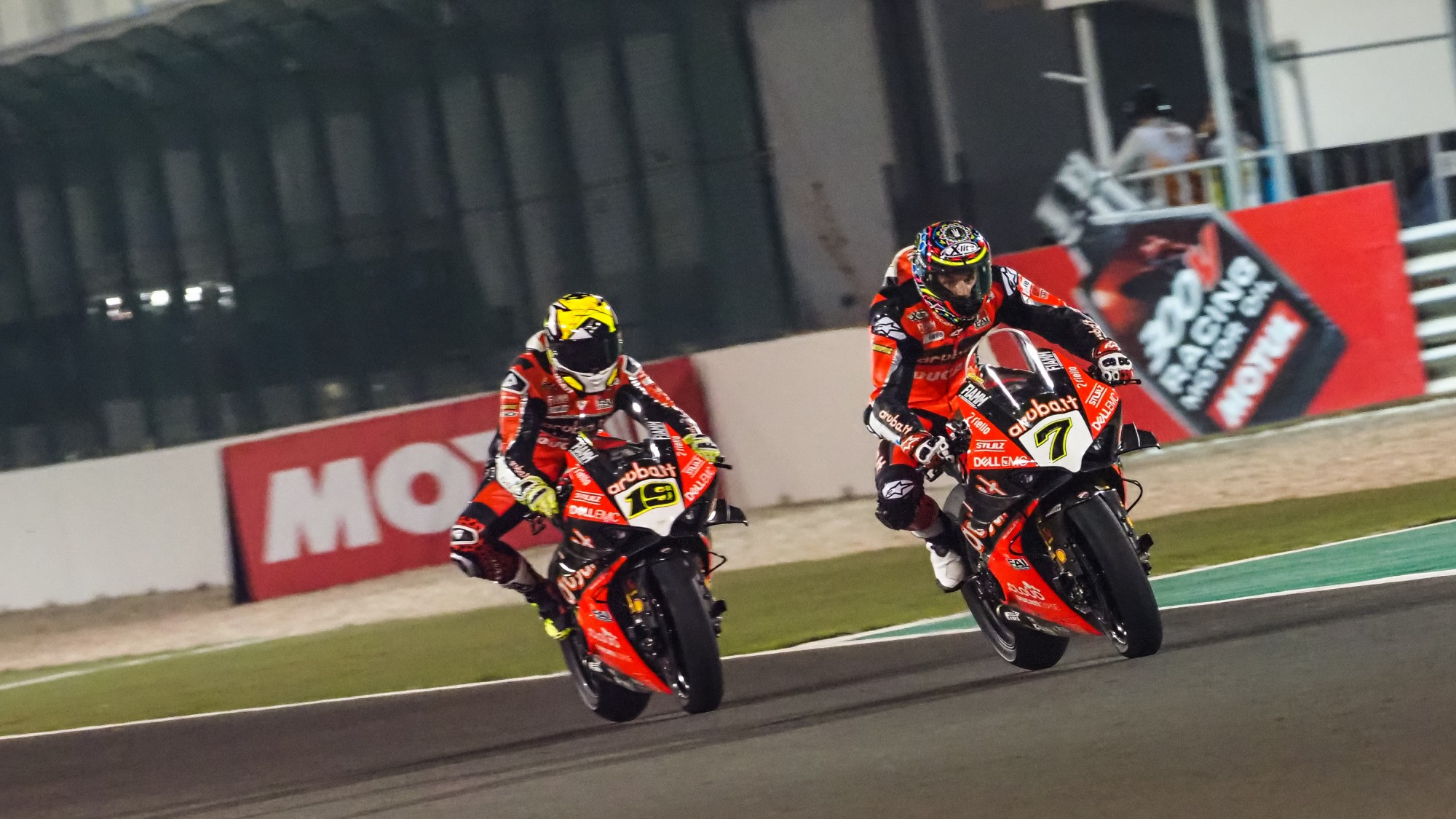 After a difficult start to 2019, Chaz Davies (ARUBA.IT Racing – Ducati) was back to his best in the final races of the season, standing on the rostrum on three of the final four rounds of the season. The Welshman put together a strong performance to come from the fourth row of the grid to second and fifth in the Tissot Superpole Race, whilst a second in Race 2 capped off what has been a resurgent second-half to the 2019 MOTUL FIM Superbike World Championship.

Getting a relatively poor start from fifth on the grid in Race 2, Davies was forced to fight with the duelling Pata Yamaha WorldSBK Team duo of Alex Lowes and Michael van der Mark early on, whilst also jostling for position with Toprak Razgatlioglu (Turkish Puccetti Racing) and Leon Haslam (Kawasaki Racing Team WorldSBK).

Out front, Jonathan Rea (Kawasaki Racing Team WorldSBK) and Davies’ teammate Alvaro Bautista were breaking clear, but he wasn’t about to let that be the end of his charge. Getting right in the battle for the win before Rea cleared away, Davies nabbed second with five laps to go and clung on from his teammate, going into 2020 with renewed confidence after a seventh podium at Losail.

Speaking after the race, Davies said: “I am really happy to finish on the podium, and I feel like I put together a really good race after some pretty heavy battles early on, which were good fun! I picked myself up and started charging towards Alvaro and Jonny, used a little bit of tyre to do it but not too much; I felt like I was riding within my limits. Jonny picked the pace up with seven or eight laps to go and I was ready, as I thought it was quite easy to be honest, but as soon as a tried to go a little bit faster, I was in trouble with the front.”

Having not finished lower than fifth in seven of the last eight races (having not taken to the grid in Race 1 at San Juan), Davies goes into the off-season in fine form. With him working his way around the all-new Ducati Panigale V4 R fairly strongly in the final five rounds of the season, Davies and his new teammate for 2020 – Scott Redding – will look to conquer Kawasaki and end the Japanese manufacturer’s stronghold on the Championship.

Reviewing his 2019 World Superbike season, Davies said: “It’s been a good finish to 2019 and is good data for 2020. We are testing in Aragon in the middle of November and then at Jerez at the end of the month. There’s a lot on my mind and a lot I want to try, even things that you wouldn’t normally have time to do during a race weekend. There’s ideas that I want to take a risk with, but it is just never the right moment, and that is a sign of just how young this bike is. Hopefully, we can use the operating window that we have found to take more educated guesses in the winter tests.”

Follow Davies’ progress towards the start of a monumental 2020 WorldSBK season with the WorldSBK VideoPass!