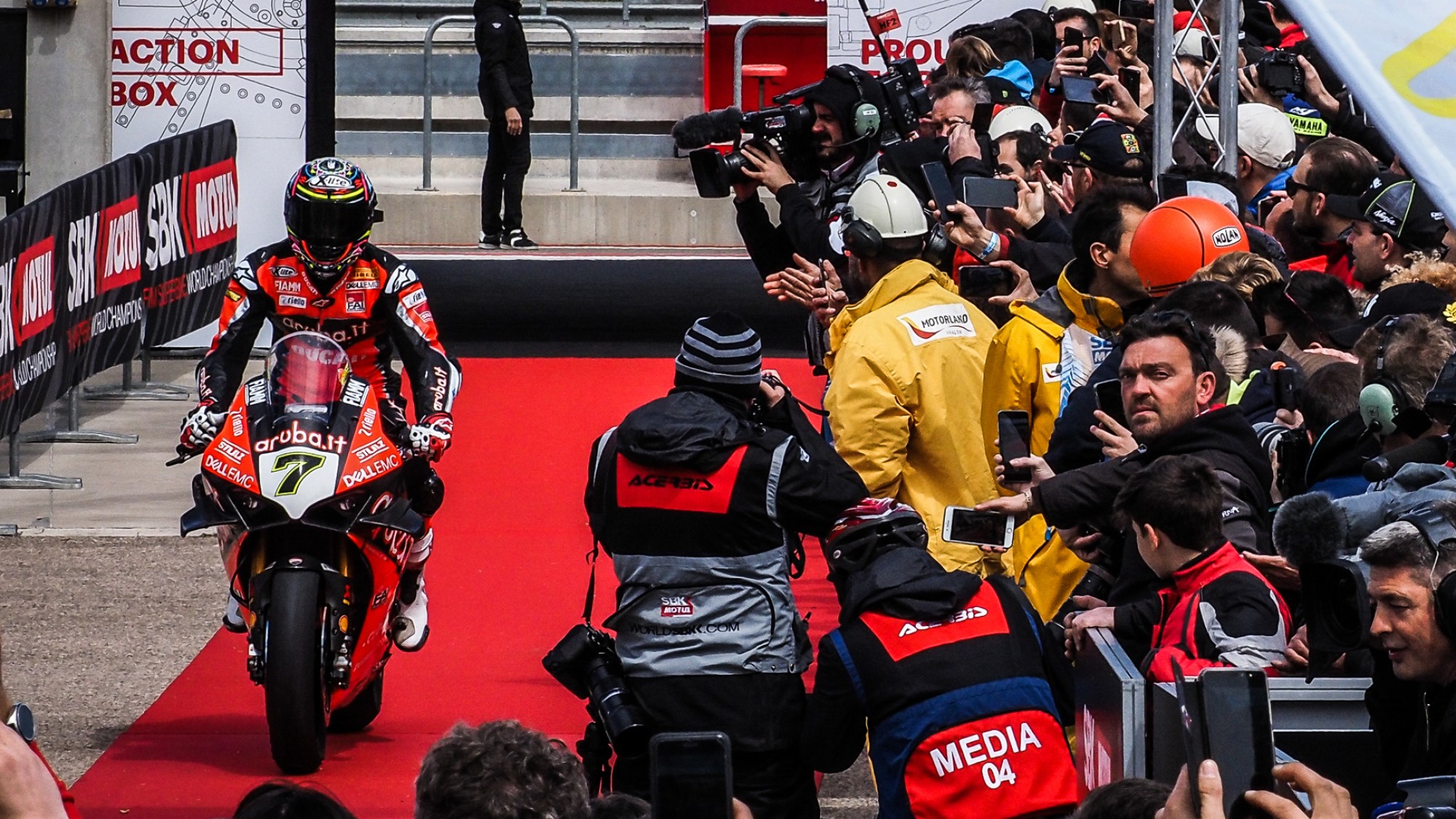 Returning to MotorLand Aragon and returning to the podium, Davies kick-starts his championship with a hard-earned podium!

Chaz Davies (ARUBA.IT Racing – Ducati) has returned to podium at one of his most successful circuits in WorldSBK. Taking his 80th podium at the MotorLand Aragon circuit, Davies did his customary trick of starting from low down before putting on a spectacular show for the fans, powering through to second position in the opening laps before finishing third overall.

The Welshman, who has enjoyed seven wins at the MotorLand Aragon circuit in the past, had been off the pace up until arriving in Europe and will now look to make further steps to get the better of Jonathan Rea, and eventually his teammate, Bautista.

Humble and appreciative, the 32-year-old said: “I’m quite happy with that result, especially to be stood on the podium again. I think I am happier for the team than I am for myself! They put in a lot of hard yards over the winter and the first couple of races, and it is not easy when the chips are down, so this result is for them!”

In the first time in almost an entire season, both ARUBA.IT Racing – Ducati riders were on the same podium, having waited since the same round last season to achieve it. It is Davies’ eleventh podium at the Aragon circuit, more than anyone else. It is also the fifth time he has reached the podium from outside the first two rows, emphasising his race craft and experience, and putting them to good use at the Spanish circuit.

Davies continued, saying: “Overall, there’s been definite progress; even since Free Practice on Friday. We just need some last little details to come our way. I think everybody has been able to make a bit of a step and we are all starting to find our feet with it. It looks like it has worked since day one for Alvaro, and I think it is great that he is able to show the full potential of the bike whilst we are still clearly finding our feet.”

Will Chaz Davies be able to mount a similar challenge in the sprint race? Find out with the WorldSBK VideoPass!