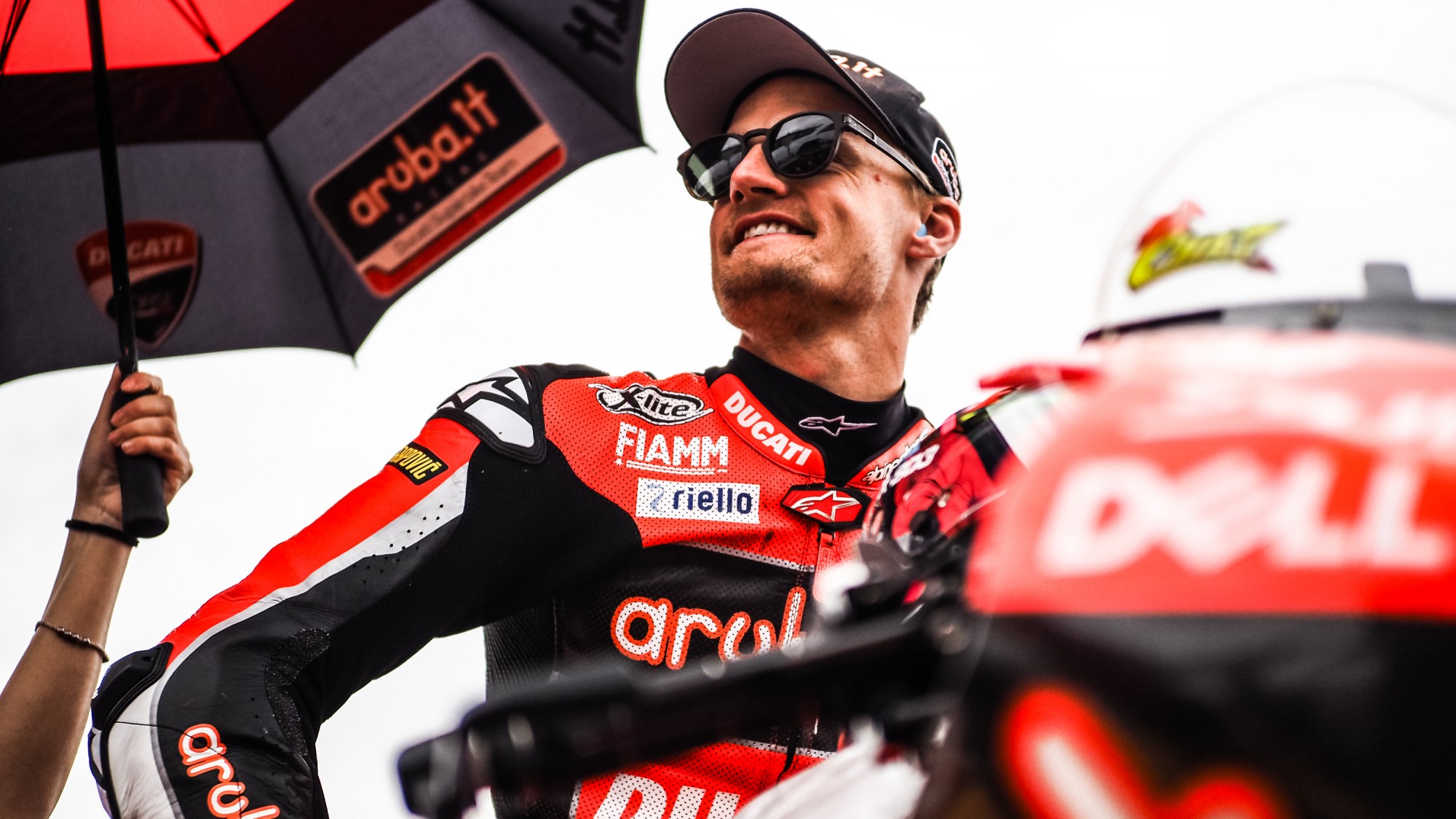 After a quiet Saturday, Chaz Davies (ARUBA.IT Racing – Ducati) put in a sterling ride back through the field on Sunday to secure a good haul of points, mathematically remaining in with a shout of third in the standings. With the 2019 MOTUL FIM Superbike World Championship coming into the final round of the season in less than two weeks, Davies’ podium in Race 2 means he is back in business and with an outside chance of the bronze medal position under the floodlights of Losail.

Davies came from seventh on the grid in the Tissot Superpole Race, and whilst tangling with Michael van der Mark early on, he fought back into the top four and managed to improve his starting position for Race 2. The 2011 World Supersport Champion was fired up for the 21-lap duel but found himself down in seventh early on, back where he started the day. But an inspired ride through the field put Davies back on the rostrum for the first time since Race 1 at Portimao in September.

Reviewing his return to the podium, the 32-year-old said: “I wasn’t sure what to expect in Race 2, as I think the track temperature went up about 15 degrees from the morning. Today wasn’t that hot so I had pretty good pace throughout Race 2. The main thing that disrupted my race was the start, I got away really badly and was buried in the pack. I think I was probably seventh from starting fourth which wasn’t ideal. I picked my way through and got some clear air in front of me and was chasing Jonny down, but the gap was already too much at that point and I had to use a fair bit of tyre to get there.”

Davies is now seventh in the standings and just eight points adrift of Leon Haslam (Kawasaki Racing Team WorldSBK) in sixth. Davies can mathematically clinch third, but it is a huge ask, as he is 56 points behind Alex Lowes (Pata Yamaha WorldSBK Team), with just 62 points up for grabs.

Resuming his recap of the Motul Argentinean Round, Davies stated his elation regarding his podium return: “It is really encouraging because that is four rounds on the bounce now where, OK, we may not have been the fastest on track, but we aren’t far off. That is really encouraging because I still have a list of things that I want to improve with a view for 2020. I think we are in a pretty good position right now.”

Davies – together with teammate Alvaro Bautista – will look to recapture the first position for Ducati at the Qatari round of the Championship, as the Italian manufacturer is some 37 points behind Kawasaki going into the final round of the year. From the last five races, Davies has been fourth three times and second just once. Can he add to his podium or win tally under the floodlights of Losail? 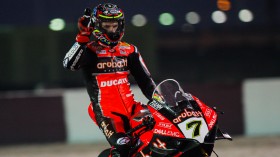 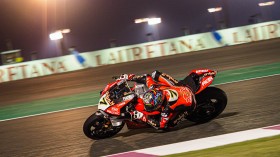 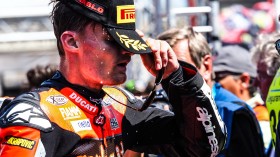