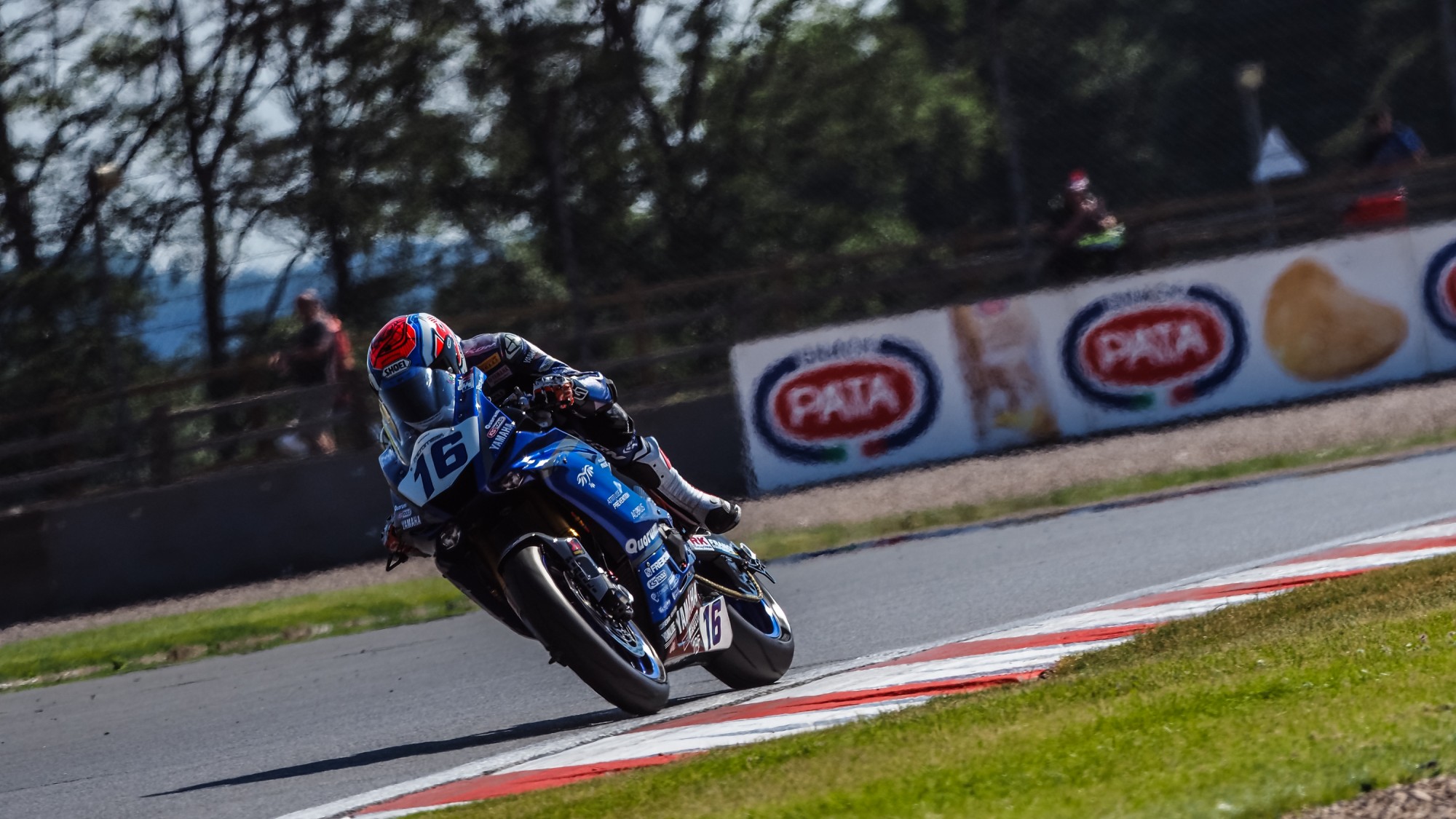 In the final WorldSSP session of the day, it was once again a raging battle at the head of the field, with Jules Cluzel (GMT94 YAMAHA) maintaining his advantage ahead of the chasing pack. With the sun beating down, Cluzel was able to improve incrementally through the session before finding a third of a second in the final ten minutes of the day to maintain first position ahead of Saturday.

Having looked the dominant force throughout the opening day, Jules Cluzel’s search for his second win of the season continues. The Frenchman was the only rider to dip into the 1’30 bracket on Friday, continuing to push on right the way through the session. Having dropped points in recent rounds, Donington Park acts as a make or break round for the Pirelli Thai Round winner. Randy Krummenacher (BARDAHL Evan Bros. WorldSSP Team) was in second position, whilst Hannes Soomer (MPM WILSport Racedays) impressed once again in third.

Fourth position will have to be good enough for Lucas Mahias (Kawasaki Puccetti Racing), as the Frenchman slipped a couple of positions, compared to his FP1 start. The 2017 WorldSSP champion proved his worth however and proved that he was back at the front of the championship, looking as competitive as ever. Fifth place may be an uncharacteristic position for Federico Caricasulo, as the Italian struggled to break into the top positions like he had done before. Raffaele De Rosa (MV AGUSTA Reparto Corse) was sixth.

Back in seventh place, it was Ayrton Badovini (Team Pedercini Racing) will hope to be firmly inside the top ten for the rest of the weekend, as the veteran Italian gets better session-by-session. Wildcard Jack Kennedy (Appleyard Macadam Integro) was in eighth and consolidated his top ten pace, proving the strength of himself and the team at their home circuit. Ninth place belonged to Isaac Viñales (Kallio Racing) whilst Brad Jones (Appleyard Macadam Integro) completed the top ten, backing his teammate up with good pace – just over one second from top spot.

Watch more WorldSSP action across the Prosecco DOC UK Round weekend with the WorldSBK VideoPass!

Top six after day one below, full combined results here! 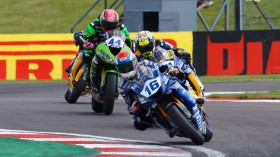 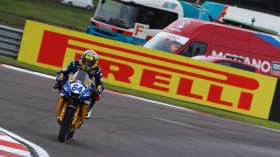 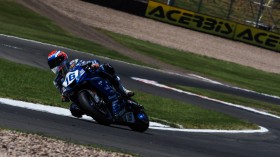