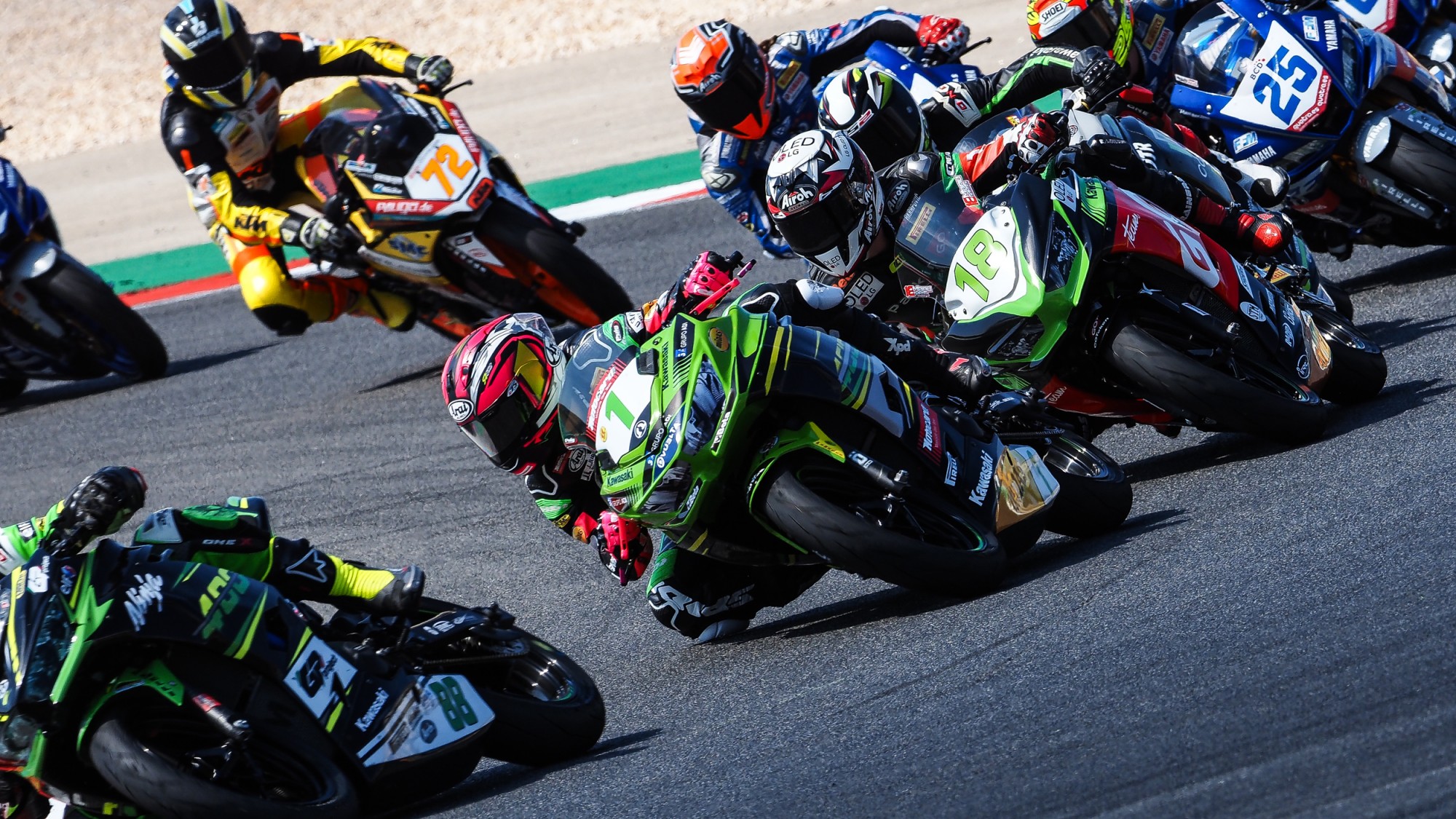 The reigning champion is refusing to relinquish her crown in 2019, and goes to Magny-Cours with an opportunity to fight for the championship once again!

Whilst she lost ground on championship rivals Manuel Gonzalez (Kawasaki ParkinGO Team) and Scott Deroue (Kawasaki MOTOPORT), Ana Carrasco (Kawasaki Provec WorldSSP300) still has a mathematical opportunity to win her second WorldSSP300 crown after finishing third at Portimao on Sunday. The Spaniard, who has had a trickier campaign than 2018, will need to hope that her fellow countryman Gonzalez has a poor end to the season if she is to have any real hope of retaining her champion status.

Carrasco got away to a strong start at Portimao, but she wasn’t able to break clear of the gaggle of riders she was battling with, thus preventing her going with Deroue at the front of the field and Gonzalez, who joined Deroue as the two broke clear. Oscillating inside the top ten, Carrasco managed a third place whilst championship leader Manuel Gonzalez only finished second. These results were good enough to keep her in the championship race, as the nine possible riders who could’ve won the championship coming into Portimao were whittled down to just three.

Carrasco reviewed her Acerbis Portuguese Round race, saying: “The race was a bit difficult as I had some fault with the front tyre and I wasn’t able to ride in a good way. I could not stay with Scott or Manuel because of this problem, but finishing on the podium is always good. We are having a good season and we are always in the top five, but I wanted to fight for the victory at Portimao, as it is a good circuit for me.”

The championship deficit she sports now is at 47 points, meaning that he must win if she is to have any hope of the keeping her WorldSSP300 crown. However, this would need to be combined with bad luck for Gonzalez, something that he has only encountered once this season at Donington Park, where Carrasco failed to take advantage.

Continuing, Carrasco thanked her team and looks ahead to the final two rounds of the season: “I want to thank all of the team because they worked very well, although we had some problems. As I have said, finishing on the podium is really good for us. I hope to arrive at Magny-Cours strong and hopefully, fight for the victory.

“Obviously, last year, I won the title there but it is not my favourite circuit; I always struggle a little bit. We will work well in the team and try our best to find a good set-up to be comfortable on the track, so let’s see what happens. We have to fight for the victory there!”

Will Carrasco keep the title fight alive for another round? Find out with the WorldSBK VideoPass!