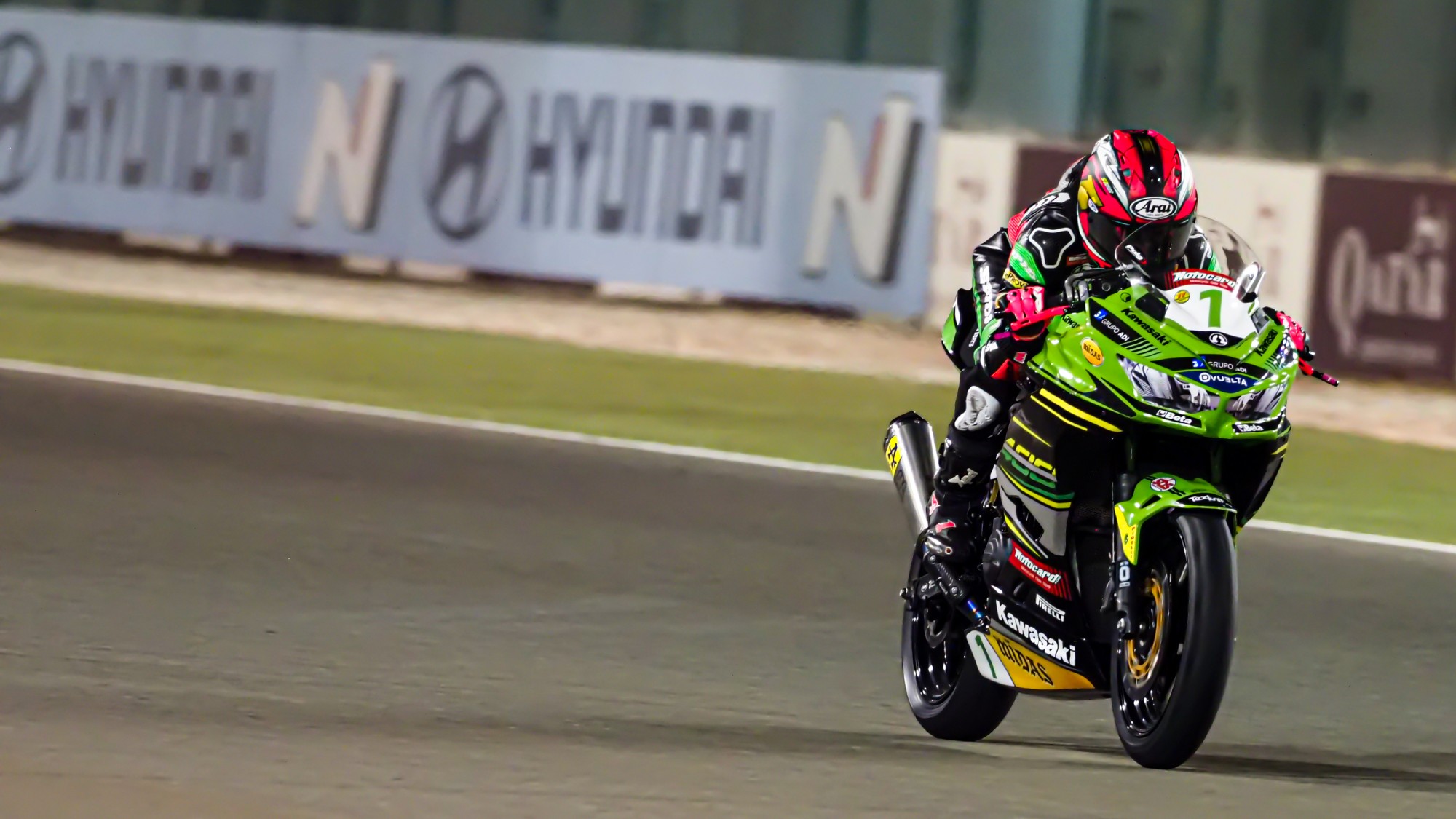 The first ever WorldSSP300 Tissot Superpole session from outside of Europe took place at the Losail International Circuit, with an enthralling 20-minute shoot-out taking place in Qatar. With much of the field lapping together in one big group, it was a fine effort from Ana Carrasco (Kawasaki Provec WorldSSP300) who stormed to her first pole position of 2019.

The usual unpredictability of WorldSSP300 soon showed, with a group of over 20 riders lapping together and taking advantage of the front straight for slipstreaming. However, it was Ana Carrasco who was using her WorldSSP300 Championship-winning experience to set consistently strong lap times on her own, leading the session for the majority of the session. Her rivals for second in the Championship, Andy Verdoïa (BCD Yamaha MS Racing) and Scott Deroue (Kawasaki MOTOPORT) were stuck in the battling pack.

It was an eventful session for Marc Garcia (DS Junior Team), who crashed early on in the session before remounting in the final ten minutes. However, the Spaniard then ran wide at Turn 10 and dirtied his tyres with all of the dust and sand on the outside of the track. However, it was also a difficult session for Manuel Gonzalez (Kawasaki ParkinGO Team), in fourth but seemingly unable to improve.

However, out front, nobody could keep with Ana Carrasco, who took her first pole position of the 2019 season. The out-going WorldSSP300 Champion headed Bruno Ieraci (Kawasaki GP Project), who achieved his best ever WorldSSP300 starting position, ahead of Australian, Tom Edwards (Kawasaki ParkinGO Team) – securing his first front row of the 2019 World Supersport 300 season.

Leading from row three in seventh place, 2017 WorldSSP300 Champion Marc Garcia made the most of his limited track time, whilst Scott Deroue was eighth, unable to match Carrasco in the battle for second overall in the Championship. Oliver König (Freudenberg KTM WorldSSP Team) was a strong ninth, whilst completing the top ten was Victor Steeman (Freudenberg KTM Junior Team).

Outside the top ten were Hugo De Cancellis (Team Trasimeno Yamaha) in 11th and Andy Verdoïa in 12th, whilst Nick Kalinin (Nutec – RT Motorsports by SKM – Kawasaki) was only 15th, ahead of Koen Meuffels (Kawasaki MOTOPORT).

Watch the first ever WorldSSP300 race outside of Europe with the WorldSBK VideoPass! 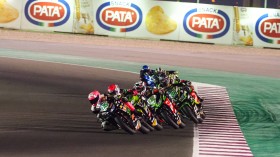 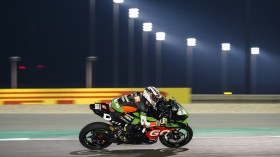