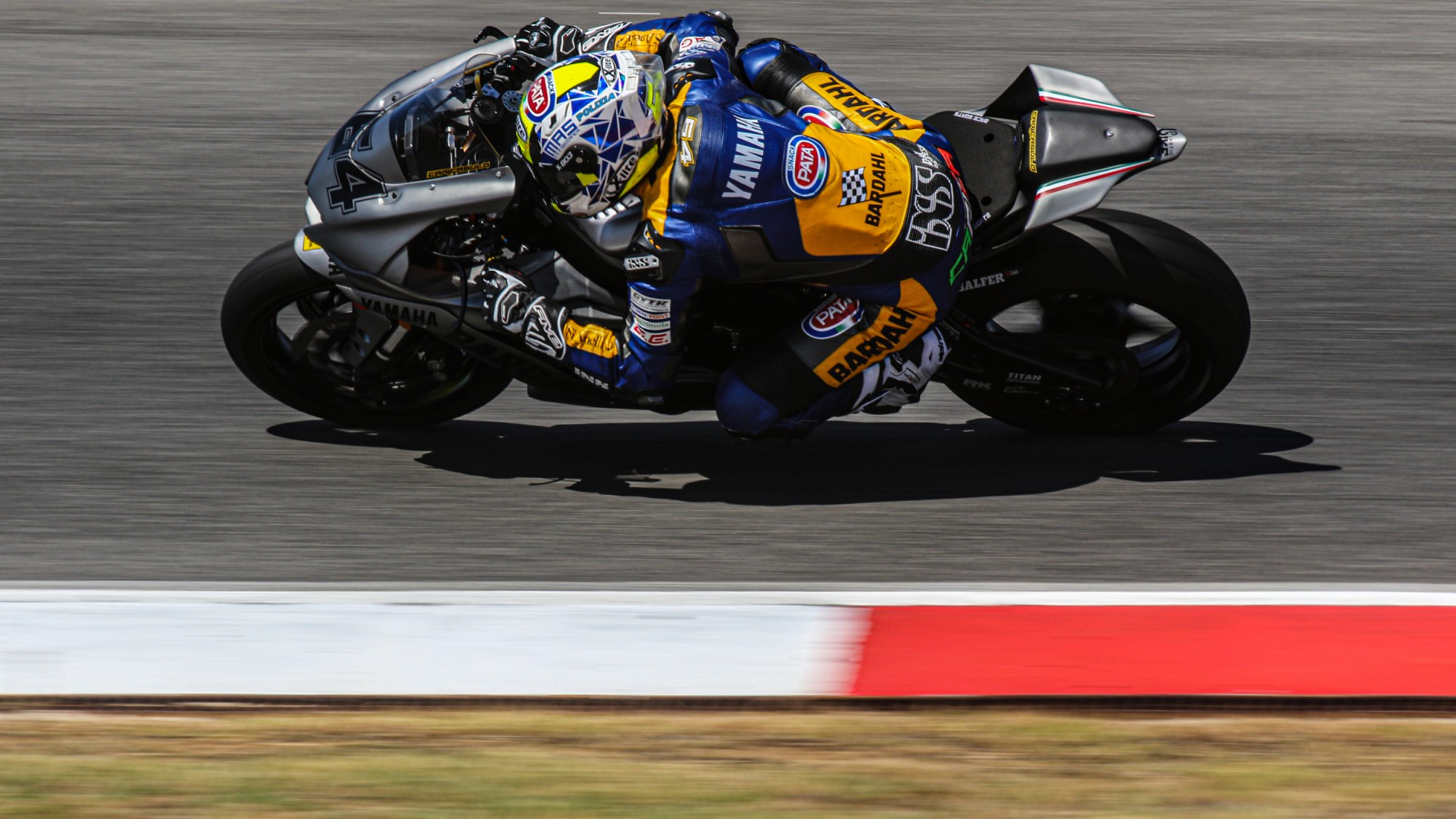 The Italian star will seek to continue whittling away at Randy Krummenacher’s points lead, with the 23-year-old gaining the upper hand in Portimao testing

Federico Caricasulo (BARDAHL Evan Bros. WorldSSP Team) has been busy in preparation for one last assault on the 2019 World Supersport championship, with a productive two days of testing at the Autodromo Internacional do Algarve. The undulating, fast and flowing nature to the Portuguese circuit will suit the Italian rider, who finished on top of the standings after two days of intense testing.

“It has been a good test for me, Sunday was very important for me, for the race. We did a lot of work on the bike and the setting of it, and on my riding. I am happy; we had some little problems in the afternoon, but it is OK, because we did all the work that we wanted to.

“We are happy and I am ready for the race. This test was important for the Portimao race but also for things that can help us in the last four races.”

Going on to speak about the weather at Portimao, Caricasulo stated: “There is a lot of difference between the morning and the afternoon in the weather, because in the morning it is cooler and the wind blows down the straight, so the track is faster. I think in two weeks; the situation will be the same.”

Can Federico Caricasulo mount a fight-back in WorldSSP? Find out with the WorldSBK VideoPass!