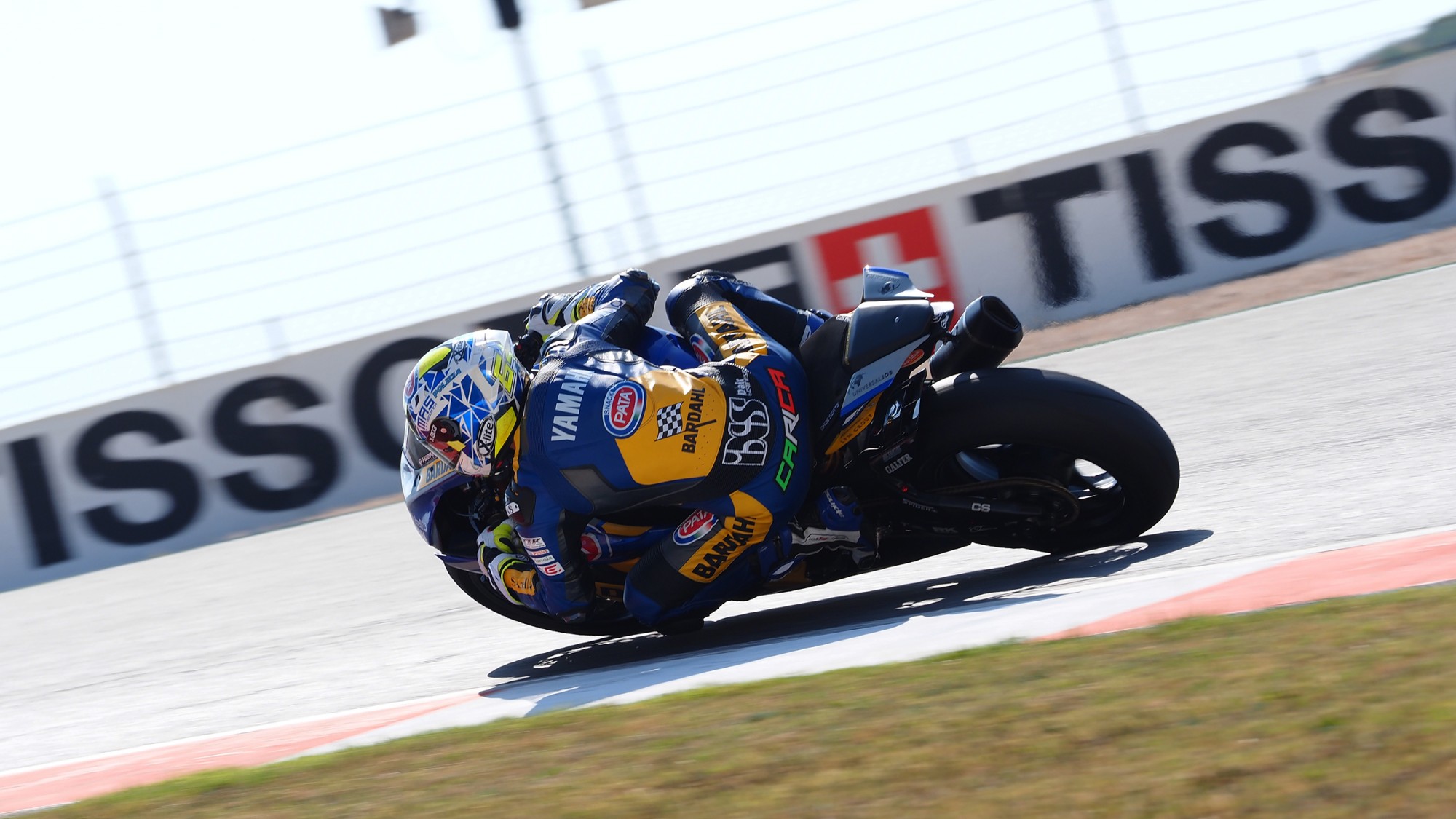 Next out on the circuit was the World Supersport field, with the focus on the championship battle between BARDAHL Evan Bros. WorldSSP Team of Randy Krummenacher and Federico Caricasulo. In recent rounds, the momentum has been firmly with Caricasulo but Krummenacher still held the championship lead. Heading into the race tomorrow, it is Caricasulo who starts from pole.

Randy Krummenacher was the rider who slotted in at the top spot, ahead of the surprise package of Isaac Viñales (Kallio Racing), the Spaniard making his debut at the Algarve International Circuit. Kyle Smith’s strong weekend looked set to continue in the early stages, as the British rider was up as high as third once everyone had settled down with the opening times. There was a crash for Raffaele De Rosa (MV AGUSTA Reparto Corse) at Turn 14 but the Italian made it back to the pits. At Turn 11 in the final 10 minutes, Isaac Viñales crashed but was unscathed in the incident.

As the session came to an end, Caricasulo hit pole position, ahead of Krummenacher and Viñales. However, there was still plenty of opportunity for change, as the Kawasaki charge was strong, being led by Lucas Mahias (Kawasaki Puccetti Racing), with Ayrton Badovini (Team Pedercini), Hikari Okubo (Kawasaki Puccetti Racing) and Kyle Smith all lining up behind the trio of Yamahas at the front. Jules Cluzel (GMT94 YAMAHA) needed a strong lap in the closing stages, languishing down in eighth.

This is how #WorldSSP riders end the Superpole session!

On his final lap, Federico Caricasulo blasted in a very quick time, storming to the fastest lap of the weekend and putting himself 0.4s clear of the chasing bunch and securing back-to-back poles for the first time this season. Krummenacher was only able to achieve second position as he is recovering from nagging injuries picked up from Friday, whilst Lucas Mahias was back on the front row again in third.

Leading the charge from row two, despite a crash, Isaac Viñales was fourth and impressive on his return to action after eight weeks off in the summer. Raffaele De Rosa’s issues earlier on in the session saw him elevate up the order to the middle of row two in fifth, whilst Ayrton Badovini made it three Italians in the top six and completed row two. Kawasaki and MV AGUSTA are certainly bringing the charge to Yamaha at the front of the grid.

Row three features Japanese star Hikari Okubo, who is yet to start from outside the top nine in 2019. Joining him on the third row, it was a disaster for Jules Cluzel who starts just eighth after winning last time out at Donington Park. Britain’s Kyle Smith was ninth, as he looks to secure the Europe Supersport Cup crown this weekend. Completing the top ten is Jules Danilo (CIA Landlord Insurance), making it all four manufacturers represented inside the top ten. Wildcard Miquel Pons (H43 Team NOBBY TALASUR-BLUMAQ) was 11th.

Watch the WorldSSP race on Sunday at 12:15 local time (GMT +1) with the WorldSBK VideoPass! 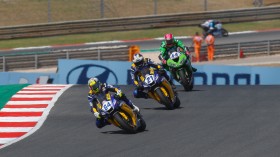 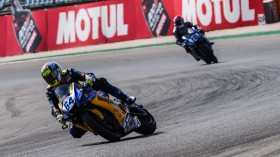 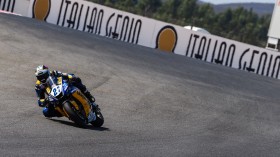