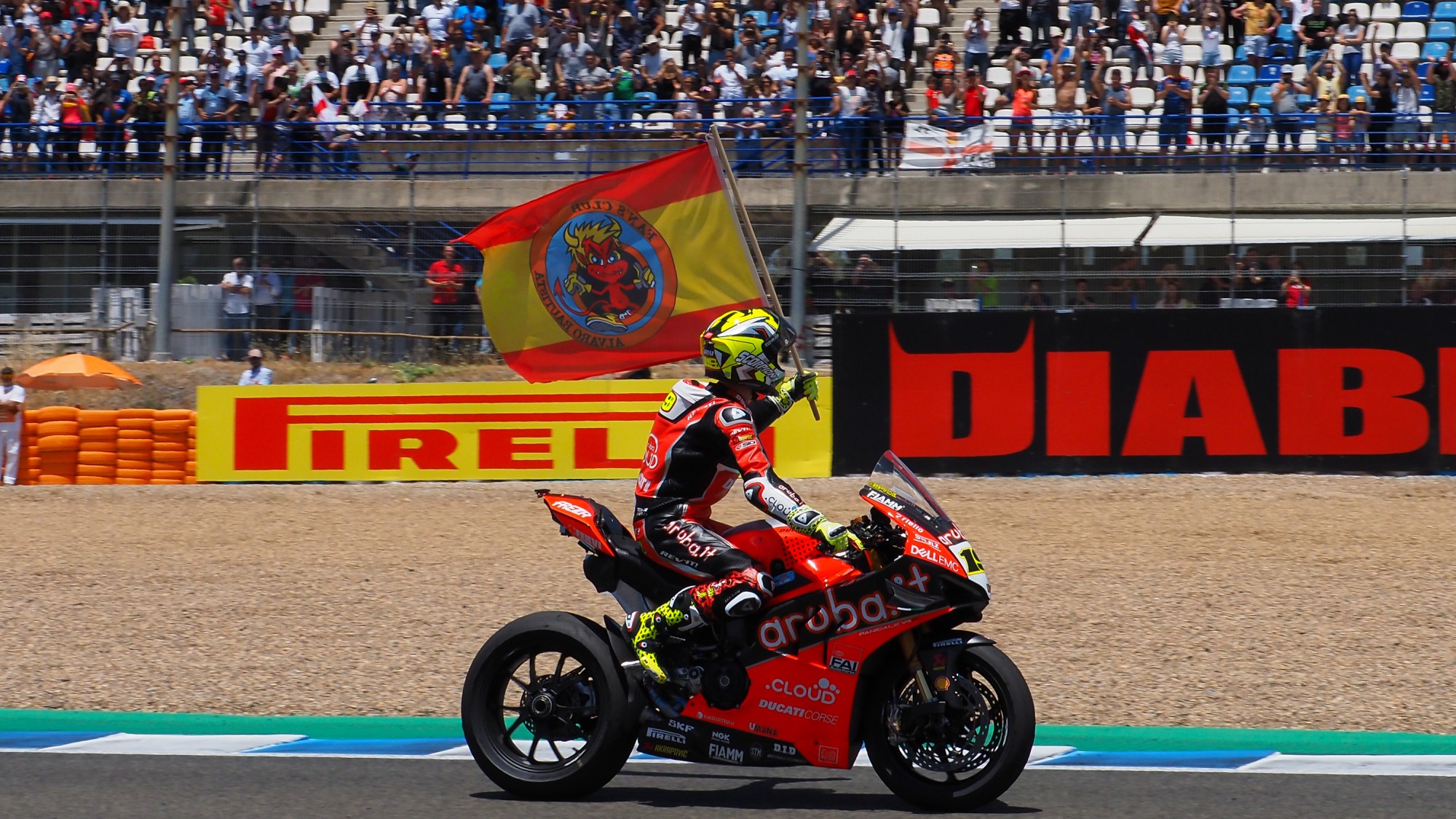 UPDATE: Jonathan Rea has been handed penalties following his collision with Alex Lowes on the final lap, meaning he doesn’t feature on the podium.

On the opening lap, it was a frantic start as Jonathan Rea (Kawasaki Racing Team WorldSBK) took the holeshot and kept his advantage, despite Bautista trying to get around the outside. However, on the short burst between Turn 4 and 5, the Spaniard was able to get ahead of Rea with a well-executed move. At the end of the first lap, Alex Lowes (Pata Yamaha WorldSBK Team) was a solid third, whilst teammate Michael van der Mark had fought his way ahead of Marco Melandri (GRT Yamaha WorldSBK) and was fourth.

Soon, the battle over third began to take place, with Michael van der Mark right on the tail of Lowes as the third lap started. Half way round the lap however, it was an unconventional pass at Turn 8 that saw the Dutchman get ahead of his teammate and lead the pursuit to Jonathan Rea, who was losing time to Bautista ahead and the Yamahas behind – even though they were dueling.

What a performance from the Spanish rider on home soil. #ESPWorldSBK pic.twitter.com/rP4hVDMzdE

It wasn’t long before the Yamahas began to rapidly close down the reigning four-time WorldSBK Champion. The Northern Irishman had no answer for a rampant van der Mark, who passed him with ease at Turn 6 with 12 laps to go. Soon, it was Alex Lowes’ turn to get ahead of Rea, this time at Turn 2 as Rea made a rare mistake. However, Lowes made a similar mistake at Turn 5, allowing Rea to go back ahead at Turn 6 before a battle throughout the rest of the race ensued.

There were further battles down the field, with Toprak Razgatlioglu (Turkish Puccetti Racing) making a blazing start to the race, up to fifth from 11th. Despite this, Marco Melandri was making his presence felt, with a strong block pass at Turn 6 in the middle of the race, whilst Razgatlioglu got the Italian back a lap later at Turn 1. The battle raged for the rest of the race, with Melandri taking his top five in the end since he was third in Race 1 at Phillip Island.

With van der Mark clearing off and Bautista on the horizon, Rea and Lowes were left to battle it out right the way until the end of the race. With multiple clean passes as the two swapped positions, the last lap was the perfect opportunity for a desperate move from Rea, who needs as many damage limitation points as possible. With Bautista winning and van der Mark second, there were shenanigans behind as Rea’s desperate pass knocked off Lowes. Rea’s wave of apology was no consolation as Alex Lowes’ left hand glove had been ripped off in the accident.

Things that only happen in #WorldSBK... @19Bautista enjoying the paddock atmosphere! #ESPWorldSBK pic.twitter.com/sKUXvuxAcM

Watch more drama unfold at the Acerbis Spanish Round with the WorldSBK VideoPass! 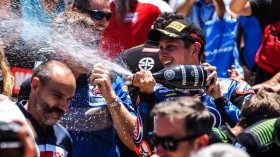 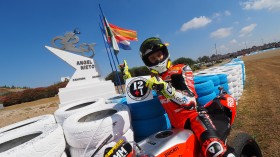 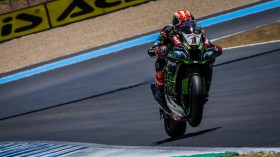