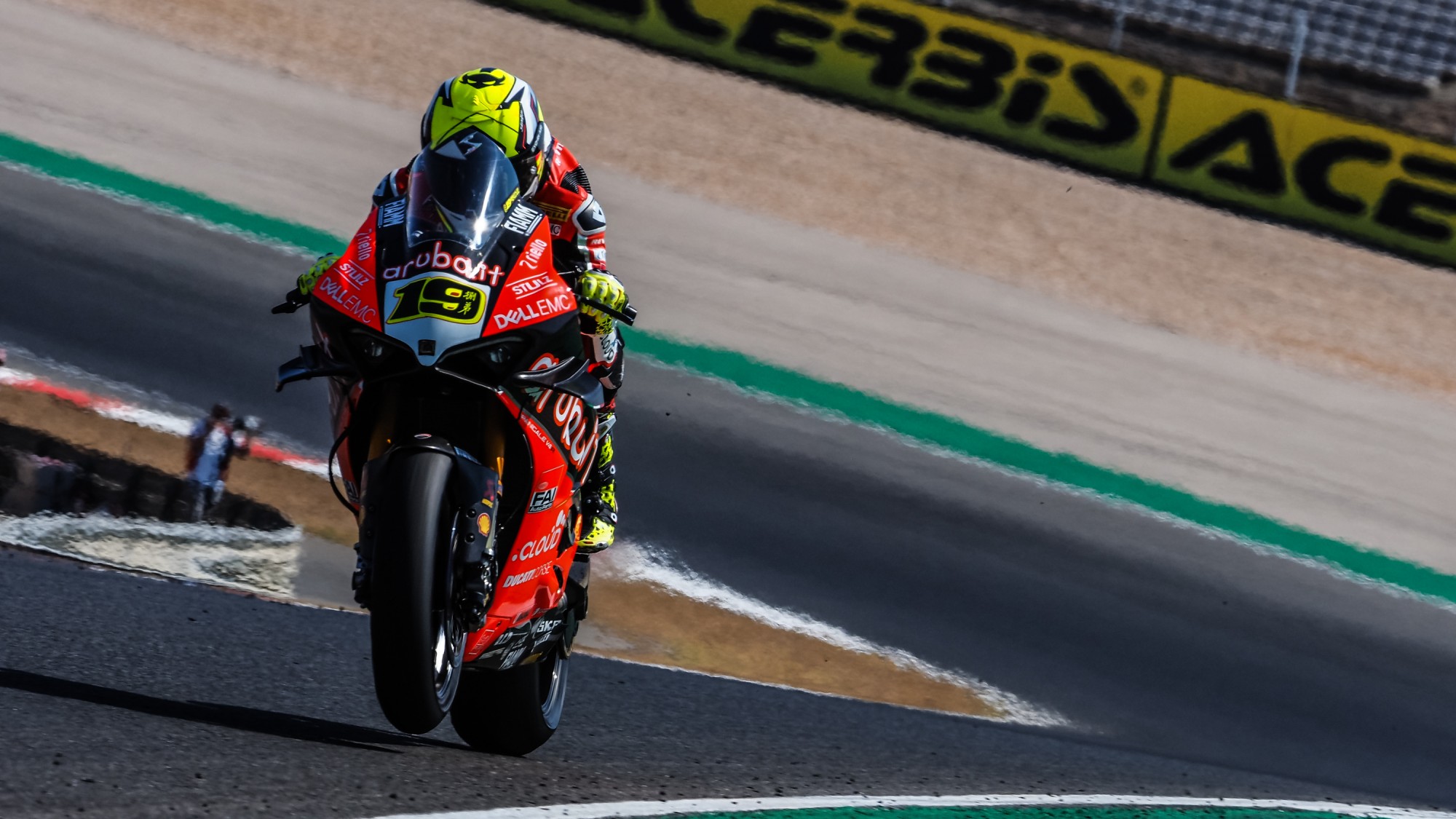 The ARUBA.IT Racing – Ducati man was hot on the heels of Jonathan Rea in Portimao, but can he overcome the Northern Irishman’s pace?

After a disastrous Laguna Seca, Alvaro Bautista (ARUBA.IT Racing – Ducati) reminded everyone that the title fight is not over as he was right in the mix after day one of action at the Algarve International Circuit in Portugal. The Spaniard was just 0.078s behind Jonathan Rea (Kawasaki Racing Team WorldSBK) overall, whilst he was able to finish on top of the pile in FP2. Does Alvaro begin his fight back this weekend, to make sure that he goes to Magny-Cours still in with a realistic hope of title glory?

His first visit to Portimao was two weeks ago in the official WorldSBK test, where he only placed ninth in the standings. Now, utilising his little experience at the track and his good set-up, Bautista looks like he will be able to take the fight to Rea this weekend. The last Ducati winner in Portugal was Bautista’s fellow countryman Carlos Checa, back in 2011. A record that Ducati will be keen to update, the 34-year-old rookie has certainly started brightly under the Portuguese sunshine.

Reviewing his first day of action at the Portuguese circuit, Bautista stated: “I don’t have the same experience as other riders at this track but fortunately, I have done some tests here in January and also two weeks ago, so I have good reference points. My shoulder is still not at 100%, but I managed the situation. In any case I am happy because the feeling with the bike is good and the shoulder is much better than in the test. We will see tomorrow if I can start again with a good feeling and good energy.”

After the Tissot Superpole Race at Jerez, Bautista sported a 61-point lead but now, he has an 81-point deficit after he went to the Geico U.S. Round at Laguna Seca and scored no points at all. But, with seven weeks between that round and Portimao, he has had the time to reset and come out fighting in the final four rounds of his rookie WorldSBK season.

Continuing to discuss his feelings with the Ducati Panigale V4 R, the Spaniard said: “In the morning, I didn’t complete many laps. The race will be similar to this afternoon, as it will be hotter like this afternoon and I feel better in these kinds of conditions. I was able to set a good lap time and I did all the practice with the same tyres. I feel more confident with these conditions and I am happy with the result today.”

Can Bautista beat Rea? Find out everything from the Acerbis Portuguese Round with the WorldSBK VideoPass!