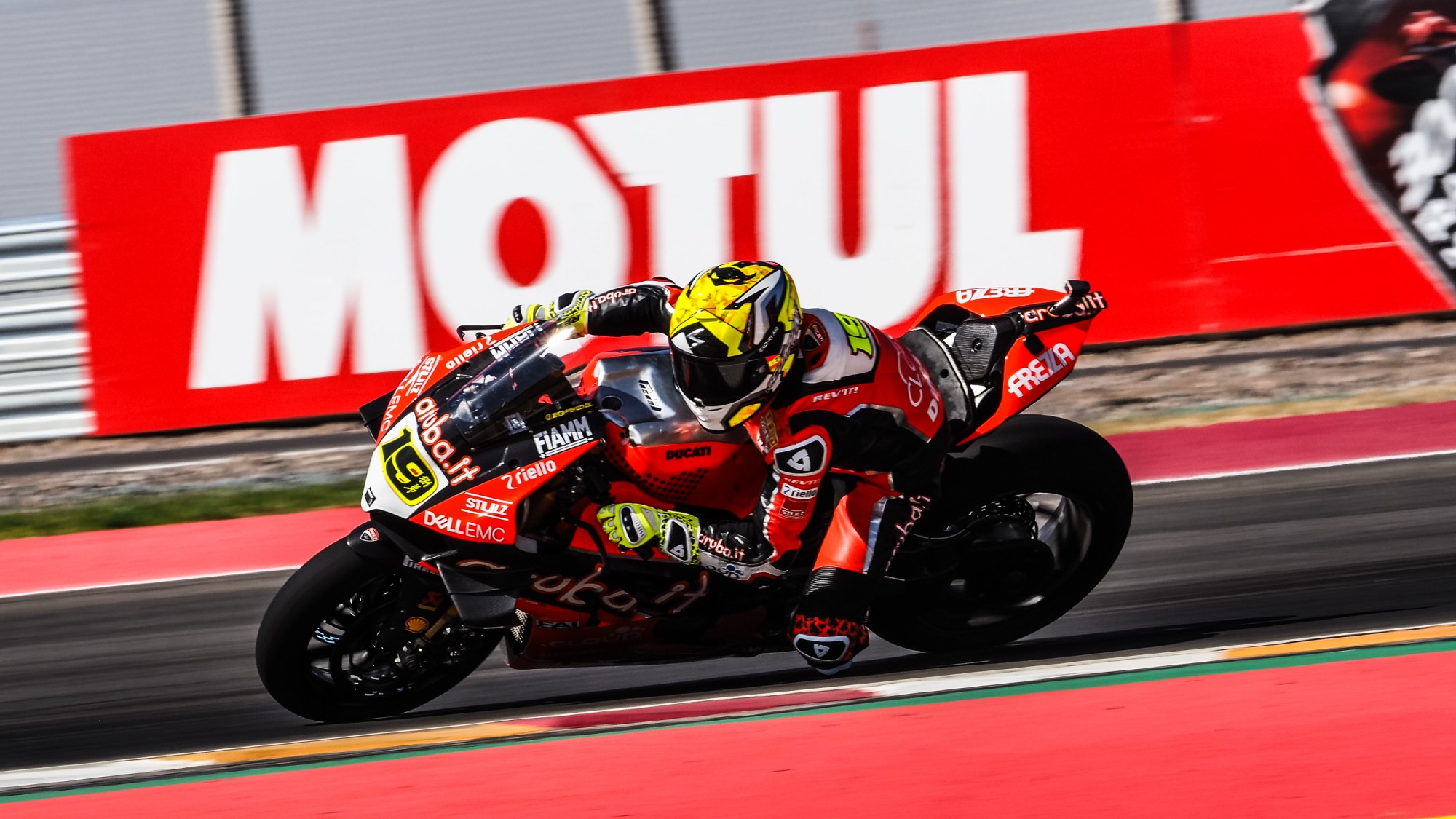 The opening session of the Motul Argentinean Round was completely unpredictable, with an array of riders looking strong after the first 50 minutes of track time.

The penultimate round of the 2019 MOTUL FIM Superbike World Championship got underway in dusty conditions at the Circuito San Juan Villicum, despite bright sunshine. The track, which first came onto the calendar in 2018, welcomed World Superbike back, although the times were a long way from what they were last Year, with lots of dust and sand on track. Making the most of the difficult conditions however, circuit newcomer Alvaro Bautista (ARUBA.IT Racing – Ducati) was back on top.

The 20 minutes of the session saw just 12 riders out on track, with all the British riders besides Argentina new-boy Leon Haslam (Kawasaki Racing Team WorldSBK) remaining in pitlane. All the riders who had never raced in San Juan before went out on track, braving the difficult, sandy conditions.

As the clock ticked down to 12 minutes to go, the rest of the field ventured out onto the Argentinean circuit. Alvaro Bautista spent much of the session out on track, which paid dividends as the Spaniard finished on top of the pile, ahead of Jonathan Rea, who was second on the timesheets after the first 50 minutes. The newly-crowned five-time WorldSBK Champion pipped Michael Ruben Rinaldi (BARNI Racing Team), as the Italian showed a good opening pace on his first time at the circuit. Toprak Razgatlioglu (Turkish Puccetti Racing), who was a solid fourth whilst Jordi Torres (Team Pedercini Racing) completed the top five.

Sixth place was the first of the Yamahas and Alex Lowes (Pata Yamaha WorldSBK Team), who was confirmed as moving to KRT just hours before the round got underway. He saw off a pack of Yamahas, including teammate Michael van der Mark, Loris Baz (Ten Kate Racing Yamaha) and GRT Yamaha WorldSBK duo Sandro Cortese and 2018 Argentina pole-sitter, Marco Melandri. Home hero Leandro Mercado (Orelac Racing VerdNatura) was 15th.