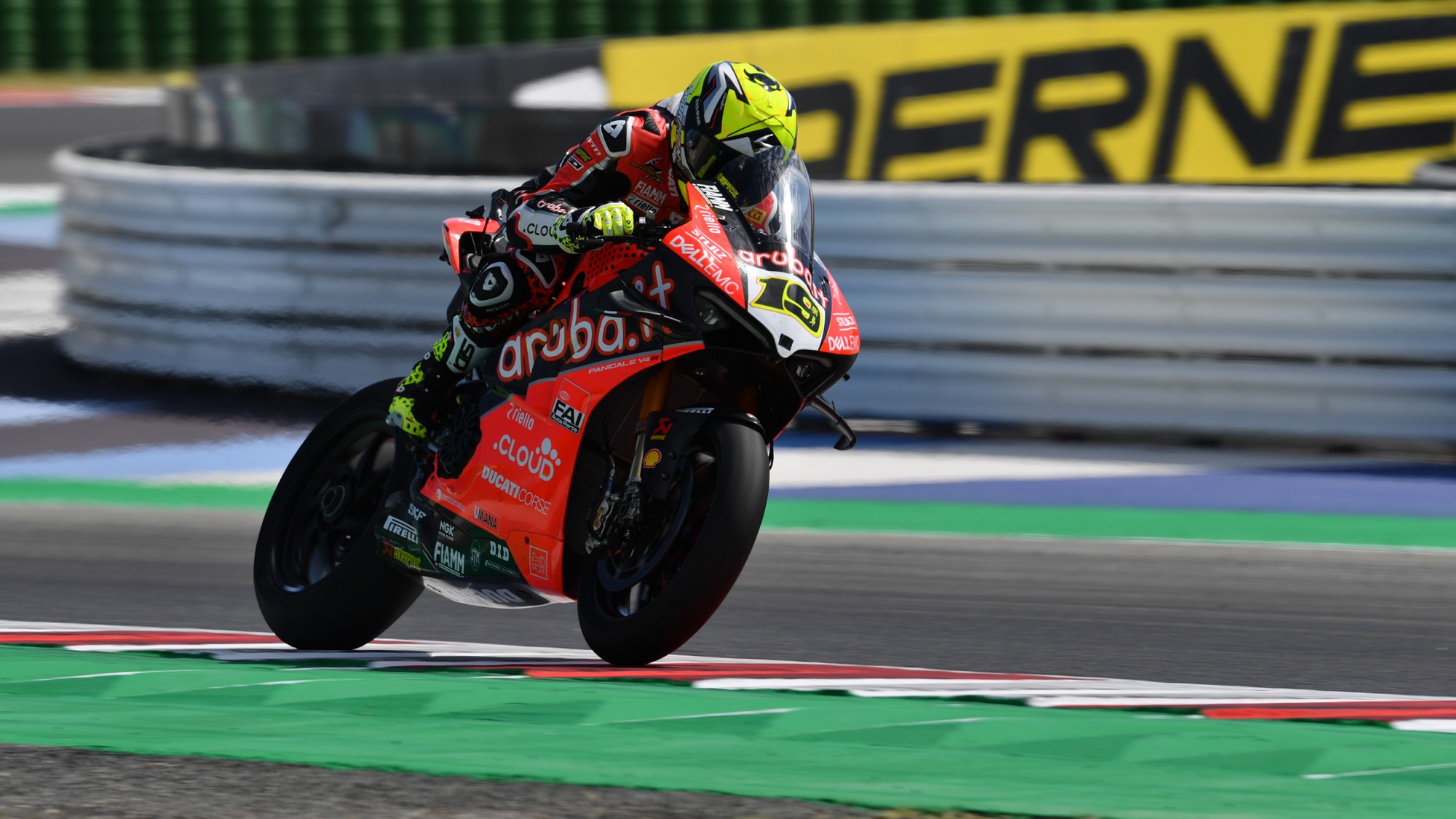 After the miserable rain became a pain in WorldSBK Race 1, it was sunny blue skies at the Misano World Circuit “Marco Simoncelli” in Italy, ahead of the WorldSBK Tissot Superpole Race. The 10-lap encounter saw red-hot action all the way as Jonathan Rea (Kawasaki Racing Team WorldSBK) and Alvaro Bautista (ARUBA.IT Racing – Ducati) went head-to-head in the early stages. After a third in Race 1 yesterday, Bautista took the verdict ahead of the Alex Lowes (Pata Yamaha WorldSBK Team), whilst Leon Haslam (Kawasaki Racing Team WorldSBK) was a solid third, whilst teammate Rea crashed in the closing stages.

On the opening lap, Rea took the holeshot ahead of Cortese and Bautista, with the Spaniard moving ahead of Tom Sykes (BMW Motorrad WorldSBK Team) and Alex Lowes straight away. Down in to Turn 8, Bautista got ahead of the GRT Yamaha WorldSBK machine, now with his sights set on Rea. Further down in the battle for sixth, Toprak Razgatlioglu (Turkish Puccetti Racing) barged his way ahead of Leon Haslam (Kawasaki Racing Team WorldSBK) on the exit of Turn 10. The British rider got ahead of Turkish star later in the race.

At the end of the second lap however, after a lap of riding right behind Rea, Bautista made his move down the front straight, using the horsepower of the Ducati Panigale V4 R to his advantage. The Spaniard hit the front and never looked back, whilst Jonathan Rea looked a strong second. Further down the order in the battle for fourth, Tom Sykes had been passed by Alex Lowes.

@19Bautista makes a move on @jonathanrea

The Championship leader wants to be back on TOP!#RiminiWorldSBK pic.twitter.com/82VJQbskQV

In the closing stages, it was all change in a dramatic set of circumstances, as Sandro Cortese crashed at Turn 16 with just over three laps to go. Then half a lap later, Jonathan Rea had an unusual accident at Turn 10. Cortese was out after looking good for a first podium, whilst Rea remounted and finished fifth. On the final lap, it was devastation for Tom Sykes, as another technical problem meant he was out with just half-a-lap to go.

Giving Ducati their 30th win at Misano, Alvaro Bautista will start on pole position for Race 2, extending his championship lead. Alex Lowes enjoyed good luck and was second, whilst Leon Haslam completed the podium; a 400th for Kawasaki.

Toprak Razgatlioglu will head up row two after a fourth-place finish, with Jonathan Rea in fifth and Marco Melandri (GRT Yamaha WorldSBK), who came from 19th on the grid to finish a remarkable sixth.

After an impressive race, Michael Ruben Rinaldi (BARNI Racing Team) took a well-earnt seventh ahead of his wildcard teammate Michele Pirro, with third row starts being key for the Independent team. Completing row three with his first top nine performance since Race 1 at Assen in 2018, Leandro ‘Tati’ Mercado (Orelac Racing VerdNatura), as the Argentine enjoyed a second consecutive top ten.

Watch the remaining races of WorldSBK at Misano with the WorldSBK VideoPass! 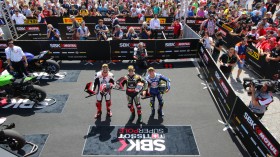