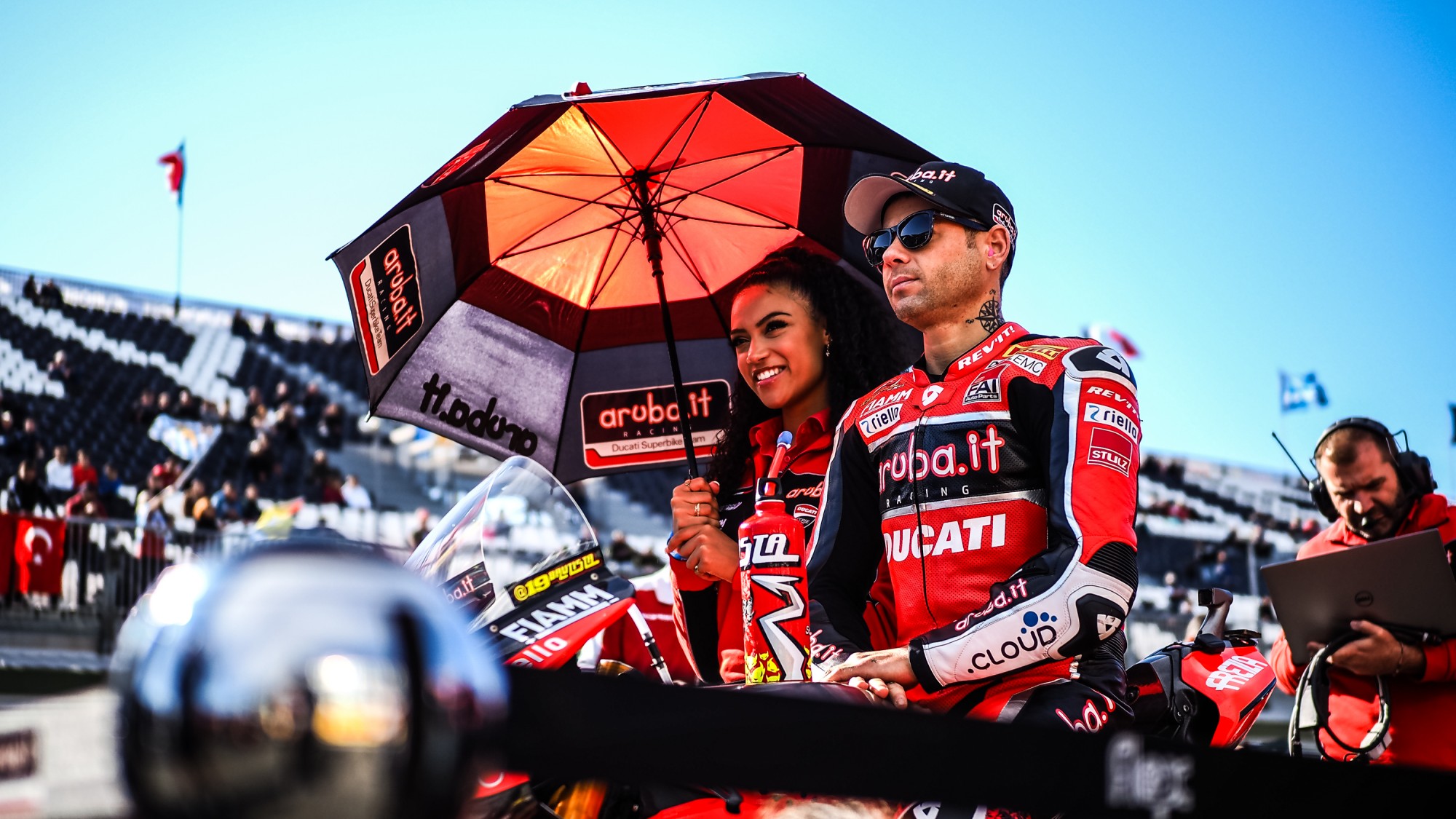 The season started so strongly with eleven consecutive victories, but with two rounds of the 2019 campaign remaining, Alvaro Bautista (ARUBA.IT Racing - Ducati) can no longer catch Jonathan Rea (Kawasaki Racing Team WorldSBK) with six races remaining, in Argentina and Qatar. Today saw any mathematical hopes ended by victory for Rea, while Bautista was caught up in a collision with Toprak Razgatlioglu (Turkish Puccetti Racing).

The Tissot Superpole race saw the Spaniard make rapid progress, climbing up the order to fifth and ensuring a second-row grid spot for Race 2. After a promising start, Bautista moved up to third but when Razgatlioglu attempted an overtaking move on the Ducati on Lap 2, the Turkish rider lost control with neither rider able to avoid a collision.

The incident eliminated both riders on the spot and with Rea going onto win the race, the championship was settled. Reflecting on today’s incident, Bautista believes an error from the Race 1 and Tissot Superpole Race winner at the Adelaide hairpin moments earlier, when he ran wide and dropped to fourth, may have contributed to the crash.

“Toprak made a mistake in the first lap, he went long and lost the lead”, he explained. “For me, he was a bit nervous and wanted to win again but he wanted to recover very soon. He passed me on the limit and opened the gas so early and lost the rear. I couldn’t do anything to save the impact so it’s unlucky but this can happen in racing.”

Although today was the decisive moment in a season-long battle for supremacy between Rea and Bautista, the Spaniard doesn’t feel the main damage to his title bid was inflicted today. Bautista has now failed to score on six separate occasions this season after such a blistering start in the earlier rounds, and although he is disappointed not to push Rea all way to the wire, Alvaro accepts the better man has won.

“For sure, we didn’t only lose the championship today because you win or lose the championship over the whole season”, he said. “Today, I would’ve liked to make it more difficult and to wait until Argentina or, who knows, maybe Qatar but this is racing. For sure, some small details in some situations at the beginning of the season were in our favour but after the halfway point of the season, it was no longer in our favour. I want to congratulate him because he always gets the maximum he can in all kinds of conditions so he deserves the championship.”

Two rounds remain in the 2019 MOTUL FIM Superbike World Championship, starting with the Motul Argentinean Round on October 11-13, and in Bautista’s spell with ARUBA.IT Racing - Ducati. As he prepares for his switch to HRC next season, Alvaro, who is guaranteed to finish the season as championship runner-up, is keen to finish the season in a positive fashion and feels he is due a change in fortunes at the Circuito San Juan Villicum.

“The next track will be new for me. Fortunately, the other riders don’t have a lot more experience than me, they have only one year, so I don’t have a huge disadvantage. If we can fight for the victory, for sure we will try but I hope to have more luck in the two rounds we have left!”

Follow Alvaro Bautista through the final two rounds of 2019 with the WorldSBK VideoPass!