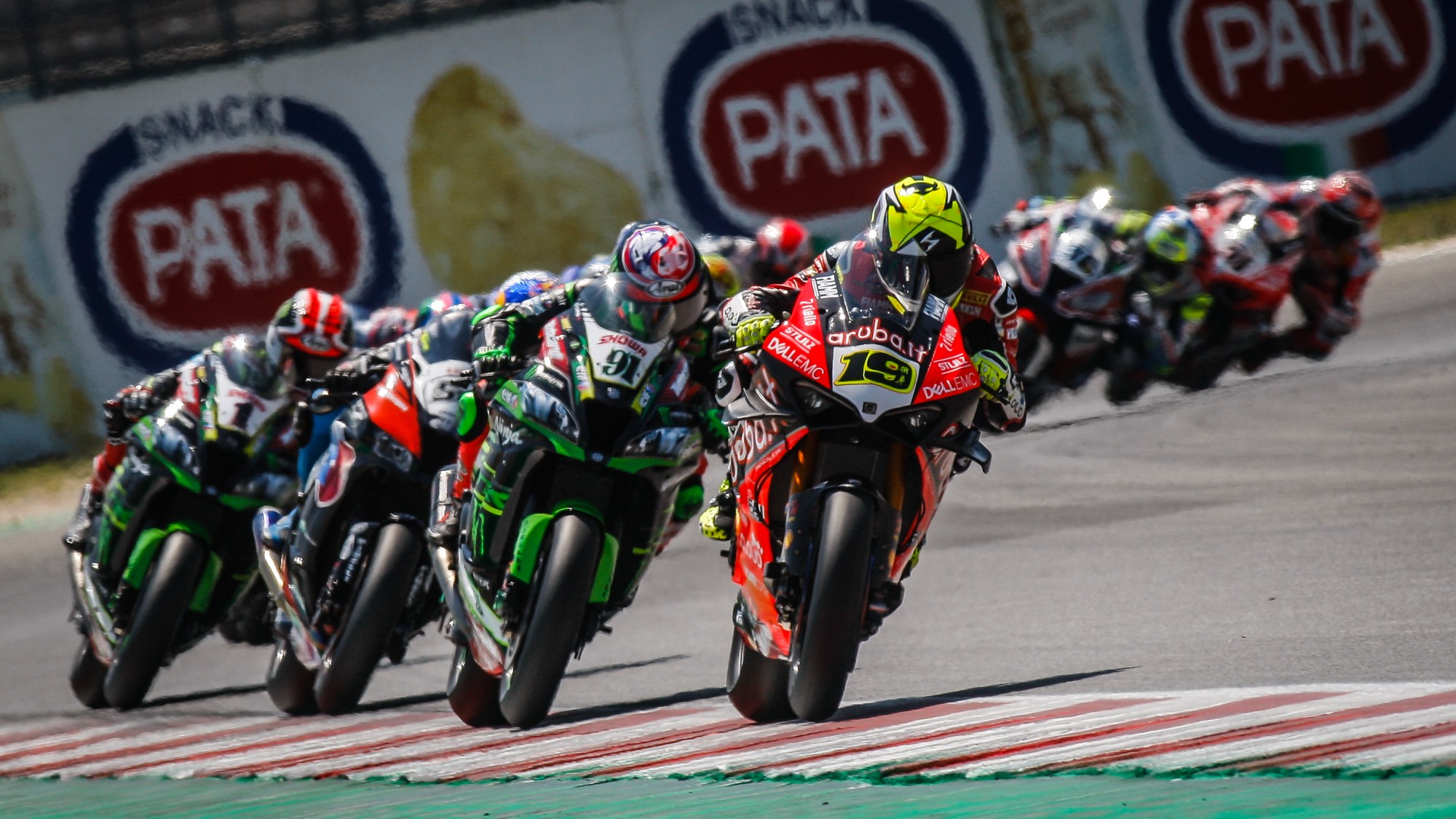 It looked so safe after the Tissot Superpole Race at Jerez with a 61-point lead, but Alvaro Bautista has unceremoniously lost his huge advantage in WorldSBK, highlighting that anything is unpredictable in WorldSBK in 2019. The Spaniard, who is a rookie in the championship in 2019, crashed out of the lead of Race 2, as he looked to secure a 15th win of the season.

The results got worse for Bautista, as main championship rival – Jonathan Rea (Kawasaki Racing Team WorldSBK) – took a full 25 points off his championship lead in a phenomenal last lap scrap with Toprak Razgatlioglu (Turkish Puccetti Racing). The gap between the two WorldSBK giants is now just 16 points as they head to Donington Park.

“I am happy because our performance has been high all weekend,” began a pragmatic Alvaro Bautista. “At the same time, I am very angry with myself, as I have made two mistakes for two rounds in a row. Maybe I had too much confidence ahead of the race, from the bike and also from my riding. We will have to work so that we don’t repeat the mistake. In any case, I have to learn from the mistakes, so that I can keep going and learn for the next round.”

With his lead cut now and Jonathan Rea heading to his home round, Donington Park could be the scene of one of the most intense WorldSBK races of the season, with Bautista now needing to beat Rea to build his championship lead up. On the other hand, Rea needs to beat Bautista to keep the pressure on the Spaniard, right up to the mid-season break after Laguna Seca.