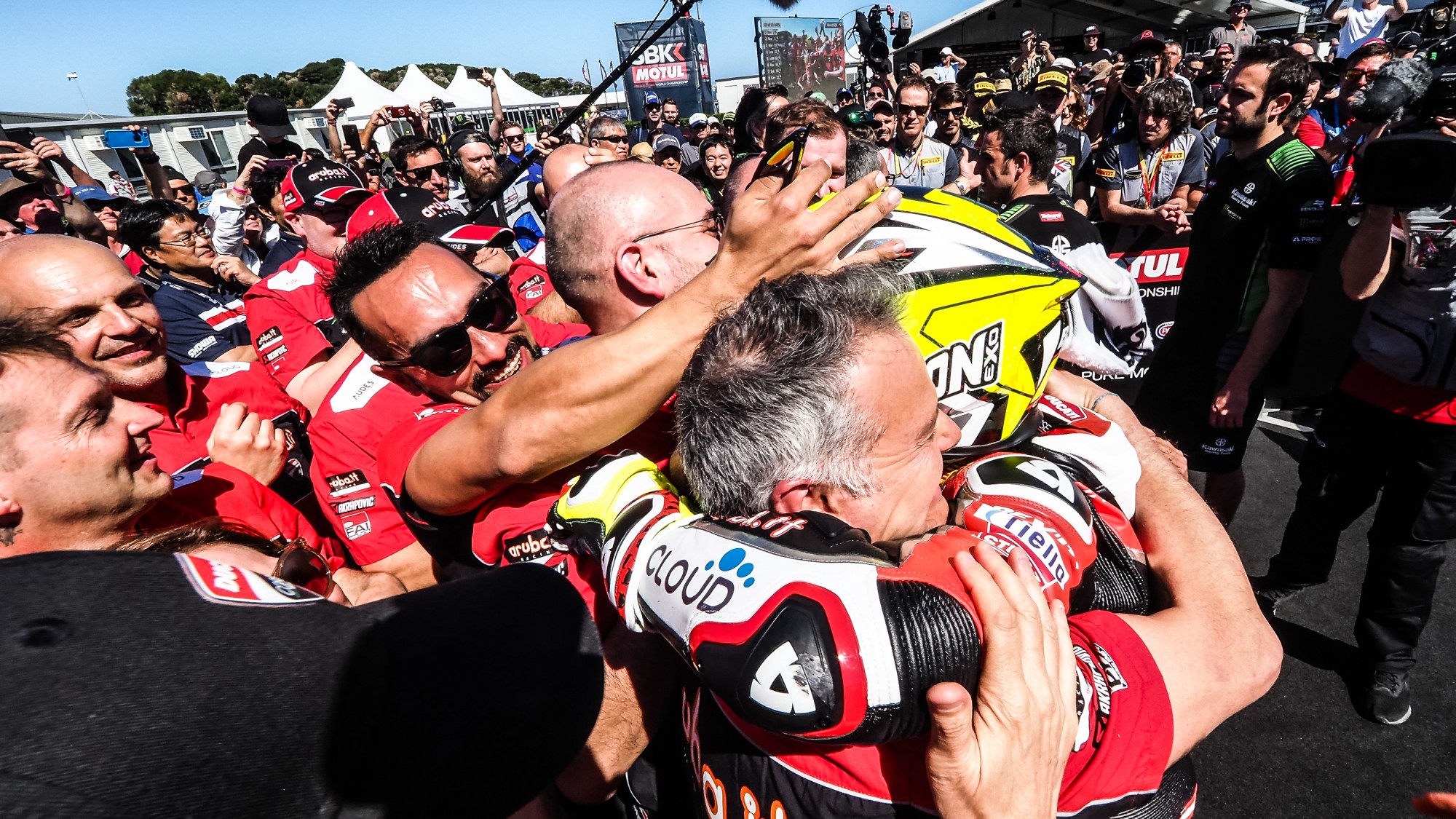 Australia triple-victor thrilled by atmosphere at debut WorldSBK round

On Sunday morning, Spanish motorsport fans awoke with one of their own at the top of the MOTUL FIM Superbike World Championship standings, the first time that has happened at the end of a Round since early 2012 with Carlos Checa.

Álvaro Bautista’s (Aruba.it Racing – Ducati) ruthless performances in Race 1 and Race 2 – not to mention a fierce dogfight with reigning champion Jonathan Rea (Kawasaki Racing Team WorldSBK) in the inaugural Tissot Superpole Race – did not go unnoticed in the Mediterranean country. A beloved rider back at home, the 34-year-old’s phone has not stopped ringing with interview requests and congratulations from his peers.

It can be easy to forget that this was the Spaniard’s first weekend in WorldSBK – speaking to Radio Marca just hours after completing his hat-trick of wins, Bautista showed his amazement at the easy-going atmosphere inside the paddock: “The friendliness and familiarity inside the paddock is incredible. People walk into the paddock and we spend all day doing shows, we’re with the fans all the way from Thursday to Sunday. It’s fantastic, a very fun and open championship”.

With the first of two home rounds coming up in six weeks’ time, Bautista is relishing the chance to feel the same excitement again: “I’m just amazed at how the paddock is in SBK®. People can be alongside the rider and ask questions. There’s an incredible rider-fan relationship that is unthinkable elsewhere. I encourage anyone to see it for themselves, to go to Aragon or Jerez, because as fans they will have a fantastic time”.

Bautista now sets his eyes on Thailand and Chang International Circuit, where he’ll certainly have a target on his back. Watch all the action live thanks to WorldSBK VideoPass.