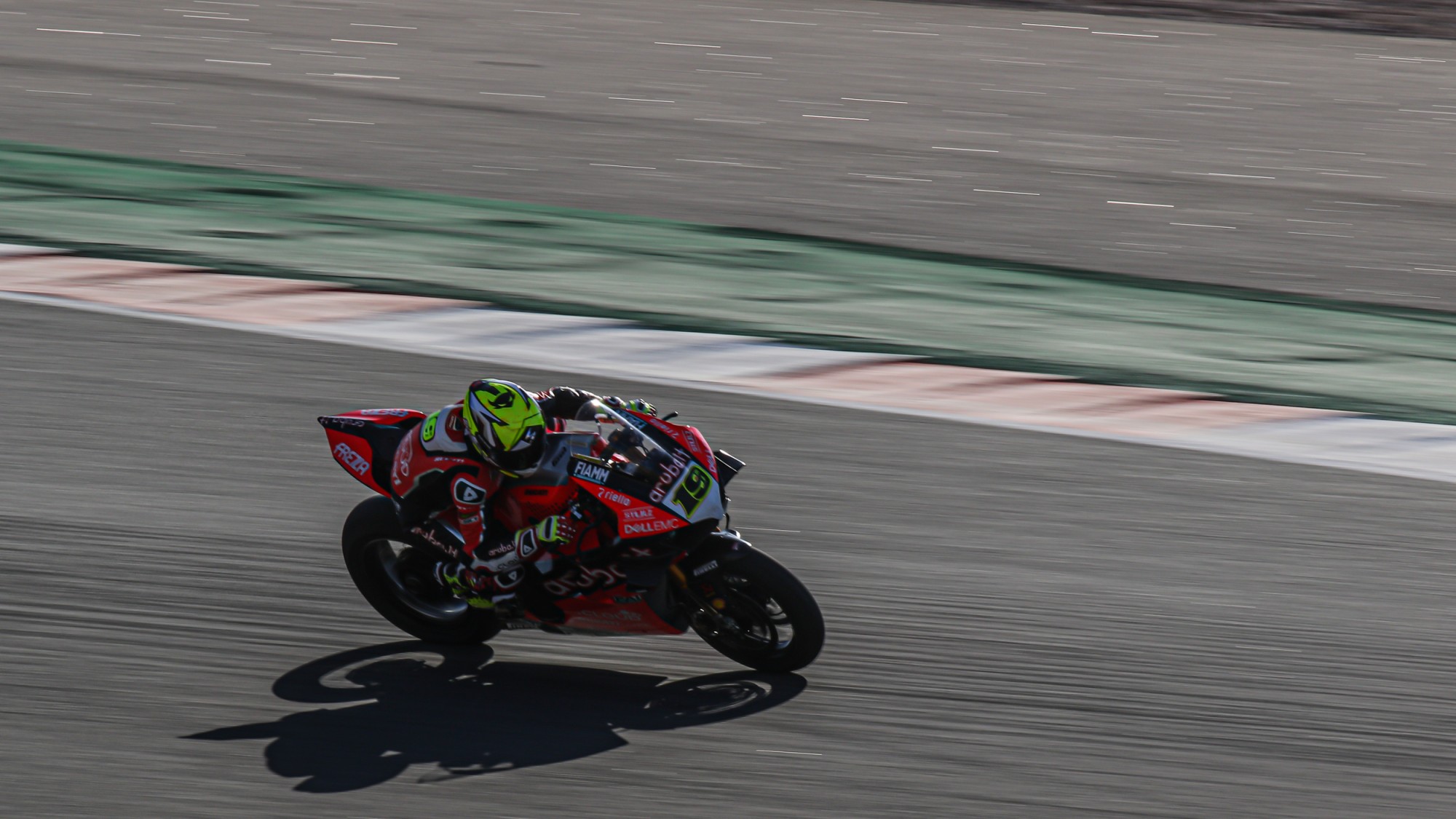 As he is still feeling some shoulder pain after the crash at the GEICO U.S. Round, Bautista has decided to sit out the rest of Portimao Test

Alvaro Bautista (ARUBA.IT Racing – Ducati) will not take part to the last free practice session on the final day of Official WorldSBK Testing at Portimao, as he is still struggling with the shoulder he injured during the Tissot Superpole Race accident at the GEICO U.S. Round.

Yesterday, the Spaniard took to the track all day even if still not feeling at his 100%. For Bautista, testing at Autodromo do Algarve Portimao a few weeks before the ACERBIS Portuguese Round that will take place here in September, was extremely important considering that it will be for him the first-time racing on it. The ARUBA.IT Racing – Ducati rider used the two sessions available yesterday to put in as many laps as possible to get more references of the particular layout of the circuit before the much-anticipated race weekend.

But the 66 laps he put in between FP1 and FP2 cost him some shoulder pain when he hit the track again this morning for Day 2 FP1: “This morning I felt I little bit worse physically compared to yesterday. I put in a lot of laps on the first day, and maybe I forced too much my shoulder, which is still recovering. That is why I decided to stop for today and give it some rest to be back at my 100% for next round” explained Bautista.

Despite the early end to his two-day test, the Spaniard revealed to be happy with the general work he was able to do with the team during the test. “Compared to the test we did back in January now I feel more comfortable on the track, and I think I will be able to push to the limit as I am doing at any other race track I have already been racing before”, said Bautista.

Working on the rear end of his Ducati Panigale V4 R to improve grip and stability and testing new Pirelli tyres, Bautista was able to finish 3rd overall yesterday, why this morning he finished 15th after having completed only 17 laps out on the track.

Keep yourself update on Alvaro Bautista and find out how the Portimao Official Test will finish with the WorldSBK VideoPass.