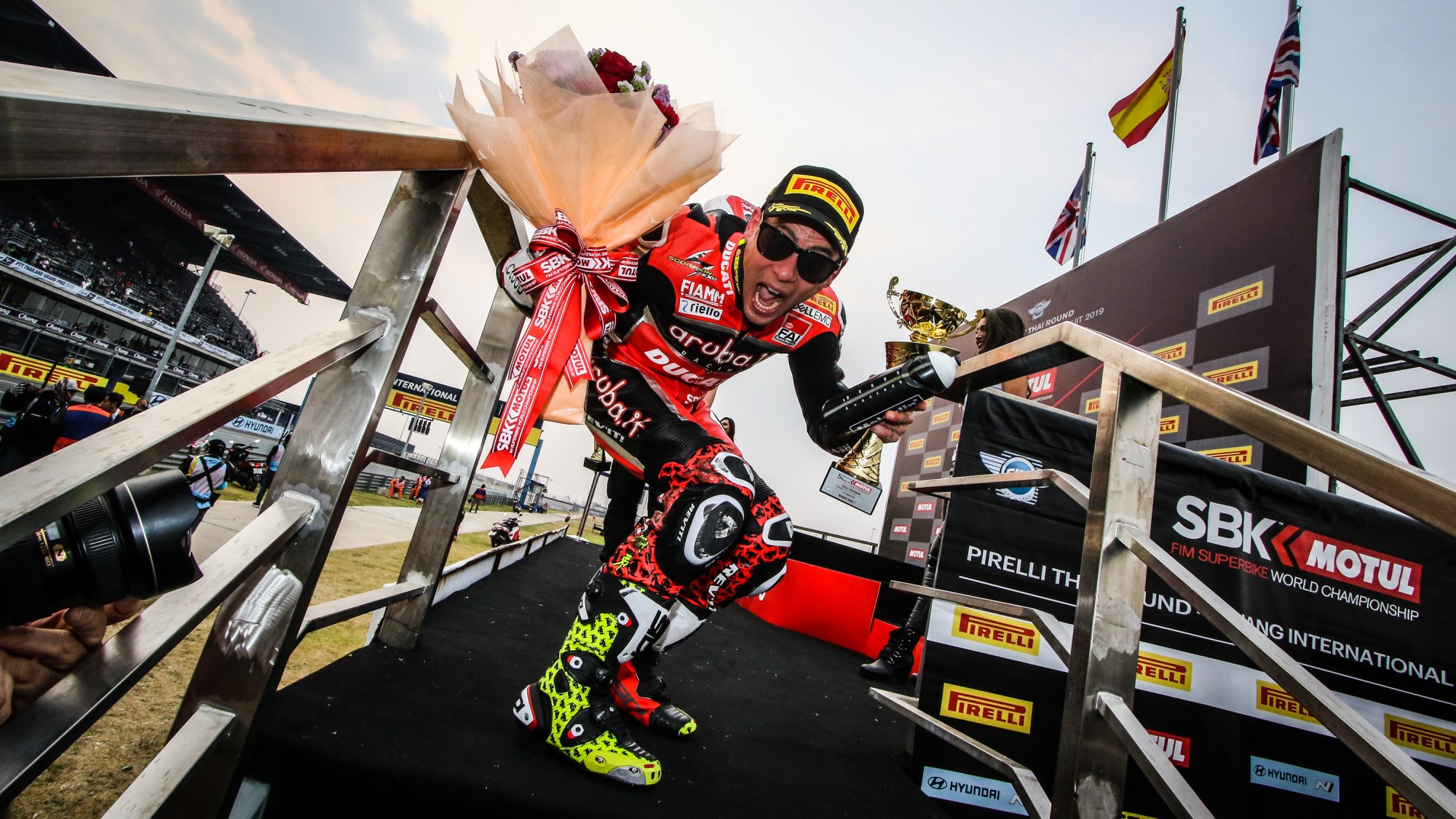 WorldSBK star doubled his championship lead ahead of Rea in the heat and humidity at the Chang International Circuit!

Alvaro Bautista’s domination in WorldSBK continued at the Pirelli Thai Round at the Chang International Circuit, taking three wins from three races, to maintain his 100% unbeaten record since joining the MOTUL FIM Superbike World Championship.

The Spanish rider had his work cut-out in Race 1 before moving through to take the lead and eventual win with 12 laps to go, whilst in the Tissot Superpole Race, a small battle soon saw Bautista pull away before a red flag. In Race 2, it was a lights-to-flag victory like those we saw in Australia, emphasising his outright pace in all scenarios.

The 34-year-old championship leader said: “I think it has been the perfect weekend! Before we came here, we knew that this weekend would not be like in Australia. With Kawasaki winning seven out of the last eight races, we were coming to Kawasaki territory! For us, it is not easy because the bike is new and every track we visit, we have everything to discover!”

With his sixth win, he surpasses the likes of Davide Tardozzi and Leon Haslam in the all-time win rankings. A seventh win will put him level with American, Ben Bostrom.

Commenting about the upcoming round, Bautista said: I will look forward to my home race, because I want to enjoy the World Superbike championship with all of my Spanish fans! For sure, now I think WorldSBK in Spain is more famous and I am so happy! I feel part of this championship in Spain growing up. I will try and do exactly the same at the Aragon Round!”

Bautista and Rea have set a new record for the number of 1-2 finishes where the riders have been the same. The previous record was Colin Edwards and Troy Bayliss back in 2002, from Silverstone Race 2 to Misano Race 2! The new record is six between Bautista and Rea, but will it continue to grow?

Find out whether Bautista will race to success at the Aragon Round with the WorldSBK VideoPass!