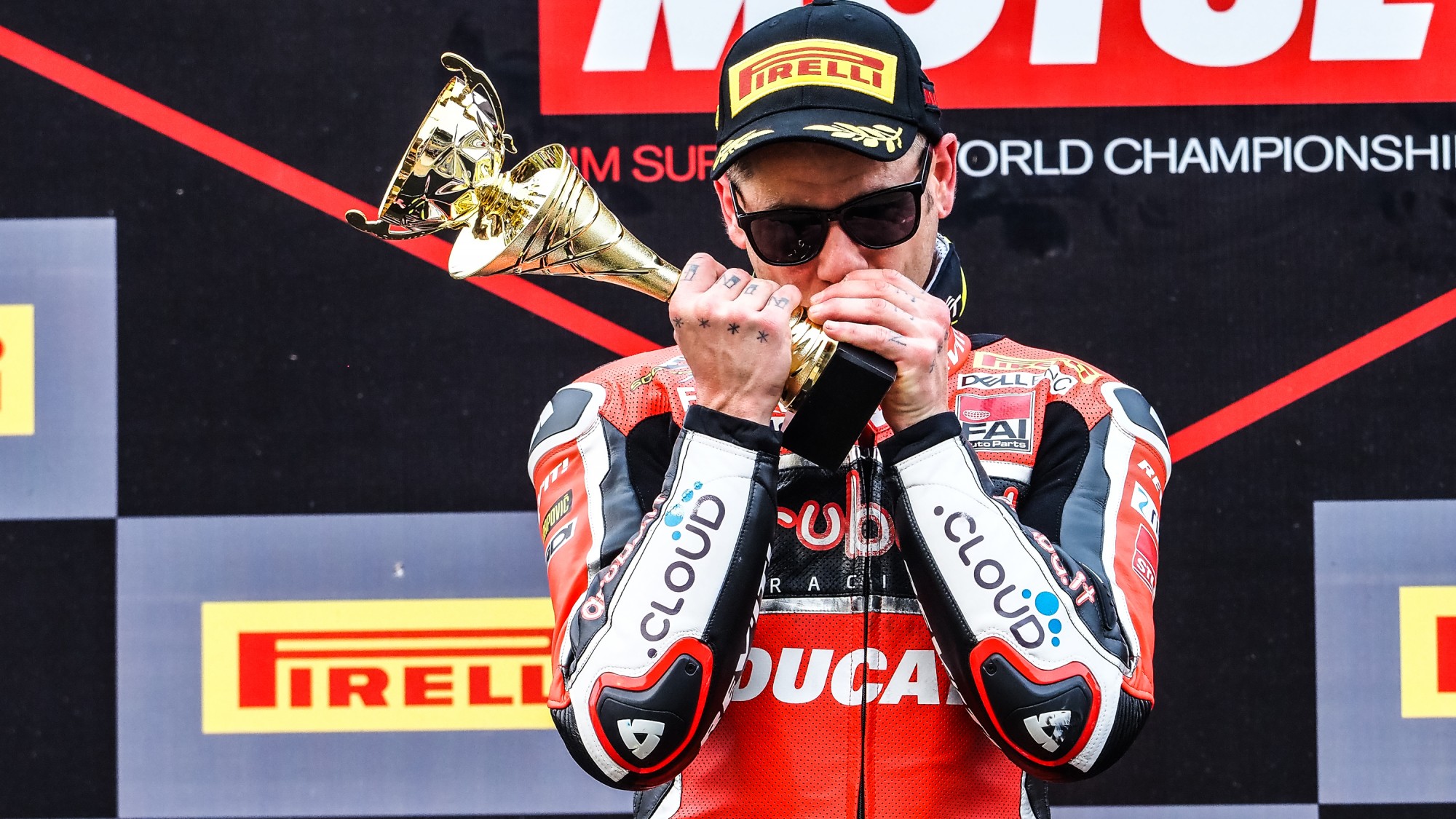 The opening race of the Pirelli Thai Round in the MOTUL FIM Superbike World Championship saw Jonathan Rea (Kawasaki Racing Team WorldSBK) and Alvaro Bautista (ARUBA.IT Racing – Ducati) clash on track early on, creating the rivalry everyone wanted to see unfold between the two heavyweight stars. Bautista was able to get the better of the reigning champion eventually, to take his fourth WorldSBK win.

On lap three, Jonathan Rea led by a narrow margin ahead of championship leader Bautista, who has topped every session so far in Thailand this year. At Turn 3, Bautista made his move, only for Rea to cut back underneath him, colliding with his rival. Bautista made a miraculous save and whilst Alex Lowes came through, Bautista shook his head in disgust at Rea’s aggressive pass.

Whilst Rea lead, towards the end of lap three, Bautista made a pass on Lowes at the final corner, only to run wide and Lowes to pass him back down the front straight. Soon enough though, on the fourth lap at Turn 1, Bautista made his way through on Lowes and then set off in his pursuit of the four-time champion.

Behind the leaders, the Pata Yamaha WorldSBK Team riders started to battle to form a battle for the final podium position. Van der Mark couldn’t make a move however and Lowes would maintain a strong pace right through the race. Behind them, Leon Haslam (Kawasaki Racing Team WorldSBK) was keeping a watching brief, whilst Marco Melandri (GRT Yamaha WorldSBK) began to reel in the battle for the podium.

With 12 laps to go, Bautista had regained the ground on Rea and set about trying to find a way ahead of the Kawasaki-mounted rider. On the run to the Turn 3, Bautista got ahead and this time, he was able to make the move stick and Jonathan Rea couldn’t fight back straight away. The two continued to romp away from the rest of the pack and whilst Rea didn’t lose too much time on Bautista initially, lap after lap, Bautista’s metronomic pace soon saw him break clear. That is how it would stay until the end of the race.

With the third place battle seemingly a stalemate between the Pata Yamaha WorldSBK Team riders, Leon Haslam was starting to feel the pressure of Marco Melandri. Melandri made his way ahead on lap 11, but the battle was far from over. With just five laps to go, a rough lap from Melandri allowed Haslam to close up and make a move at the final corner. Haslam ran wide and the wily Italian cut back under him, clashing on the start and finish straight. Yet another Kawasaki in a collision, but this time, eventually, Haslam would win the fight.

At the line, Bautista took the win by 8.2s ahead of Rea, whilst Lowes held on ahead of Michael van der Mark by 0.4s to take his third Buriram podium. In fifth position, Leon Haslam clinched the place over Melandri, whilst Sandro Cortese took seventh after a late battle with Michael Ruben Rinaldi (BARNI Racing Team). Sykes was ninth after being pushed back due to his top speed deficit, with Toprak Razgatlioglu (Turkish Puccetti Racing) coming from 13th to 10th.

With battle between the Spaniard and the Ulsterman, Alvaro Bautista’s win makes him the first Ducati rider since Neil Hodgson in 2003 to win the opening four races of a WorldSBK season. He gives Ducati their 345th win in the World Superbike class, as well as their 587th WorldSBK podium. He also becomes the first non-British rider to win at the Chang International Circuit.

You can see if Alvaro Bautista can carry on his winning streak with the WorldSBK VideoPass! 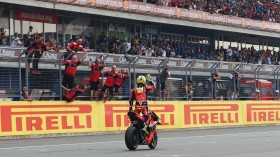 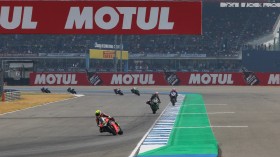 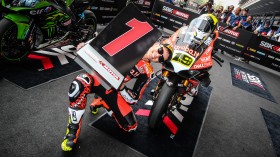