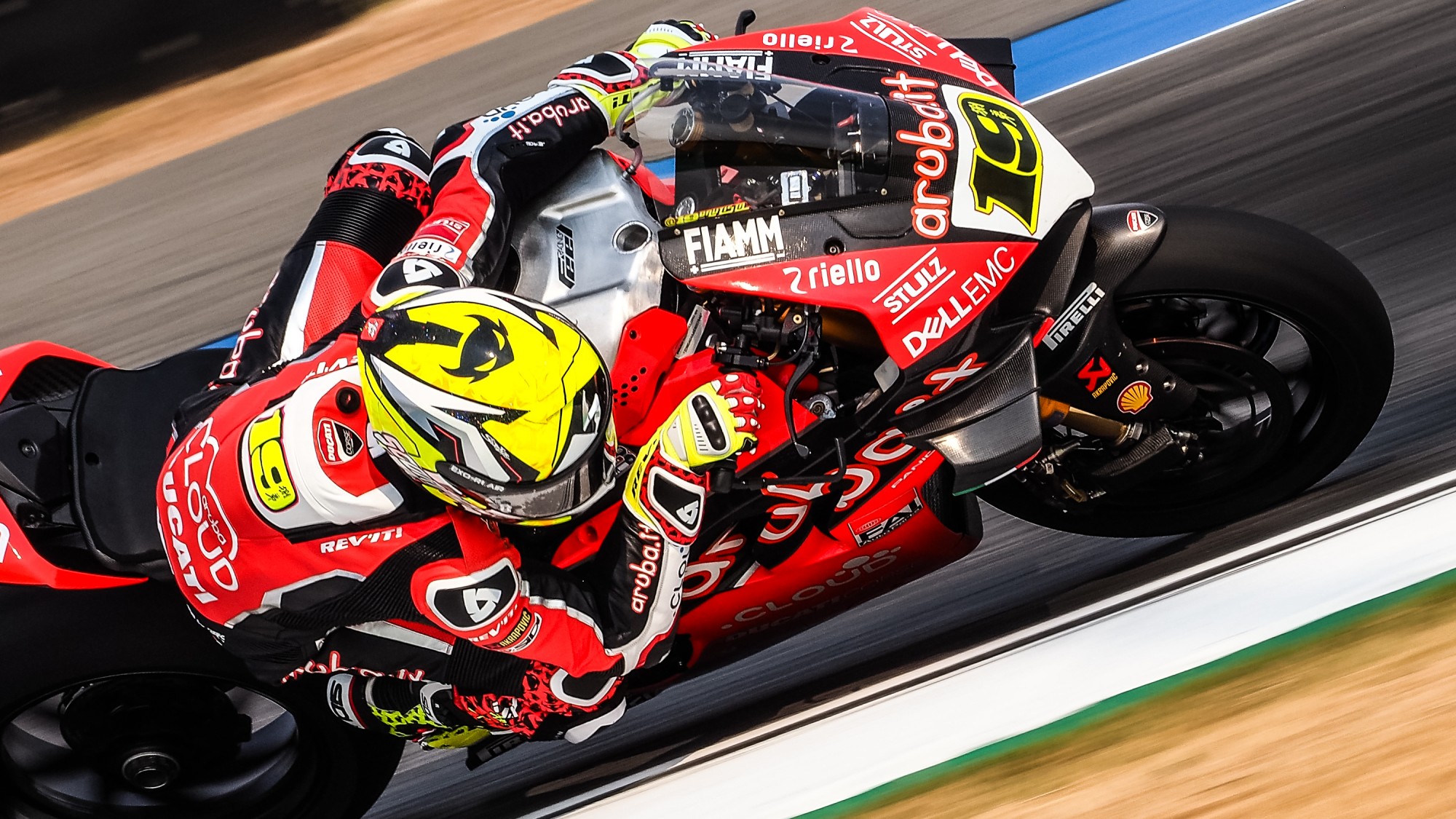 Championship leader leads way over Rea in Buriram Day One

Álvaro Bautista (Aruba.it Racing – Ducati) left Friday Free Practice at the Chang International Circuit in a position that he is getting quite comfortable with: on top of the timesheets and fending off attacks from Jonathan Rea (Kawasaki Racing Team WorldSBK) and the Yamahas. But although the gap between the top two riders has actually increased compared to FP2 at the island three weeks ago, the feeling is that both riders are more evenly matched at the Pirelli Thai Round, setting up a fascinating weekend ahead.

The layout of the Buriram track may be helping. The sheer power of the Ducati V4 R, combined with two lengthy straights that make up best part of the first half-lap in Buriram, pushed Bautista to an advantage of a quarter of a second over Rea in the first split alone. Yet the timesheets reveal a tale of two parts, where the Kawasaki is able to scrape back at least a third of that gap in the fourth and final sector.

This could help Bautista hit the lead early on in Thailand – but can he go the full distance in the heat? “We have strong points and they have stronger points than us. As I said throughout the winter, we need to improve the turning of the bike. Especially in this kind of track, where you have a lot of long corners where you close a lot, you need a bike that turns better”.

“This afternoon I improved a bit in sectors 3 and 4 but not enough. I feel like we can work more with the bike to improve the problems we have”, he adds.

Bautista claims that he is still trying to find his feet around Buriram: “It changes a bit from the MotoGP™ bike, so I need some laps to adapt my style and catch a good reference. I was just working with the bike, no big changes, just the set-up for this kind of track. Then in the afternoon we tried different tyres, especially on the rear, to see the new compound that Pirelli brought here. There were positive and negative points, we’ve still got to decide for tomorrow and Sunday.”

Will the Ducati dominate again this weekend? Follow all the action from qualifying and all three races LIVE thanks to WorldSBK VideoPass.