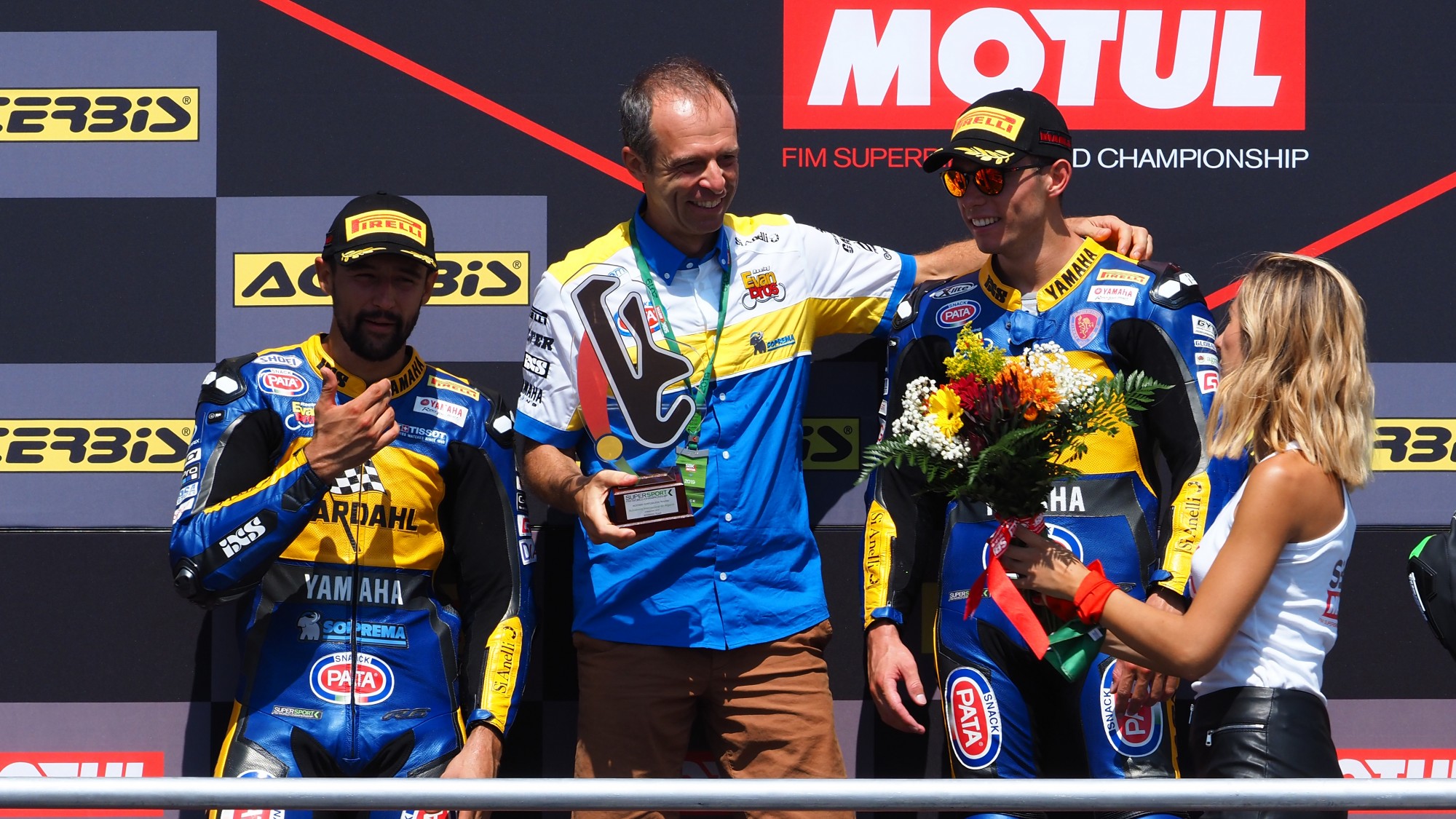 Following a dominant season, the Italian based squad seal their incredible year with the Teams World Title in Portugal

The BARDAHL Evan Bros. WorldSSP Team has been able to secure the 2019 FIM Supersport World Championship Teams World Title following another epic race weekend at Autodromo Internacional do Algarve in Portimao. Armed with the strong line-up of Swiss rider Randy Krummenacher and Italian rising star Federico Caricasulo for 2019, the Italian based squad have gone through an incredible year and a season that will long be remembered.

From the first round in Australia till the last held in Portugal, the BARDAHL Evan Bros. WordSSP Team have always made it to the podium as both riders were able to occupy one of the three steps of the rostrum almost in every race. The only exception has been the UK round, where only Caricasulo had the chance to taste the Prosecco, while teammate Krummenacher had to settle for fourth. The Swiss rider went close to delivering another double podium to his team, but as the number of laps remaining continued to decrease, time wasn’t enough for him to complete his outstanding comeback from 11th on the grid with another podium finish.

The UK Round has also been the only round where the Italian team didn’t place both riders on the front row of the grid. While Caricasulo understood that the weather was going to change soon and went for his quick lap in the first minutes of the Tissot Superpole, Krummenacher didn’t have the same intuition and got trapped by the rain, and therefore he saw himself relegated in 11th position.

Taking home four victories and four seconds for the BARDAHL Evan Bros. WorldSSP Team, Krummenacher has led the championship since the beginning of the season, but the job is still long to be done and dusted as the fight will be probably be taken to the wire. With teammate Caricasulo keeping his consistency every race securing three victories, three seconds and three thirds, he sits now second in the standings just 10 points behind the Swiss. The fight for the big prize is more than open but, no matter how things will go, it will be an all-BARDAHL Evan Bros. WorldSSP Team battle between their two riders, another impressive result for the team hailing from Ravenna.

The Italian based squad has a long history in the motorcycle environment, but since joining the international scene, they made a quick progression to the top. The team made the debut in the WorldSBK paddock in 2013 with two wild card appearances in Imola and Jerez. 2014 and 2015 saw them contesting full-time the European STK600 Cup with the same Caricasulo and with him, they stepped up to WorldSSP in 2016. The Italian squad continued together with “Carica” for two years, before welcoming Krummenacher in 2018 and switching manufacturer from Honda to Yamaha.

2018 was just the beginning for them. The Swiss rider with six podiums, and one victory finished fourth overall in the standings, and with the return of Caricasulo this year the team continued to secure successes after successes, to ultimately clinch the Teams championship crown this weekend.

Relive the astonishing season of the BARDAHL Evan Bros. WorldSSP Team and keep following Randy Krummenacher and Federico Caricasulo in the 2019 WorldSSP World Championship with the WorldSBK VideoPass