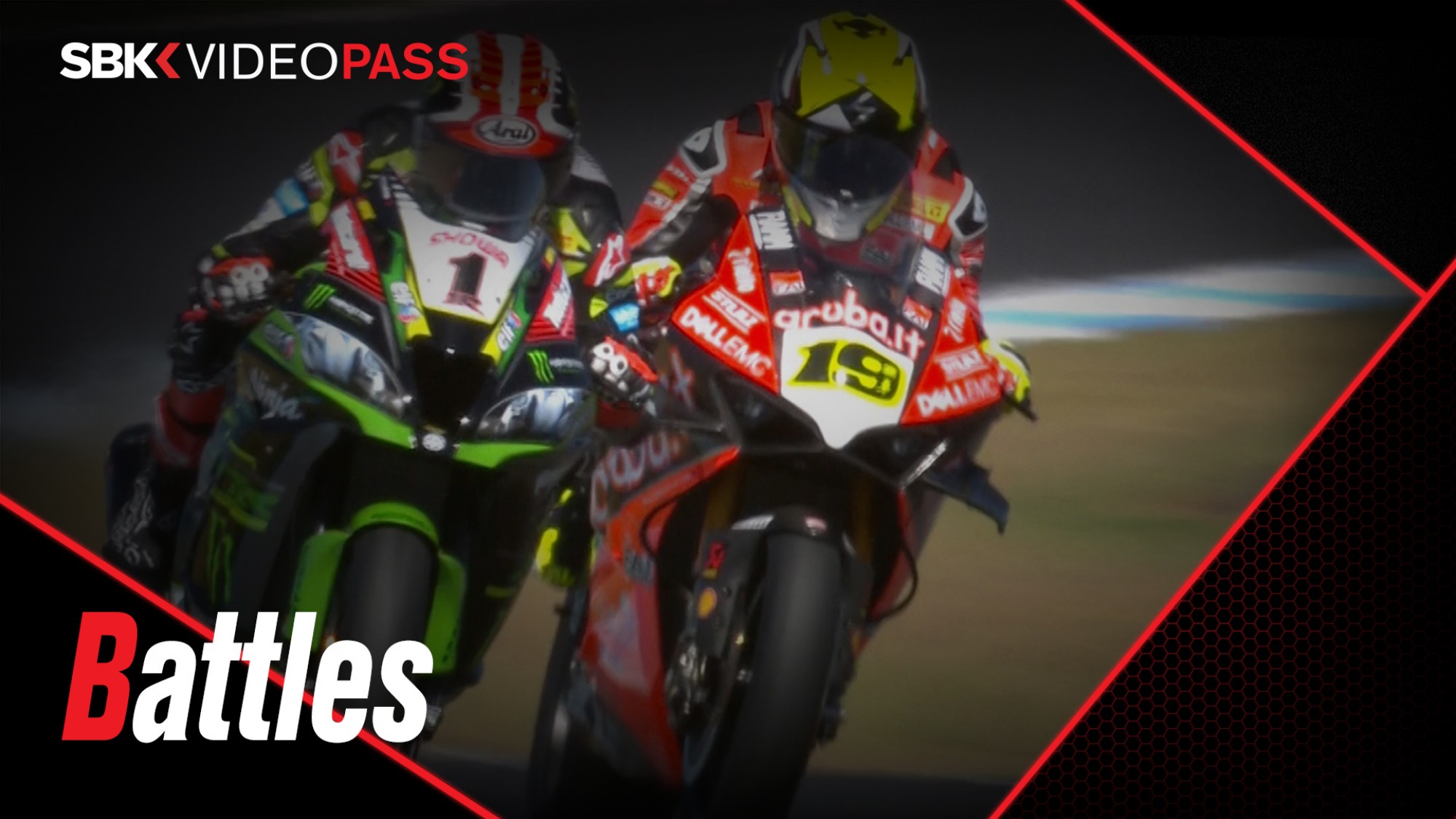 Rubber to rubber, legs dangling, elbows out – the essence of WorldSBK

As the old adage goes, rubbing is racing. Two riders flying around a track, inches apart, switching back and forth from hunter to hunted. Sometimes it’s a no-holds-barred dogfight, sometimes it’s more akin to a game of chess, but there’s no doubt that it’s always absolutely enthralling.

There has been no shortage of captivating battles this year in the MOTUL FIM Superbike World Championship: from Álvaro Bautista (Aruba.it Racing – Ducati) and Jonathan Rea’s (Kawasaki Racing Team WorldSBK) first encounter in the Phillip Island Tissot Superpole Race, to the latter’s last-lap contest with Michael van der Mark (Pata Yamaha WorldSBK Team) in Assen, going through the three multi-rider melees we savoured at MotorLand Aragon.

But enough about what we’ve seen so far in 2019: let’s focus on the battlegrounds that lie ahead: Misano, Donington Park, Laguna Seca, Portimao, Magny-Cours, San Juan and Losail. Seven circuits, a near-endless list of memories, with more set to be created very soon.

The possibilities – and dare we say probabilities – are huge. Where will we see the next dogfight between the two championship frontrunners? Will the UK Round close up the pack and grant us a new race winner again? What about the fast and furious Californian circuit – will anyone be bold enough to attempt a move at the Corkscrew? And how will San Juan and Losail’s extraordinary slipstream opportunities affect the final throes of the title race?

It’s not just in WorldSBK either. The WorldSSP and WorldSSP300 machines may be slower than their bigger brothers, but all that does is make the action tighter, the margins smaller, and the racing even more unpredictable. With half the season gone, every rider will be pushing that little bit extra as we approach the final races; some fighting for a title, some for a race win, and others just for that joy of putting in the perfect pass.

Riders chasing other riders, fighting their own machines, occasionally feuding with the track itself – battles are the meat and bones of bike racing itself. So, take a deep breath, because with six venues down, seven to go, the fighting is about to get even fiercer.

What happens when you take every single Race (live and OnDemand), interview, special feature, classic event and much more, and stick it into one single, easy to access package at a cut-price? You get WorldSBK VideoPass, now with 50% off! Don’t miss out – sign up now and get all the content, at half the cost!

W for win: Who will be crowned 2019 World Champion?

L for Luck – Fortune favours the brave in WorldSBK!

S for Speed: It is fast and furious in WorldSBK!