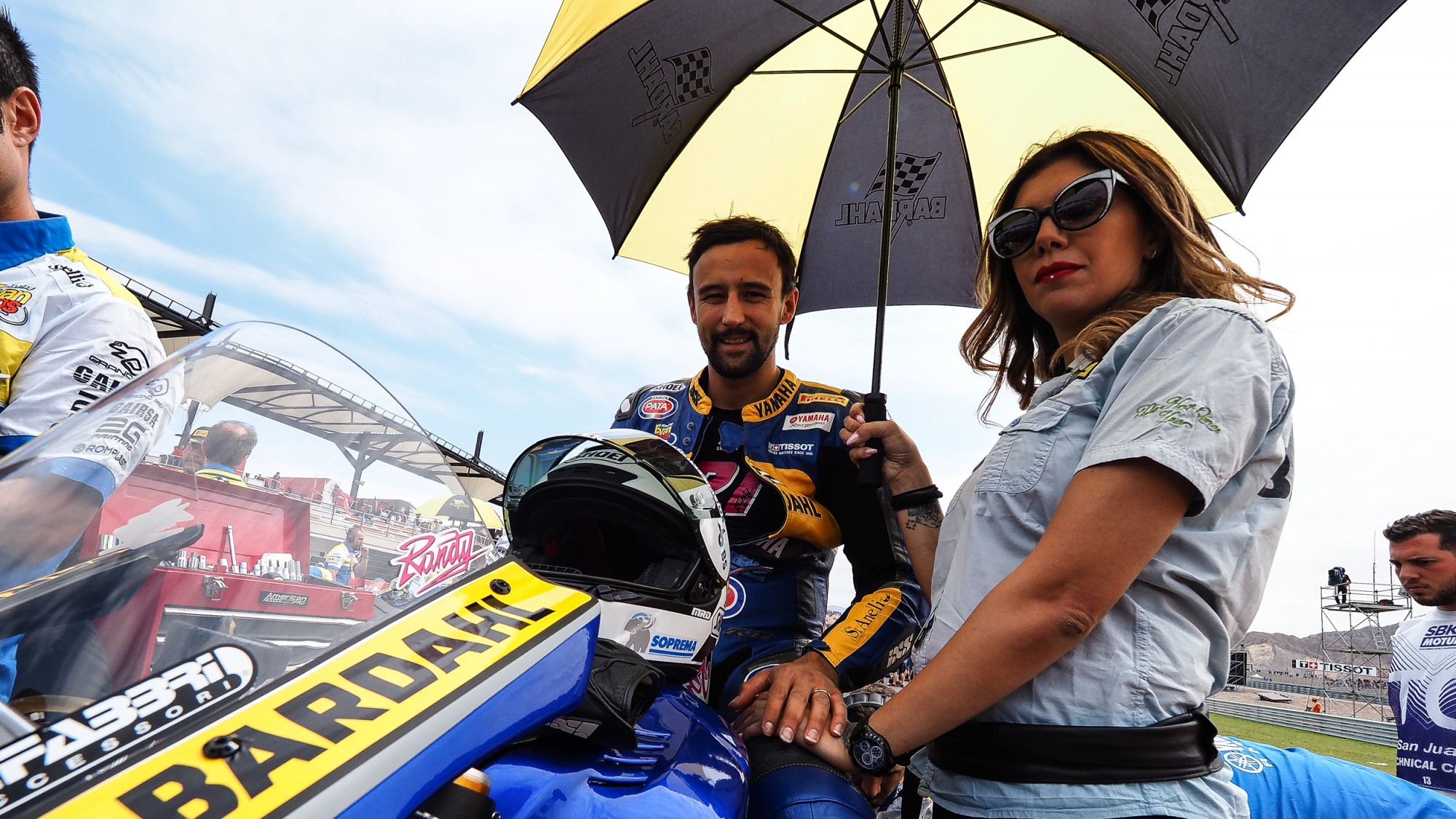 The Swiss rider gave a brief but intriguing reason for his worst results of the season in Argentina, which led to his Championship lead being cut!

After his worst result of the 2019 season, World Supersport Championship leader Randy Krummenacher (BARDAHL Evan Bros. WorldSSP Team) was angry after the duel in San Juan, Argentina. Clashing twice with riders on track – the major one being his teammate Federico Caricasulo – and not having the pace for the leading positions, Krummenacher found himself seventh whilst title rival Caricasulo was fifth and unlikely candidate for Champion Jules Cluzel (GMT94 YAMAHA) won.

Krummenacher struggled to make it through the field, citing straight line speed as the key factor for his problems. Nonetheless, Krummenacher was up to third when pole-sitter Corentin Perolari (GMT94 YAMAHA) bundled up the inside of him at Turn 1, sending both wide. At Turn 7 with two laps to go, Federico Caricasulo came from a long way back and rammed Krummenacher, pushing the Swiss rider back to seventh.

Speaking in a fraught manner after the race, Krummenacher said: “It was a very hard race; what happened with Federico is racing and if I had this possibility, I would do the same. I had another racing incident with Perolari, so yeah, I lost a bit of time. But I raced without making any mistake and I was pushing 100%. The bike set-up was perfect, like when I’ve had my wins this season.”

Krummenacher has had his lead clashed to just eight points going into the final round of the season, with the World Supersport title battle now featuring three riders. Jules Cluzel’s victory in Argentina combined with Krummenacher’s seventh means that the GMT94 YAMAHA rider still has a mathematical chance of success.

“It is just very disappointing that our engine doesn’t go fast. We struggled so much in this race, we couldn’t take any slipstream and that is not normal. Federico’s engine was a big step faster than ours, and it is not nice to see that. I hope in Qatar that we can get it done in a better way and I will fight as always.”

The top speed charts show that Krummenacher was indeed down on top speed in comparison to his teammate Caricasulo, nearly 5km/h. However, his top speed was higher than the best top speeds for Corentin Perolari and race winner, Jules Cluzel. However, this data is taken from a rider’s best top speed and is not an overall average. So, whilst he may have been quicker on one lap, he may not have been quicker across the entire race. Krummenacher didn’t hold back his frustration when speaking to Eurosport UK, citing that the team deliberately gave him a bad engine so that Caricasulo can become Champion.

"I'm always very honest and don't care about the consequences..."

“I need to calm down now and get ready for Qatar. I don’t feel more pressure, I have already been dealing with pressure for the whole season. That is not the point. I am just staying focussed and concentrated for the win.”

Krummenacher’s best result in Losail has been fifth, having never achieved a podium in either the WorldSBK paddock or the MotoGP™ one. Federico Caricasulo on the other hand was fourth in 2017 and third last season, whilst Jules Cluzel has been third twice and second once.

Watch the finale of World Supersport in 2019 sparkle under the floodlights for less than 10€, with the WorldSBK VideoPass!