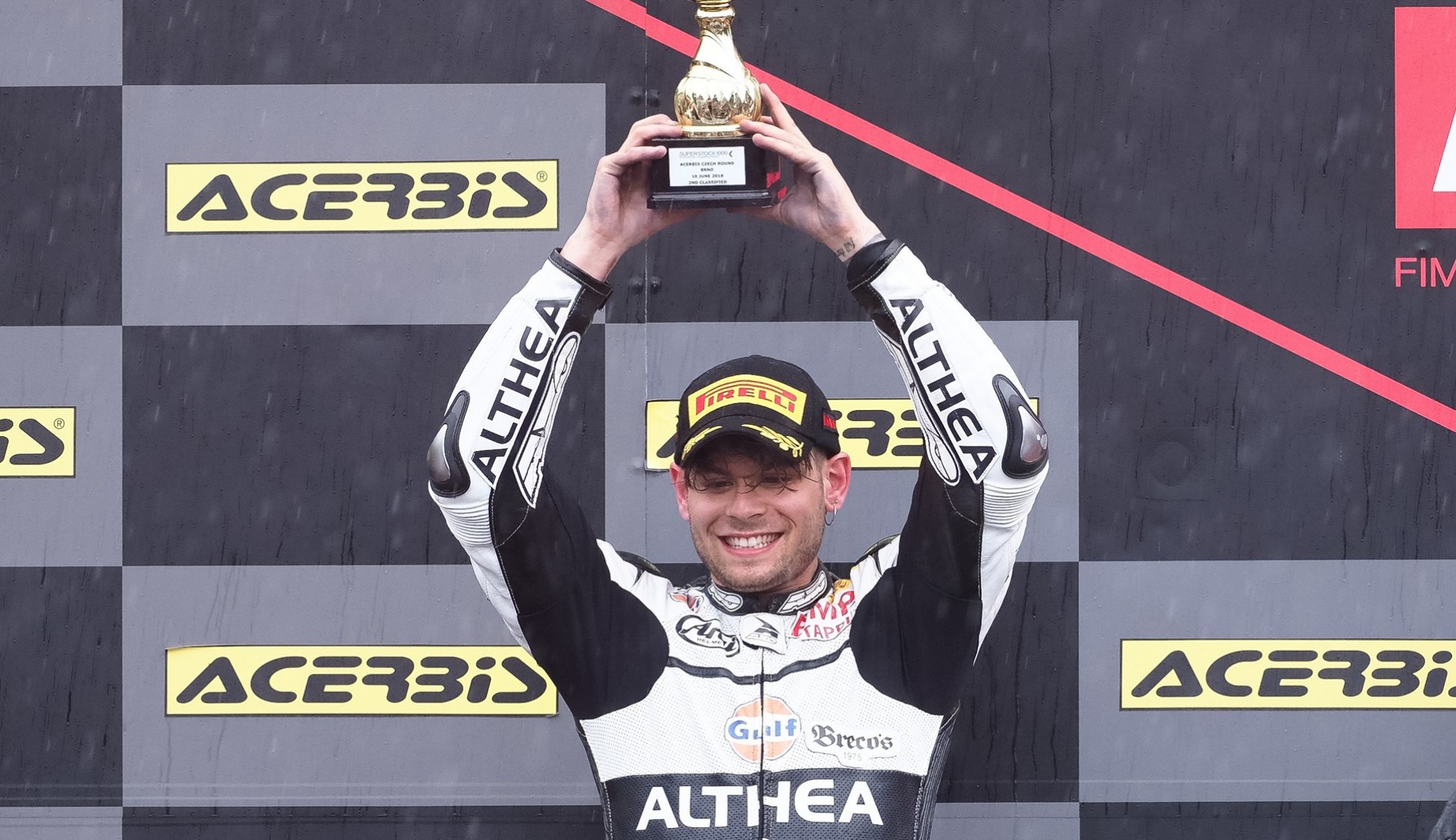 Another exciting young talent has been added to the MOTUL FIM Superbike World Championship grid for 2019. Alessandro Delbianco will jump onboard a Honda CBR1000RR SP2 for the Althea MIE Racing Team, making his debut in the championship at the age of 21.

The Italian rider comes fresh into World Superbike from a first season in the European Superstock 1000 Championship. Delbianco raced in the series for GULF Althea BMW Racing Team and was a regular top-ten finisher, even managing a brilliant second-place finish in rainy conditions at Brno. The youngster finished seventh in the standings despite having missed one race through injury.

Delbianco’s is the third Fireblade announced for the 2019 championship, after the stunning news earlier this month that Leon Camier and Ryuichi Kiyonari will team up as part of a Honda Racing Corporation-backed team. The Italian will also benefit from this Althea-Moriwaki partnership, although he’ll race in the colours of the Althea MIE Racing Team as a separate team.

The Italian is thrilled to join the championship: "Being able to take part in the 2019 World Superbike Championship and to challenge with the greatest exponents of this category is my childhood dream come true. Of course, it doesn’t mean for me to reach a finish line but rather a starting point. I'm really happy to continue my journey with Genesio and the Althea Racing Team. I also wish to thank Moriwaki who will make available to me the fantastic HONDA CBR 1000 RR SP2 bikes with which I will fight at my best. I can’t wait to start!".

Althea Racing’s team manager, Genesio Bevilacqua, adds: "I am enormously happy to have reached another goal in my personal and Team journey in the exciting Superbike world. Delbianco embodies the essence of my ambition and that of the Team to bring young talented Italian riders to the World Superbike Championship finish line. Alessandro is young and will have to learn a lot but for sure he is full of passion and ability to surprise us all. I also thank Midori Moriwaki for the collaboration in this ambitious project as well as all the Team’s technicians and engineers who are working hard to give us performing bikes that will allow Alessandro to express himself at his best”.

Relive Delbianco’s best moments in STK1000 and keep updated on all the news for the 2019 WorldSBK championship thanks to WorldSBK VideoPass.