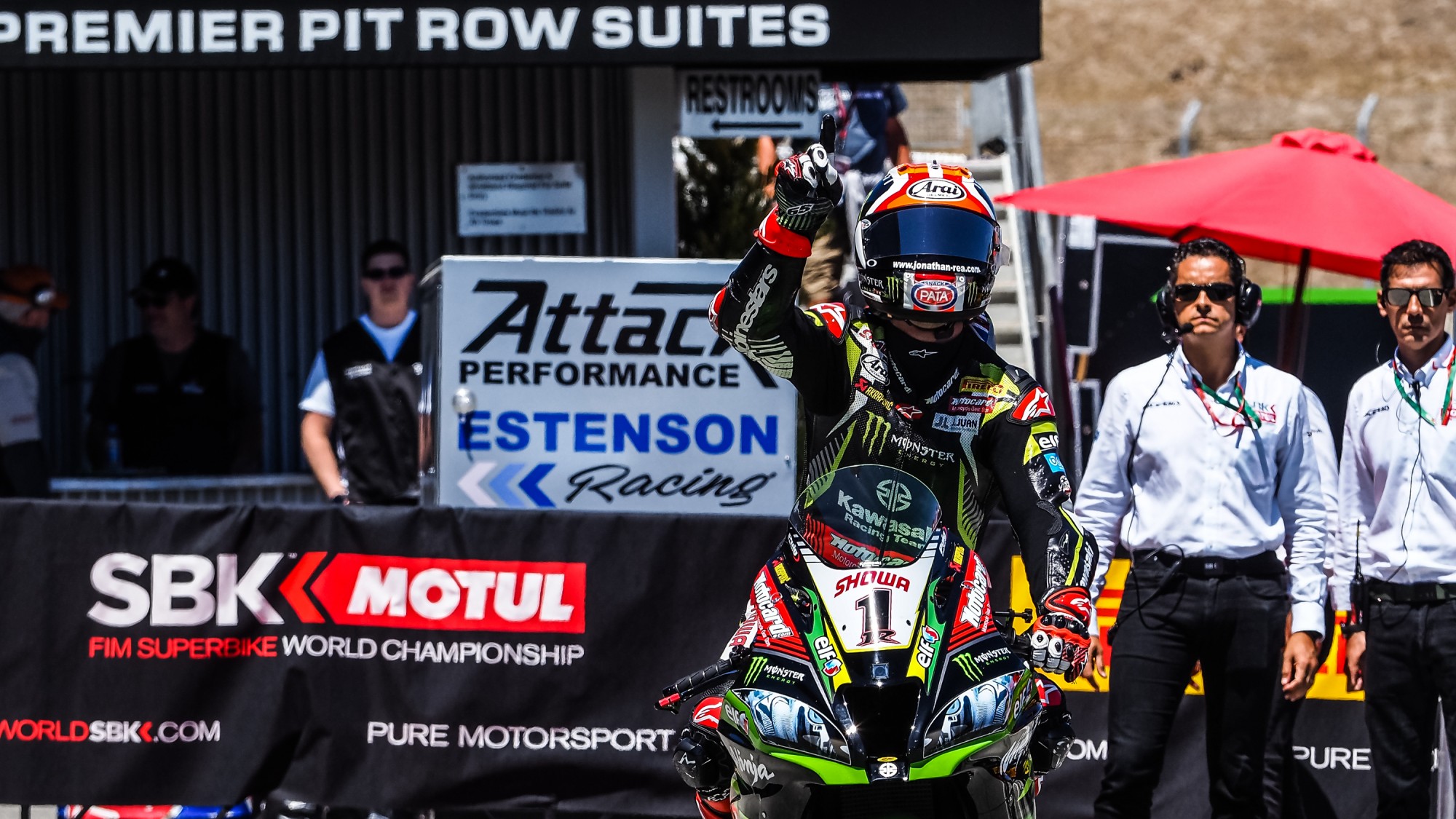 @jonathanrea takes his 5th consecutive VICTORY of the season and increases his lead in the championship to 49 points! #USAWorldSBK pic.twitter.com/yLA0N1lPH7

Off the line, it was a strong start from Rea, and the reigning four-time WorldSBK Champion held the advantage from Bautista and Davies. Toprak Razgatlioglu (Turkish Puccetti Racing) made a blistering start and was fourth by Turn 5, whilst Tom Sykes (BMW Motorrad WorldSBK Team), despite an initially good start, was back in fifth. Jordi Torres (Team Pedercini Racing) held his own off the line. Into the penultimate corner on the opening lap, Davies got ahead of Bautista and went in pursuit of Jonathan Rea.

New lap records came thick and fast, with Davies initially setting it on Lap 2 before his teammate bettered on Lap 3, becoming the first rider to set a 1.22s lap in race trim. One lap later and it was a disaster for Leon Haslam (Kawasaki Racing Team WorldSBK), as the British rider hit the deck at the Corkscrew.

At the beginning of Lap 5, Davies challenged Rea and through Turns 1 and 2, the Welshman took the lead but ran wide, with Rea slicing back through and sitting the Ducati rider up. Alvaro Bautista was right in the mix and beginning to get into the swing of things but then, a disaster. Bautista crashed once again in the early stages of the race on a full tank of fuel. The Spaniard tucked the front at Turn 5 and his Ducati Panigale V4 R was in the gravel once again.

With Bautista re-joining but out of the leading group, Jonathan Rea edged clear of Chaz Davies, with the top two stabilising until the end of the race, with Rea taking his race lead up to five seconds. Toprak Razgatlioglu was up in third place and despite a mid-race charge from Sykes, he held on to complete the top three.

Further back, Marco Melandri (GRT Yamaha WorldSBK) recovered from his worst Tissot Superpole in 17th to get to ninth. Eugene Laverty (Team Goeleven) was enjoying a good battle with Leandro Mercado (Orelac Racing VerdNatura) over 11th. The battle for 13th went the way of Alessandro Delbianco (Althea Mie Racing Team), who pushed ahead of Sandro Cortese (GRT Yamaha WorldSBK).

Back at the front, it was an eighth win of 2019 for Jonathan Rea, who romped home ahead of Davies and Razgatlioglu. Tom Sykes was fourth ahead of Alex Lowes, whilst Jordi Torres took his best result of the season in sixth, with two Independent riders inside the top six. Van der Mark and Baz were next up in seventh and eighth, whilst Marco Melandri and Michael Ruben Rinaldi (BARNI Racing Team) completed the top ten.

The championship advantage now increases for Rea, with a 49-point lead over rival Alvaro Bautista.

Find out what more will happen throughout the Geico U.S. Round? Find out with the WorldSBK VideoPass! 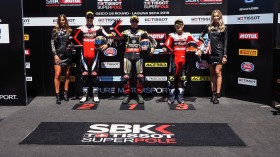