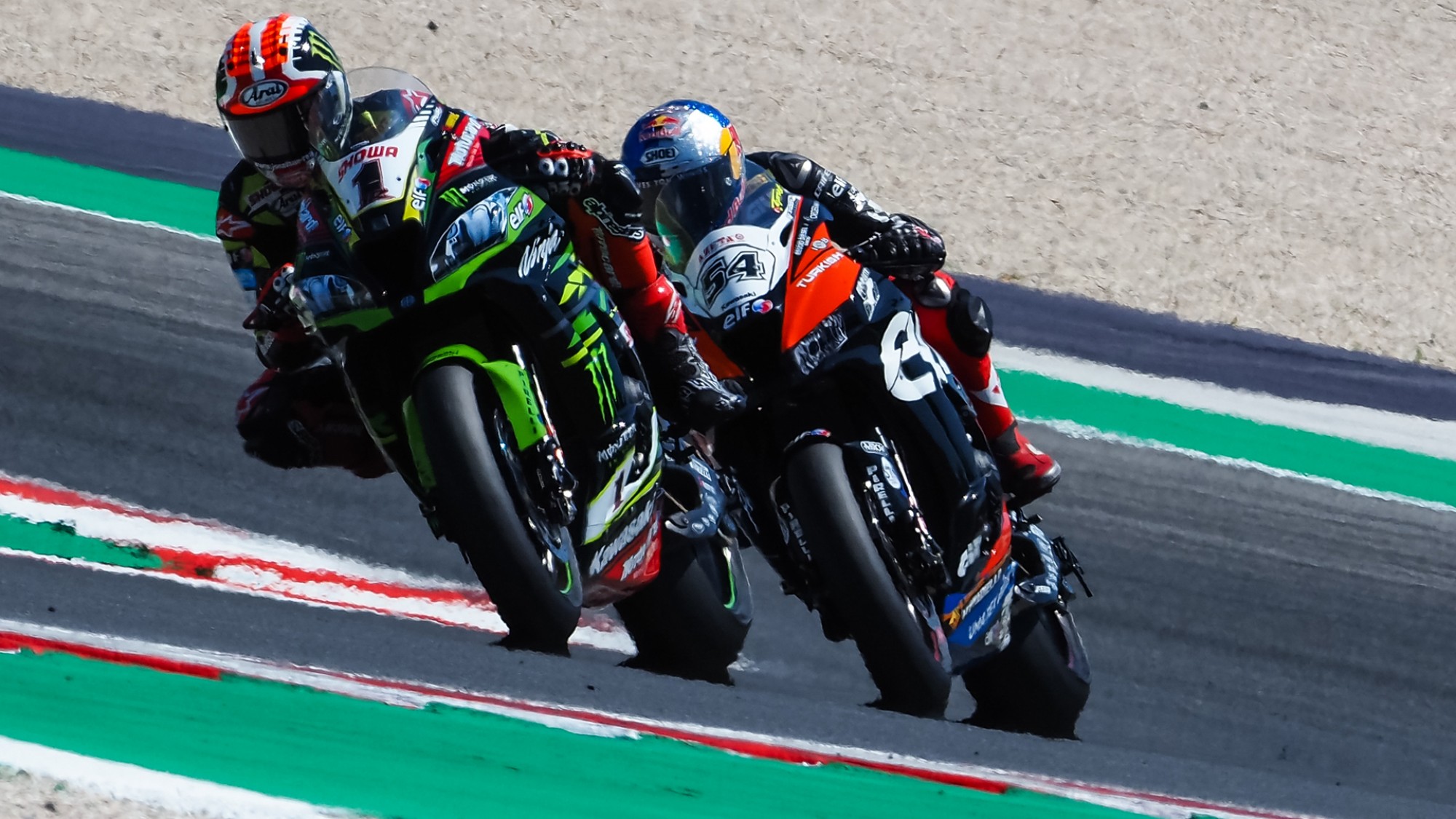 Toprak Razgatlioglu gives it his all against Jonathan Rea as both riders put on a stunning show in Race 2 at Misano!

After the drama of Alvaro Bautista (ARUBA.IT Racing – Ducati) crashing out of the lead in the opening laps of Race 2 at Misano, the race for success at the seaside Italian circuit suddenly burst into life. Toprak Razgatlioglu (Turkish Puccetti Racing) made his way into the lead and initially pulled away, before Jonathan Rea (Kawasaki Racing Team WorldSBK) gritted his teeth and hunted down the 22-year-old. With four laps to go, Rea hit the front but Razgatlioglu was still in the mix. Going on the final lap, the roars of the crowd cheers Toprak on, as he and Rea endured a final lap showdown.

Watch the rest of the unforgettable 2019 season with the must-have WorldSBK VideoPass!