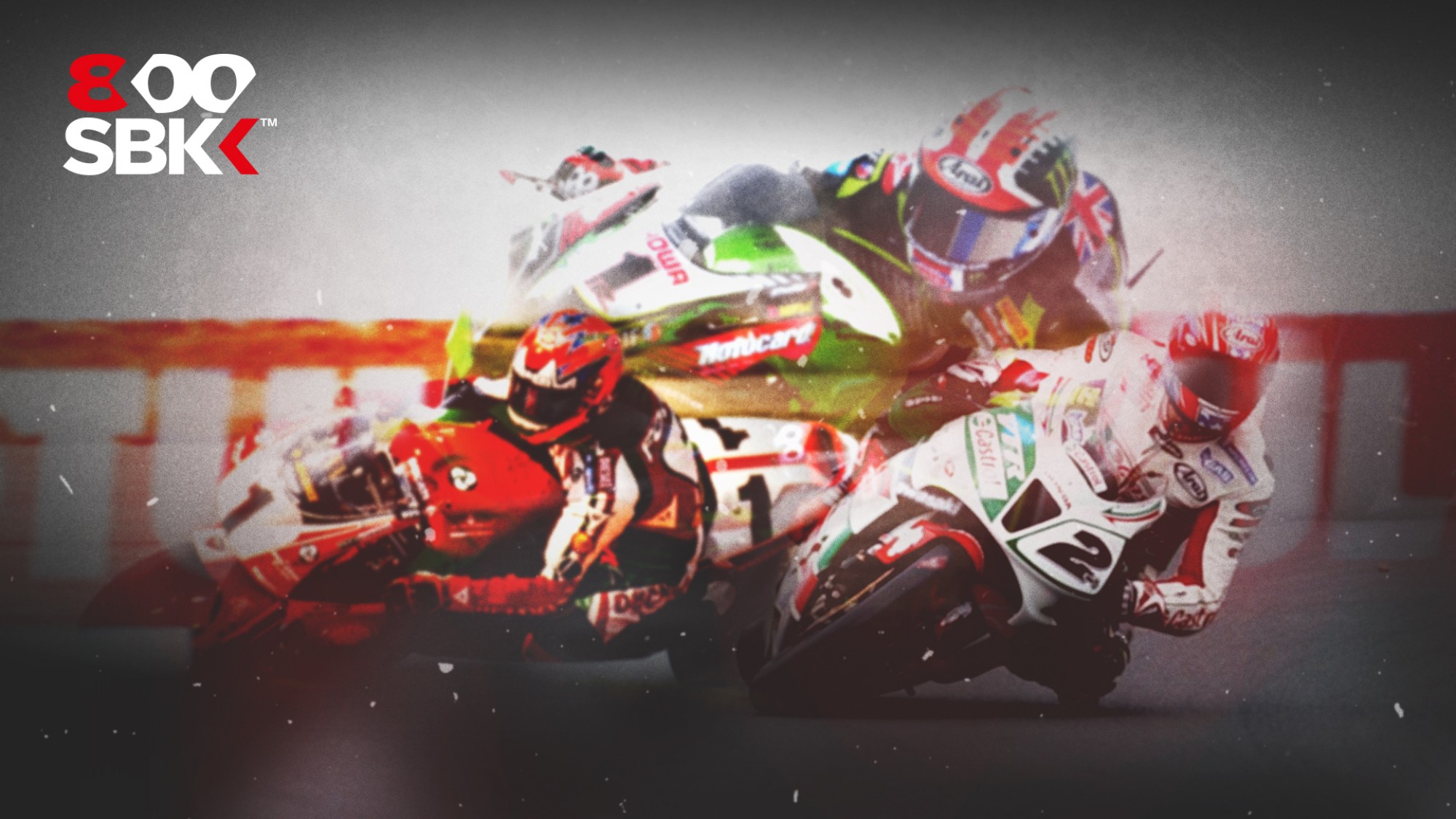 From humble beginnings to becoming an iconic championship, WorldSBK hits a big number in France as Race 800 beckons!

It is a historic race weekend at the Pirelli French Round in the 2019 MOTUL FIM Superbike World Championship, as Race 1 will mean the 800th race in the championship’s existence. Having visited some 49 different circuits in 26 countries, spanning six continents and producing 75 different winners, WorldSBK continues to expand and bring the fiercest production-based motorcycle racing. As race number 800 approaches, it is only right to look back at the rich history of a championship that has provided symbolic sporting moments the world over.

Back on the 3rd April 1988, a new, alternative motorcycle racing championship was born and took to the famous Donington Park circuit. The FIM Superbike World Championship kicked-off on a cold Sunday in the East Midlands in the UK, not knowing that soon, it would become a cultural icon for British sporting success in the decade that followed; a legacy and pattern still current to this moment. Davide Tardozzi took the first ever win of the championship and went on to win the round – the first and only time in WorldSBK’s decorated history that races were combined to determine an overall round winner.

Plenty of landmarks have come since however and the championship has gone from strength to strength, discovering new destinations and broadening accessibility across the globe. During the 100th race in 1992, Rob Phillis took his last ever race win at Jarama whilst 100 races later, John Kocinski won at home at Laguna Seca in an epic duel between himself and Troy Corser in 1996. Half way to the current number of races, at 400, Chris Vermeulen took his first WorldSBK race win in front of a packed crowd at Silverstone, having missed out by just 0.150s in Race 1.

And since that moment, WorldSBK has continued to provide extremely memorable moments for some of motorcycle racing’s biggest names, from Troy Corser’s second title in 2005, James Toseland’s first career double at a festival-like Brands Hatch in 2007 and Troy Bayliss’ final championship victory in 2008. Millions of fans and endless memories; WorldSBK has been a part of great sporting stories.

And even after the giants of WorldSBK left, youngblood soon took over and made their own history. From the closest finish a WorldSBK race has ever had in 2010 between Leon Haslam and Michel Fabrizio at Phillip Island, to extraordinarily close championship finishes: Max Biaggi pipping Tom Sykes to the 2012 title by just half-a-point. Sensational comebacks, rampant rookies and determined underdogs have made the World Superbike paddock witness thrilling finishes and have created stories of their own – something that, in 2019, all three have contributed to.

So, as the 800th race beckons, World Superbike will only continue to be at the forefront of truly great motorcycle racing, whether that is witnessing sensational solo performances or edge-of-your-seat, nail-biting final lap action. History beckons in 2019, with Jonathan Rea (Kawasaki Racing Team WorldSBK) gunning for a fifth consecutive world title – something that has never been done before – up against rookie Alvaro Bautista, who won his first eleven races in the class.

The future continues to look even brighter for the championship, as an official HRC team comes back into the paddock, featuring Alvaro Bautista in 2020 – whilst former MotoGP™ podium finisher Scott Redding will arrive as a rookie, in a bid to challenge Jonathan Rea at the top of the WorldSBK standings. Add to that the numerous rider switches and team expansions, the championship will sparkle even more at some of the most prestigious venues.

Enjoy more WorldSBK moments as they happen in 2019 and beyond with the WorldSBK VideoPass!