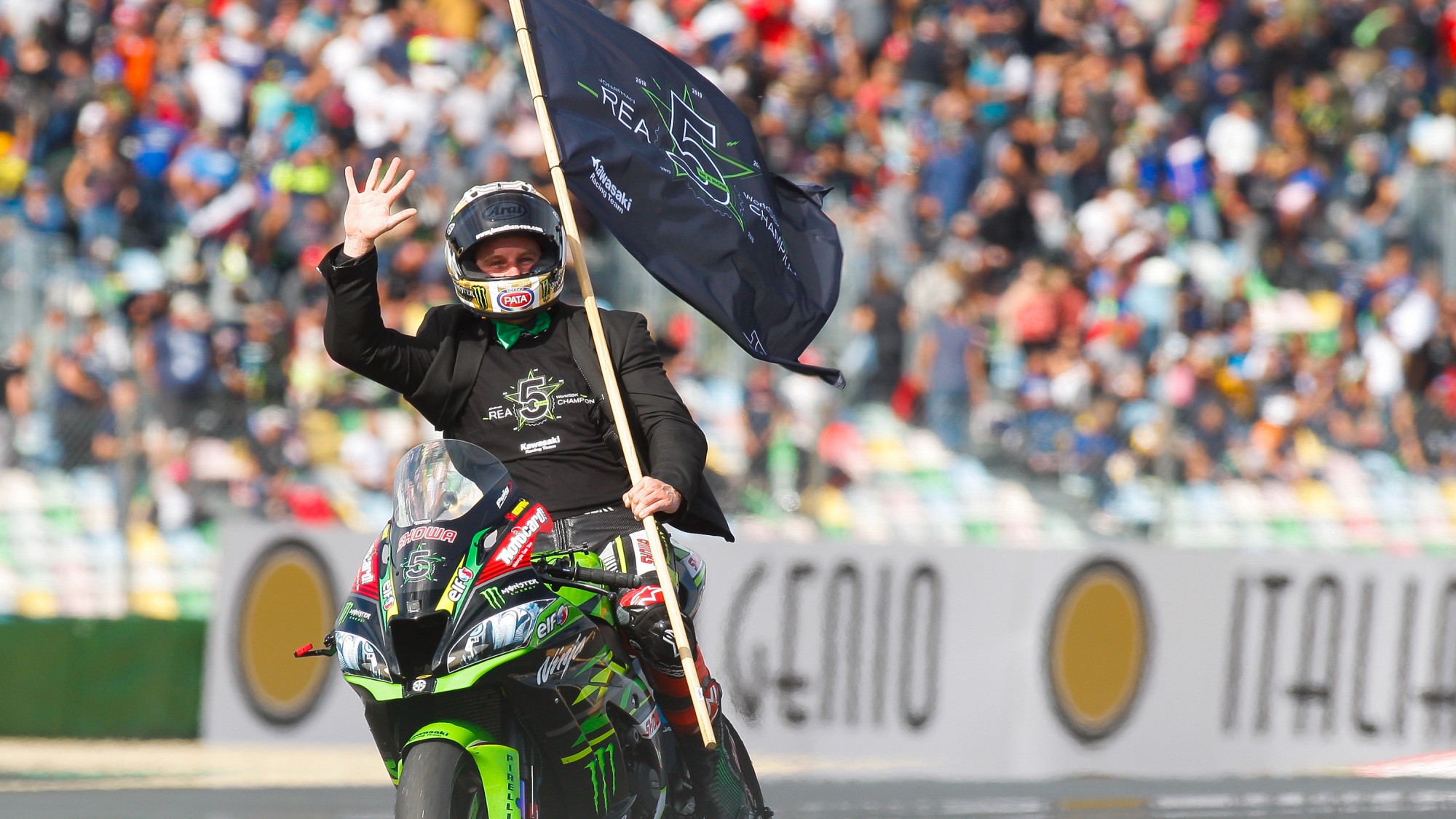 Becoming the first rider in the history of WorldSBK to win five titles and making them successive, each season has had its own story for Jonathan Rea.

Record-shattering, history-making and breath-taking: Jonathan Rea (Kawasaki Racing Team WorldSBK) has become the first rider in World Superbike history to achieve five World Championships, even managing to achieve them successively. The Northern Irishman has done his nation proud, so look back on five key moments from five impressive titles; Jonathan Rea’s highlights in an admirable spell of SBK® action.

As the 2015 WorldSBK season continued to rumble on, the opposition were reeling Rea back in on a more regular basis, and Chaz Davies in particular was gaining momentum. Trying to master a disappearing act in the heat and humidity of Malaysia at Sepang was never going to work for Tom Sykes, and sure enough, Davies and Rea caught and passed their fellow countryman with four laps to go. But Rea wasn’t done and chased down Davies and got the Welshman on the final lap. Pulling out a good gap, Rea looked like he had it all done, but never, ever say ‘never’. A mistake into the final corner allowed Davies to slice up the inside but Rea himself wasn’t done with yet. Squaring the corner off and getting the run to the line, Rea powered to the win with the Malaysian fans cheering.

2016: Bouncing back twice as strong in Germany

The first German round for three years proved to be quite a dramatic one for World Superbike, as Jonathan Rea’s championship aspirations took a big dent. Having retired from Race 2 at the previous event at Laguna Seca, Rea’s form failed to pick up in Germany as a rare, mechanical issue forced him to crash in Race 1. The EuroSpeedway Lausitz was not his best friend, although that all changed for Race 2. A deluge of rain had set in at the track – situated 65km north of Dresden. Tom Sykes, who had pinched 20 points out of Rea’s lead in Race 1, crashed on the opening lap of the race, whilst Race 1 winner Chaz Davies could only manage a sixth place. This left Rea to cruise to a ninth victory of the year, heading home Independent stars Xavi Fores and Alex De Angelis. From the first back-to-back DNFs in five years to extending his championship lead, his last win of the year proved to be an important one.

Having looked like he had inherited a win in Race 1 after Chaz Davies crashed out the lead, Jonathan Rea suffered a similar fate after being overtaken by teammate Tom Sykes a lap before. The Ulsterman crashed out of second at the Old Hairpin with three laps to go. Eager to take a first win at Donington Park with Kawasaki, Rea set the pace in Race 2 and resisted Sykes’ onslaught in the closing stages. It was a day where Kawasaki came and conquered, but it would be Jonathan Rea who had done enough in front of his loyal home crowd to take the win. It was his first win at Donington Park in five years and would be his last win there until this year, when he completed the hat-trick to retake the championship lead. The numbers always seem to add up for the most successful WorldSBK rider of all time.

2018: Double trouble for the opposition at Imola…

It was his worst start to a WorldSBK season with Kawasaki in 2018; Rea was on just two of the first four podiums and was beaten in a titanic last lap scrap by Marco Melandri in Race 2 at Phillip Island. At Aragon and Assen, wins went to Chaz Davies and Tom Sykes respectively, proving that Jonathan was beatable. But at Imola, it was Rea’s turn to thoroughly stamp his authority on what had been up until then, a rather unpredictable opening to the championship. Demolishing the opposition in both Race 1 and Race 2, Rea stormed to his first double at Imola since 2015, and in Ducati’s backyard. This was the start of an unbelievable sequence for Rea, where he would feature off the podium in just one of the next 29 races. Just how has he done it?

2019: A last lap battle with WorldSBK’s young pretender at a majestic Misano

Trailing the championship lead, Jonathan Rea was beginning to look like he may lose his crown in 2019. However, two massive errors by championship leader Alvaro Bautista (ARUBA.IT Racing – Ducati) had really brought the Irishman back into play. However, in Race 2 at Misano, it would be Toprak Razgatlioglu (Turkish Puccetti Racing) who was the challenger. He led a race for the first time and wasn’t ready to give up his aspiration of giving Turkey a first WorldSBK win. The race went down to the last lap, with the two swapping paint and duking it out for World Superbike supremacy. In the end, experience prevailed over youthful exuberance and Rea held on to cut the gap to the championship lead to just 16. The rest as they say, is history…