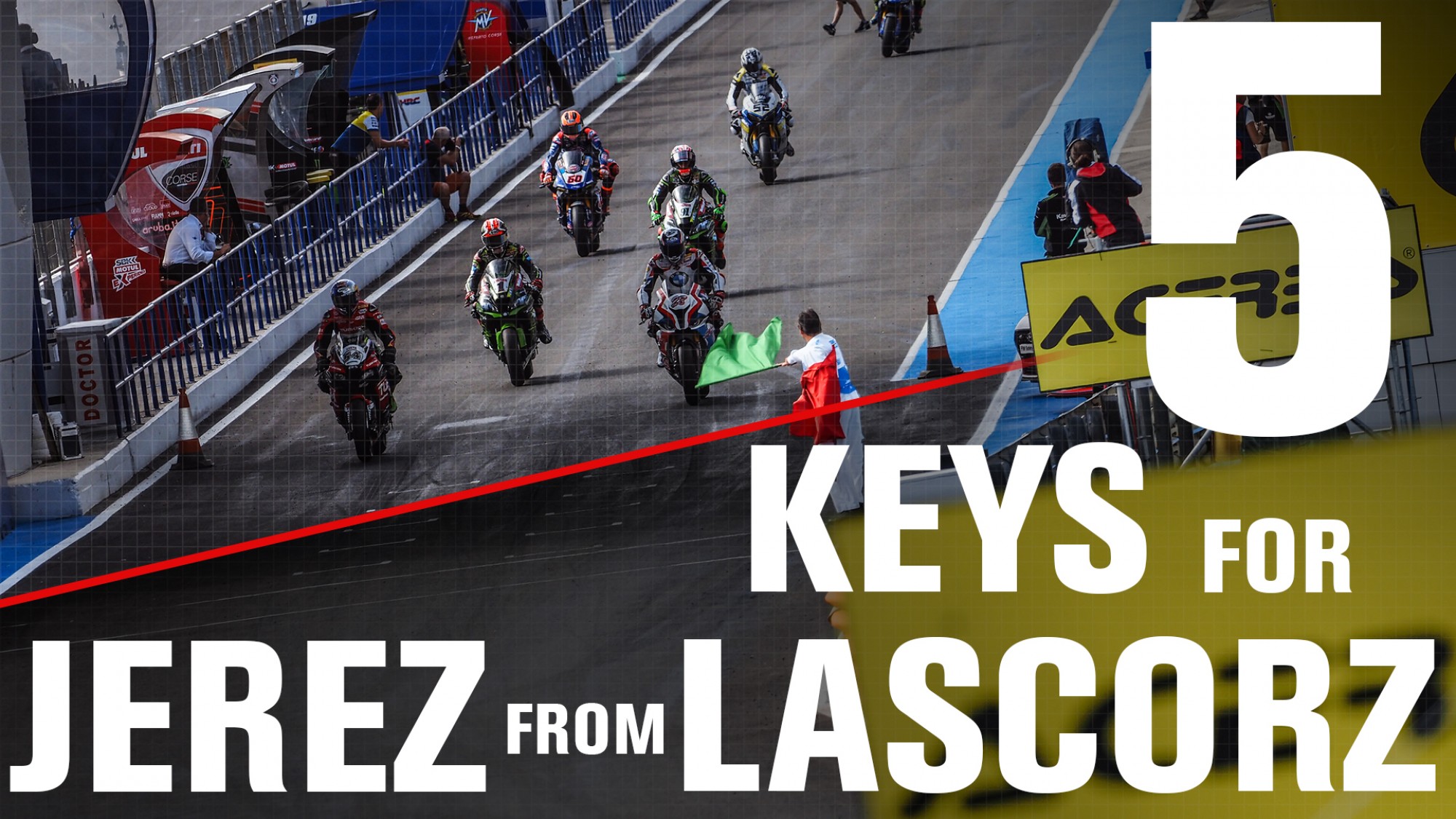 What does the Spaniard think will decide the action in Spain?

A former World Supersport race winner and teammate to Tom Sykes in World Superbike, Joan Lascorz is a man with plenty experience inside the MOTUL FIM Superbike World Championship paddock – and even more around the Circuito de Jerez – Ángel Nieto. Now a commentator for Spanish media covering all three WorldSBK classes, find out what he thinks will be key to succeeding in the Acerbis Spanish Round.

1. Beware of the Yamahas

“There will be more fighting for the wins at this circuit. The Yamahas were strong in the morning, but Bautista is the one who got the most out of that first run on the new tyre. I think the Yamahas will be in that fight for the podium and race win.”

“Bautista knows this track like the palm of his hand, he’s been racing here every year since his CEV days. He doesn’t need to think about the track, he needs to think more about his set-up. It will be tougher here for him than at other tracks we’ve seen this year, but he will have that extra assuredness from racing at home.”

3. Pedrosa Turn, get it right

“Everybody seems to be having trouble stopping the bike at the Dani Pedrosa turn, lots of riders were going in hot on the brakes. That turn will be key, not in terms of winning the race but rather not to lose it. Take it wrongly too often and you’ll be left behind.”

4. How will the champion handle the heat?

“I think the heat may be having an effect on Rea’s pace. He has always been very fast here in pre-season testing on a very cool track, while this morning he couldn’t go under 1’40. You could hear them talking about it, the rear tyre, he tried a compound which didn’t work well.”

“The most important thing that I saw this morning is that the grip from the new asphalt is causing the tyre to wear down easily. From laps 11, 12, all of the frontrunners started losing a lot of time, and you could see the wear from the TV coverage. It will be very important to have a good set-up, not for one good lap but to remain around the low, mid-1.40s in race conditions. Whoever can do that will have the pace to win.”

Watch all the action from the Acerbis Spanish Round LIVE and OnDemand thanks to WorldSBK VideoPass!