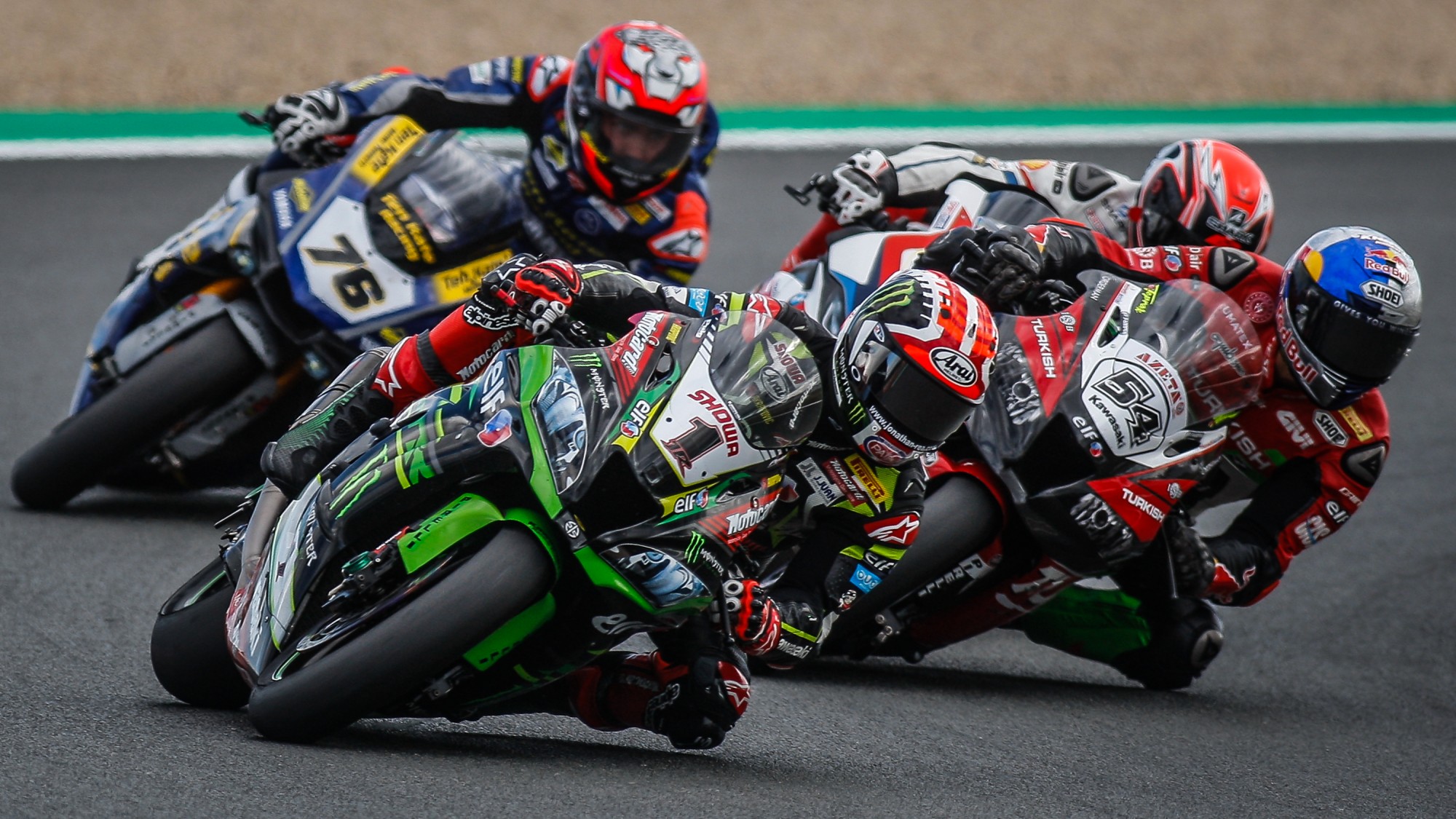 From fairing-bashing and rivalries emerging to head-to-head duels and the race for the title, the WorldSBK paddock had plenty of final lap conundrums in 2019…

With all the records and history in 2019, came the fight to achieve them. The 2019 MOTUL FIM Superbike World Championship was full of last lap battles in which numerous riders came out on top, whilst rivalries were formed, and races ended in gravel traps for others. Look back over some of the best last lap battles from the 2019 WorldSBK season.

The most notable in World Superbike was the stunning 800th race of the Championship’s history, where Toprak Razgatlioglu (Turkish Puccetti Racing) and Jonathan Rea (Kawasaki Racing Team WorldSBK) duked it out in fantastic fashion in France. Coming from 16th on the grid, Razgatlioglu survived an early race clash with the wayward Chaz Davies (ARUBA.IT Racing – Ducati), whilst never giving in to his rivals.

Overcoming a one second gap on the final lap of Race 1, Toprak got ahead of Champion-elect Rea at Chateau d’Eau and hit the front. Holding Rea off across the line, Toprak became the first Turkish winner of a WorldSBK race in one of the very best WorldSBK races of the season. The same would happen in the Tissot Superpole Race, with Razgatlioglu beating Rea in another last lap battle.

Earlier on in the season, Jonathan Rea had got the beating of Razgatlioglu at Misano in Race 2, when the Turkish rider, who had led for most of the race, was beaten in a final lap showdown with the reigning Champion. Attempting a pass at Turn 7, Razgatlioglu ran wide on exit and allowed Rea back through and despite throwing the kitchen sink at his fellow Kawasaki rider at the final corner, Rea hung on for success.

The Rea and Razgatlioglu rivalry came just two weeks after the Northern Irishman got in a spot of bother of his own, this time with 2020 teammate Alex Lowes (Pata Yamaha WorldSBK Team) in a battle for third place. The Jerez circuit returned to the calendar after a year out and the final lap and final corner saw one of the most dramatic moments of the weekend. Going for a late cut to the inside at Turn 13, Rea hit Lowes and the Englishman went down, whilst Rea crossed the line in third to complete the podium. However, Rea was demoted to fourth place for the move (promoting Marco Melandri) and would start the Tissot Superpole Race from the back of the grid.

Whilst not necessarily being a battle, the closest finish of the season came in Race 2 at Portimao, with just 0.111s splitting a valiant Alvaro Bautista (ARUBA.IT Racing – Ducati) and a determined Jonathan Rea at the line. The two had started the last lap with a second between them and it looked like it was all over, however, Rea dug deep and took advantage of a wilting Bautista, whose injured shoulder was beginning to give up on him. However, the Spaniard held on and took his first win since Misano.

Other last lap battles in WorldSBK included three all-out brawls at MotorLand Aragon, where Chaz Davies made a welcome return to the podium, whilst Eugene Laverty crashed out of podium contention in Race 1 of that weekend on the final lap, battling in a group of four for second place. Back in the first race of the season, Marco Melandri came from ninth on the grid to deny Alex Lowes a first ever podium at Phillip Island by just 0.050s. The final race of the season was also unpredictable, as Loris Baz (Ten Kate Racing – Yamaha) went head-to-head with Michael van der Mark and Leon Haslam (Kawasaki Racing Team WorldSBK), as all three swapped paint until the last corner of the season.

In WorldSSP, some of the hardest last lap battles occurred at MotorLand Aragon, Assen, Imola, Misano, Donington Park, Magny-Cours and Circuito San Juan Villicum, with both Italian rounds and the French round going down to the final sectors. However, the season ended on a high in the ultra-competitive WorldSSP300 class, where all races went down to the final corner, with the closest finish in the class’ history happening with their first ever visit outside of Europe at Losail.