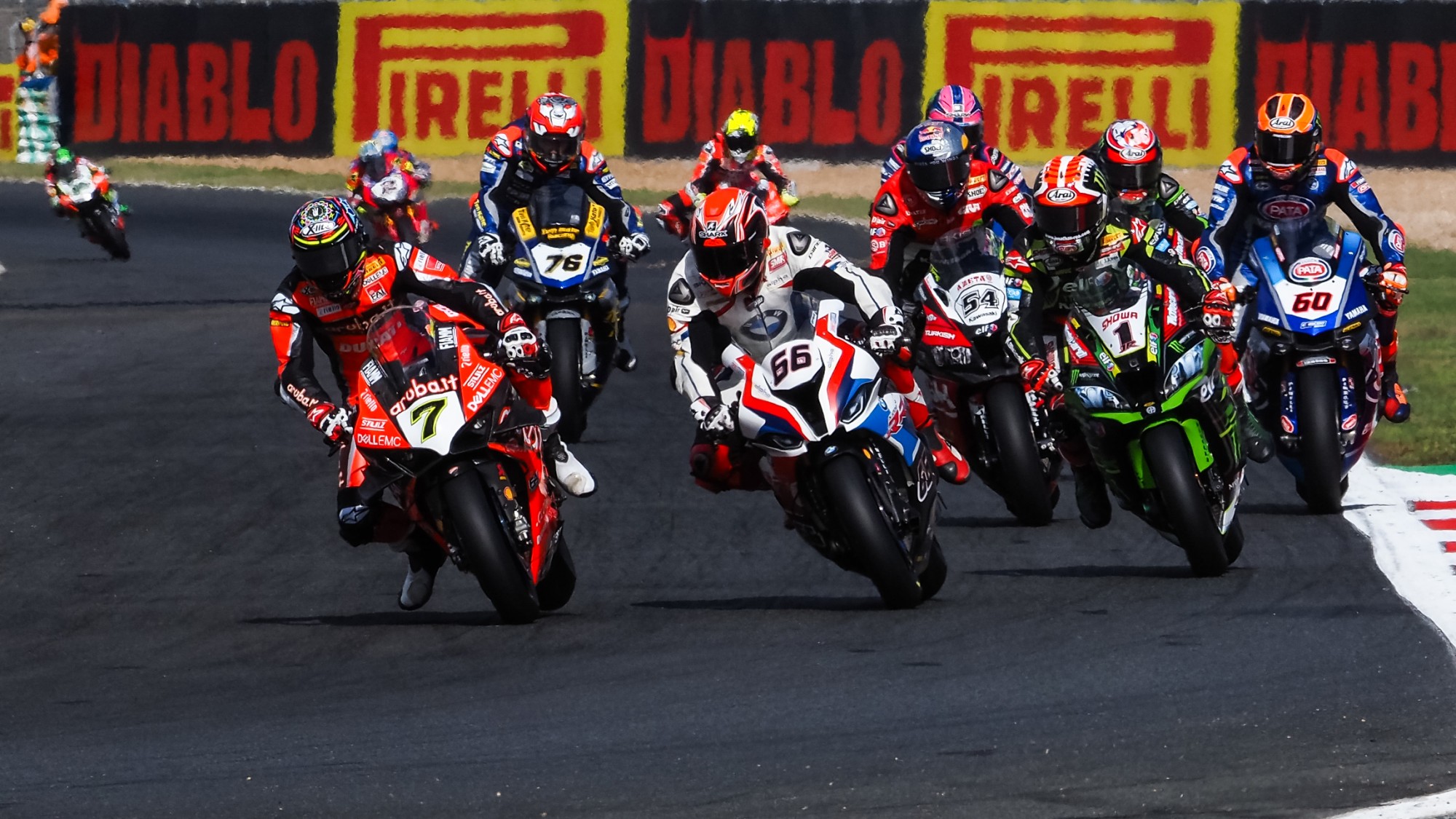 Constructors returned with road-going technology coming to the track, whilst updates and brand-new bikes made for spectacular racing!

The 2019 MOTUL FIM Superbike World Championship was as frantic as ever, with the return of the big manufacturers making for unpredictable racing and phenomenal success stories. With history made and records broken, it was also the return of BMW and Honda and the steps made by Ducati, Kawasaki and Yamaha that added a flare and flamboyancy to the spectacle of 2019. Closing the decade on a high, 2020 awaits even more scintillating racing.

After a nervy start to the season which saw Kawasaki go 11 races without a race win, a tantalising comeback from Jonathan Rea and a stunning season from Toprak Razgatlioglu brought the Japanese manufacturer back into contention, with them standing on the podium in an unprecedented 35 races in one season, a record for a manufacturer. Small improvements and a hard-working team both at the track and also back in Japan combined together to make an already winning combination an even stronger force. The team in green are still the ones to beat.

Having said that, Kawasaki didn’t have it all their own way in the opening races. Alvaro Bautista (ARUBA.IT Racing – Ducati) created history by equalling the string of consecutive race wins by storming his first 11 races in WorldSBK. But the Ducati Panigale V4 R became more of a complete weapon throughout the year, even if Bautista’s season tailed off at the end. Every Ducati on the full-time entry list achieved a top six finish and Chaz Davies (ARUBA.IT Racing – Ducati) became a consistent force at the end of the season. With Scott Redding onboard in 2020 and fresh from BSB title success on the Panigale V4 R, will 2020 be Ducati’s season?

More incremental steps were made by Yamaha in 2019, with a win coming their way from Dutchman Michael van der Mark (Pata Yamaha WorldSBK Team) at Jerez in Race 2. The first podium of the year came courtesy of Marco Melandri (GRT Yamaha WorldSBK) with third at Phillip Island in Race 1, whilst Alex Lowes (Pata Yamaha WorldSBK Team) eventually got into his stride and achieved nine podiums throughout the year. Finishing as third in the world, Yamaha know that their line-up of van der Mark and new-kid Toprak Razgatlioglu will see them fight for wins and perhaps the title in 2020…

After six years away as a factory-backed effort, BMW returned to the WorldSBK grid as a works manufacturer and despite some struggles and technical problems in the opening races, became a force in the mid-season. Tom Sykes (BMW Motorrad WorldSBK Team) and teammate Markus Reiterberger had both been on the front row in the opening four rounds, whilst Sykes took a long-awaited podium in the wet at Misano. His first pole would come Donington Park where he led in the Tissot Superpole Race, whilst he battled hard with former teammate Jonathan Rea at Magny-Cours. With Sykes retained and former WorldSBK runner-up Eugene Laverty in the garage for 2020, a title challenge could be on the horizon.

Honda achieved a handful of top tens in 2019, as HRC returned to the Championship in collaboration with Moriwaki. Leon Camier and Ryuichi Kiyonari, coupled with Alessandro Delbianco (Althea Mie Racing Team) all had stand-out rides and strong Tissot Superpole grid positions, although the real fight will come in 2020 with reigning vice-Champion Alvaro Bautista joining the team, alongside 2010 runner-up Leon Haslam. 2019 was just a taste of the tantalising action that is set to come…

Watch the 2019 season back in full and get ahead of the game in 2020 with the WorldSBK VideoPass!