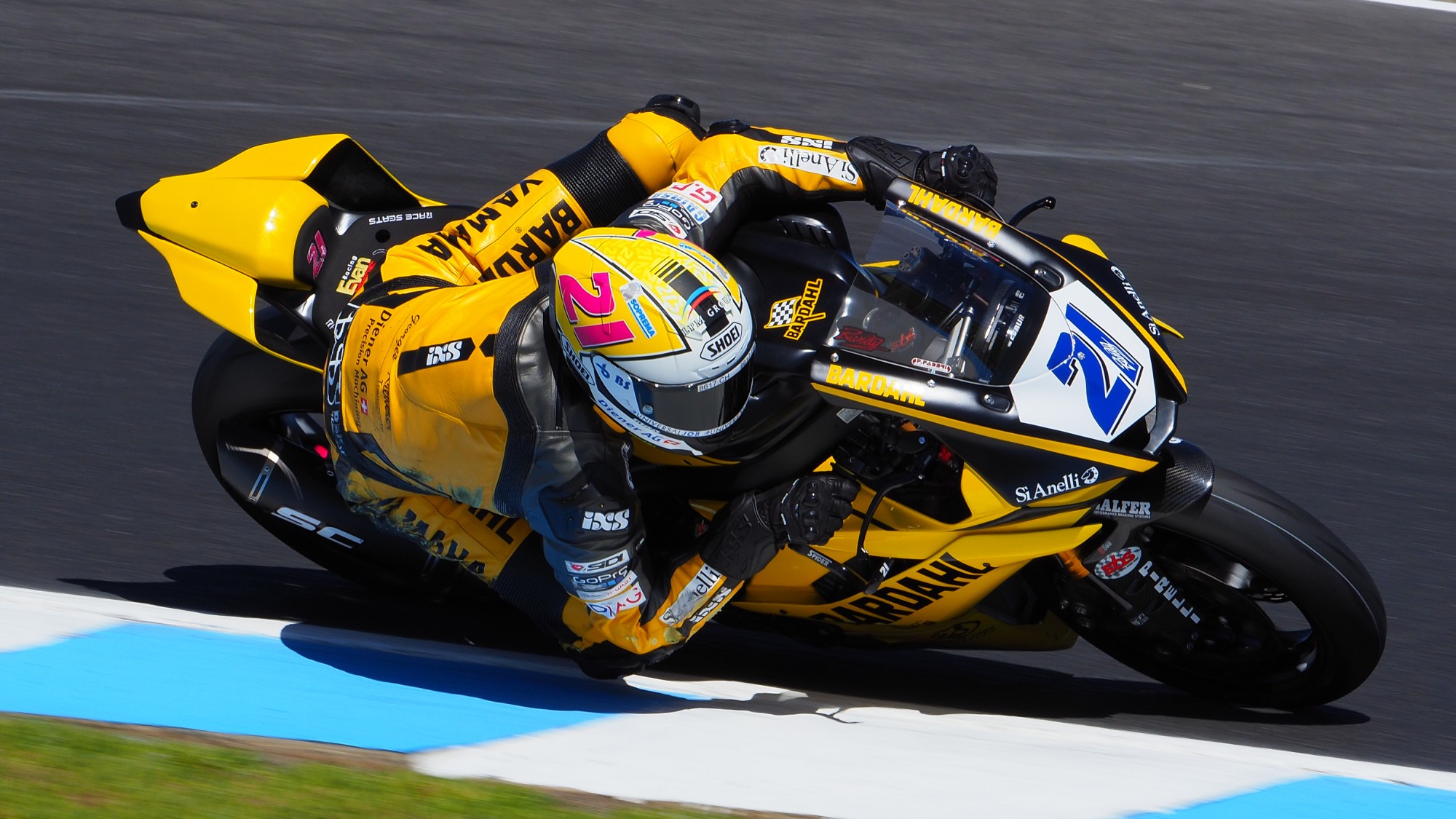 The opening practise of the day got underway under the sunny Australian skies, and the FIM Supersport World Championship were preparing for the opening round of the season with the final test of the pre-season, and Randy Krummenacher (BARDAHL Evan Bros. WorldSSP Team) impressed with a blistering time in the mornings session to end the test on top.

Reigning world champion Lucas Mahias (GRT Yamaha Official WorldSSP Team) had a strong opening to his defending season as champion, and spent the majority of the two days at the top of the timing screens, and was narrowly beaten to the top by 0.048s. Feeling confident ahead of the Yamaha Finance Australian Round, he put in over 70 laps across the two days. Whilst his team-mate Federico Caricasulo (GRT Yamaha Official WorldSSP Team) had a tough second day, unable to set a time in FP4. Despite this, he ended the day in third position overall with a lap time of 1.33.643.

Newcomer to the championship Sandro Cortese (Kallio Racing) sat in fourth position overall as he is already impressing in the WorldSSP class, clearly getting to grips with the YZF-R6. Home hero Anthony West (EAB antwest Racing) completed the day in the top five, just half a second off the top of the times.

Five time world champion Kenan Sofuoglu (Kawasaki Puccetti Racing) had a tough second day Down Under, as the Turkish rider was working on different set-up options throughout the day. Finishing half a second off the top, there was a full second between the top ten meaning we are set for a very competitive start to the WorldSSP season.

Catch up with the complete WorldSSP results here

Keep up with the pre-season WorldSBK action with the WorldSBK VideoPass before the season officially starts this weekend.