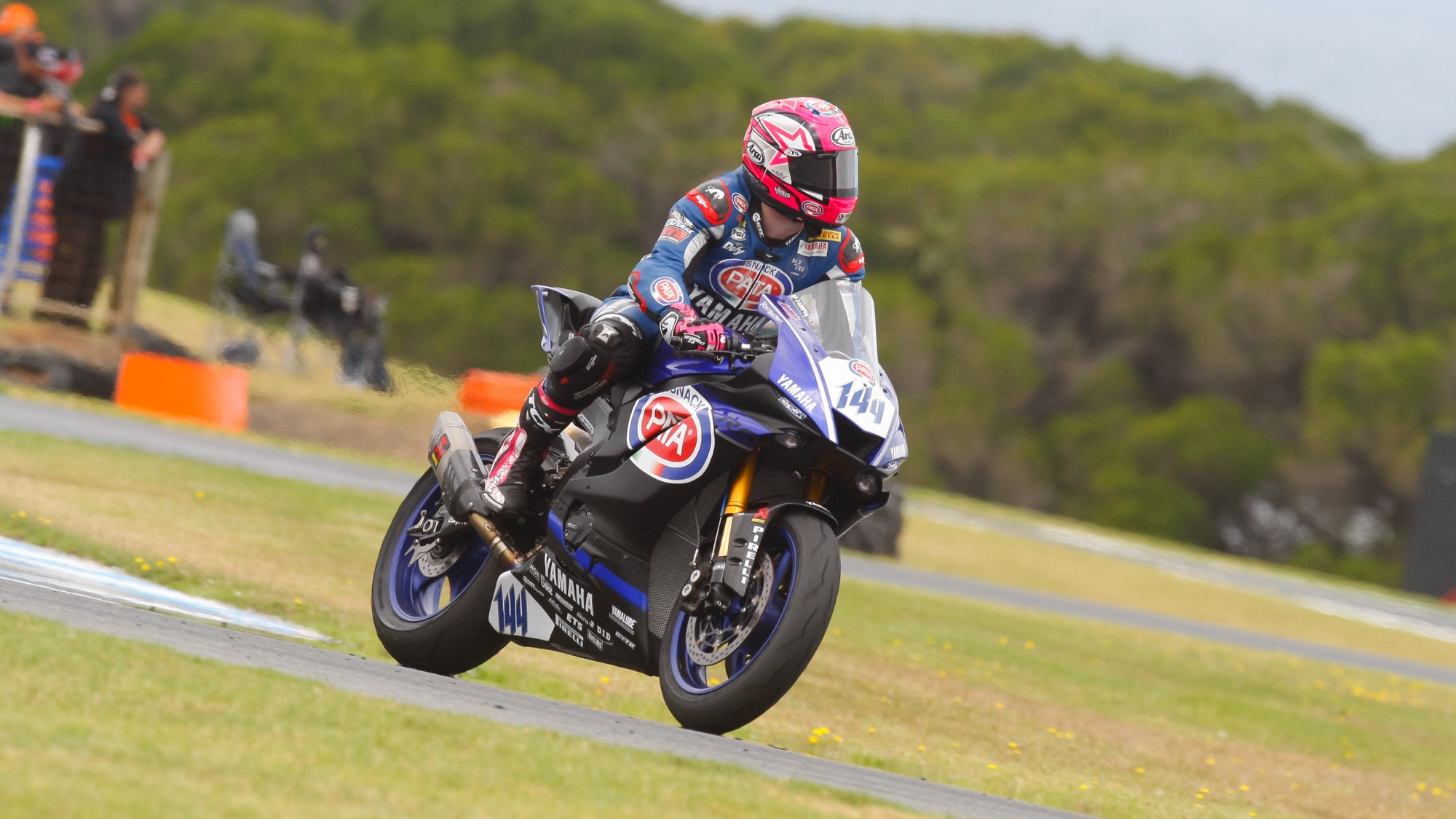 Lucas Mahias (GRT Yamaha Official WorldSSP Team) took an emphatic first win of the season at Phillip Island as the reigning Champion took the holeshot and streaked away from the pack in an impressive show of pace. But the podium battle was a three-way scrap for honours, with 2016 Phillip Island winner Randy Krummenacher (BARDAHL Evans Bros. WorldSSP Team) crossing the line just clear of a drag to the line between Sandro Cortese (Kallio Racing) and Federico Caricasulo (GRT Yamaha Official WorldSSP Team) – with Cortese just ahead to begin his World Supersport career on the rostrum.

There was drama from the off for WorldSSP, with the first attempt at the race Red Flagged due to a crash after a handful of laps. Ant West (EAB Antwest Racing) wasn’t able to restart after a technical problem, but Hikari Okubo (Kawasaki Puccetti Racing) was despite an early crash for the Japanese rider. West was unable to make it back to the pits; something required in order to be allowed to restart.

With the grid reset into original positions, the race distance was shortened to nine laps – taking away the necessity for a pitstop that had been originally announced on Saturday for safety reasons – and the all-out sprint saw reigning Champion Mahias and key rival Kenan Sofuoglu (Kawasaki Puccetti Racing) dueling off the line; the Frenchman able to take the lead. Sofuoglu slotted into second with Caricasulo and Krummenacher just behind, before the Turk began to fade as the laps ticked on.

The battle for the podium wasn’t set as a duel, however, as Cortese sliced through the field after a tough start and was catching the two men ahead with some serious speed. By the last lap, Krummenacher had just enough clear air to take second – and 2012 Moto3™ Champion Cortese timed his attack to perfection out the final corner, tucked in behind Caricasulo to beat the Italian over the line by centimeters.

Luke Stapleford (Profile Racing) took fifth on his Triumph after a fantastic first race of the season, a comfortable margin ahead of the first MV Agusta of Italian Raffaele De Rosa (MV Agusta Reparto Corse by Vamag), with Jules Cluzel (NRT) in seventh. Cluzel, a two-time winner in the class at Phillip Island, had an early run off that dropped him well down the order and almost outside the points – but the Frenchman sliced back through the field to make up seven positions in fewer laps and head up a group of four riders close over the line.

Kyle Smith (GEMAR Team Lorini) was P8 and next in that group, his Honda making it four manufacturers in the top ten. That top ten was completed by Ayrton Badovini (MV Agusta Reparto Corse by Vamag) and Thomas Gradinger (NRT).

Niki Tuuli (CIA Landlord Insurance Honda) and Loris Cresson (Kallio Racing) were P11 and P12, ahead of five-time World Champion Sofuoglu by the flag. After his early pace fighting at the front, the Turkish rider dropped back in the latter stages, feeling the effects of a big crash on Saturday morning that hampered the start of his mission to take back the crown. His teammate Okubo was P14 and just behind him, with an even smaller gap of just hundredths back to the rider completing the top fifteen, Tom Toparis (Cube Racing) - the wildcard entrant beating off some experienced competition to impress.

Now it’s time for Thailand and Buriram: a whole new challenge, a completely different track and much higher temperatures. Can Mahias do it again? Or will Sofuoglu strike back...

Get your VideoPass now to relive Phillip Island, and then tune in for the rest of the stunning 2018 season either live or OnDemand! 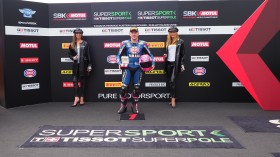 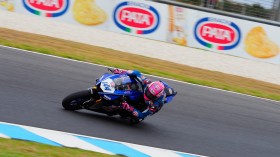 The reigning Champion ends Day 1 on top, with Krummenacher and Cortese on the chase